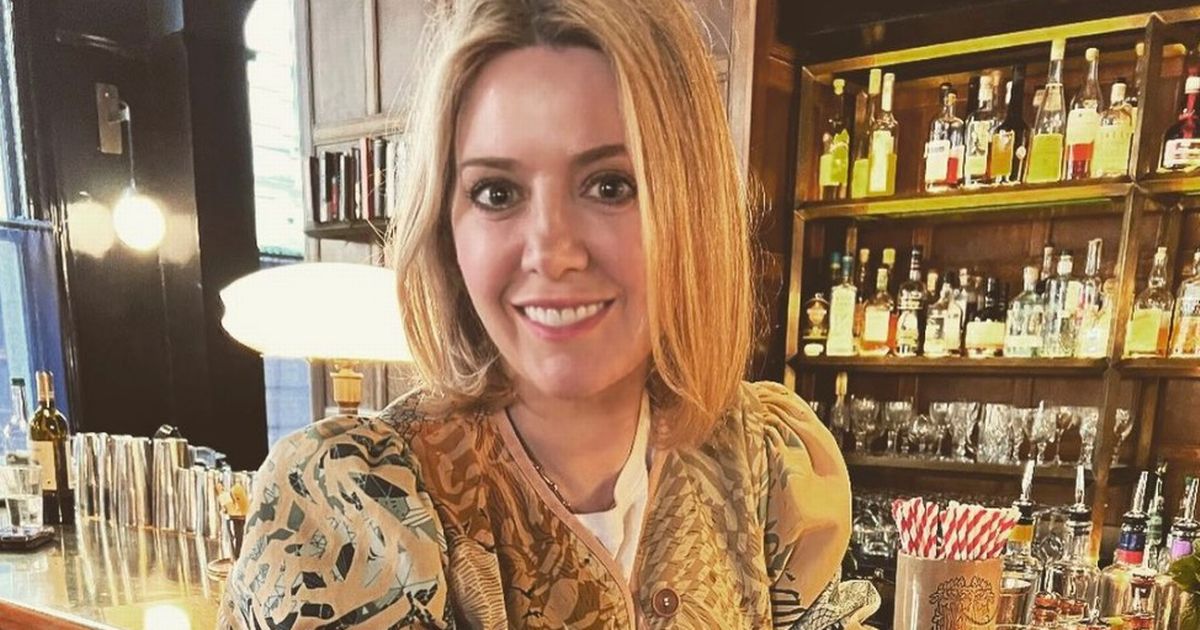 Coronation Street star Sally Carman, who plays Abi Franklin on the ITV soap, was full of praise for her co-star beau Joe Duttine in a post before admitting to fans she was unwell 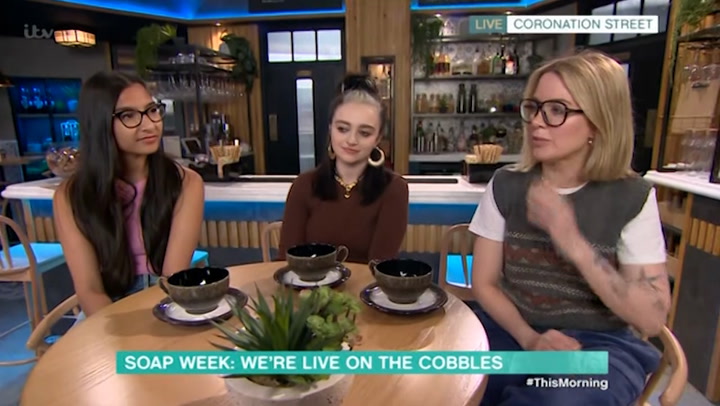 The 41-year-old Abi Franklin actress, who recently admitted she isn’t told future plot lines to stop her spilling secrets, shared a photo of 51-year-old Joe, who plays Tim Metcalfe on Corrie, posing alongside her beloved dad.

Sally’s snap sees her dad and actor Joe sat next to one another at a table inside a cosy looking pub.

Actress Sally’s dad looks content as he smiles while wearing a blue shirt while her soap star hubby-to-be Joe is dressed in a khaki shirt, which he has open, and a white top underneath.

Joe is also wearing a pair of glasses and a farmer’s cap as he leans towards his future father-in-law for the snapshot.

As Corrie star Sally, who recently stunned fans with her real-life look, shared the photo with her 126,000 Instagram followers, the actress couldn’t help but gush over the two men in her life in the caption.

She wrote: “Happy Father’s Day to these two legends” followed by a yellow heart emoji.

“How lucky am I to strike gold twice,” Sally wrote as she ended the caption with three yellow heart emojis.

Sally is best known for playing Abi Franklin on Corrie

Many were in agreement with the actress, including her co-star pal Sally Dynevor who said of Joe: “He is fabulous xx”.

While one fan commented: “Love the photo”. And another gushed: “What a wonderful picture of 2 great people.”

Sally, who is a step-mum to Joe’s two children from a previous relationship, later followed up the post with a photo of her posing in a stylish jacket at the bar of a pub before admitting she has been feeling poorly recently.

In the image, actress Sally looks happy and confident as she smiles for the camera while wearing the printed bomber-style jacket with puff sleeves and buttons.

She paired it with a white top and a pair of midwash denim jeans for a casual look.

Although she looked well in the snap, Sally admitted she had been “in denial” about having a cold at the time the image was taken.

She confessed to fans in the caption: “Me yesterday in denial about the horrible cold I’m now full of.”

“How gorgeous is my @sophie_darling_ jacket though? Not an ad, just a thing of beauty that you all deserve to see,” she told fans by finishing off the caption with a series of hashtags to indicate the jacket was handmade from a small, sustainable business.

Sally was flooded with messages of well-wishes from fans

Fans were quick to share their well-wishes to Sally as one said: “Oh no Sally hope you get better soon Sally”.

Another added: “You look gorgeous – I love that jacket! Get well soon”.

Sally and Joe are due to walk down the aisle in December 2021 after getting engaged in lockdown. They were forced to put their wedding plans on hold in 2021 due to the coronavirus restrictions.

The couple have since decided to wed in December this year as Sally told Loose Women: “I’m not quite sure where we’re going to be in December. The way things have been dealt with, I didn’t want to risk arranging a wedding.

“We want to have a party. So if there’s 15 people allowed to come, it’s not great really.

“So we thought that it was best if we defer it for a year, and hopefully get the wedding that we want.”

« Alison Hammond 'torn' over going public with boyfriend after past heartbreak