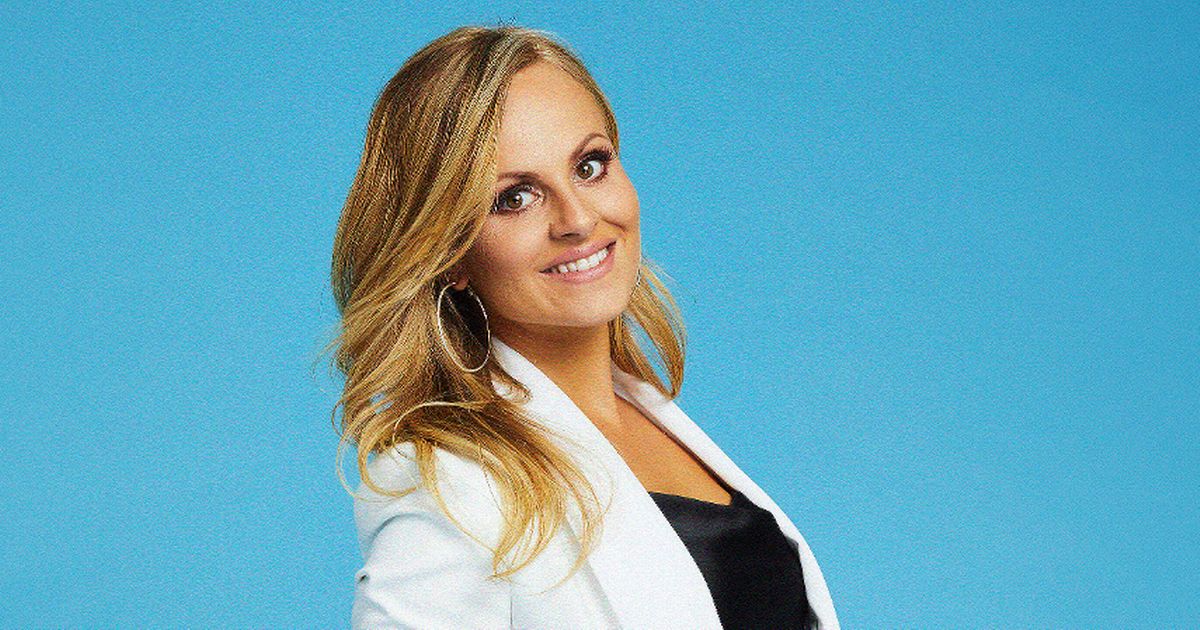 Waiting for a celeb on Zoom can be nerve-wracking, but with Corrie’s Tina O’Brien, it’s like greeting an old friend.

It all feels very familiar, but it would – after all, she’s been on screen since she was just 16 and Sarah Lou has lived quite the life. And we’ve lived it with her.

She’s chatting to us from the Manchester home she shares with hubby Adam, Scarlett, 11 (her daughter with ex-partner and ex-Corrie co-star Ryan Thomas ), and son Beau, five, and pops up looking enviously fresh-faced, wearing baby pink which is perfectly co-ordinated with a pastel painting behind her.

However, Tina does turn her camera to give us a quick glimpse of the ‘naughty corner’ – the booze-filled bar. And if her hilarious drunk Instagram videos are anything to go by, we guess that’s Tina in a nutshell – nice, with a naughty edge. 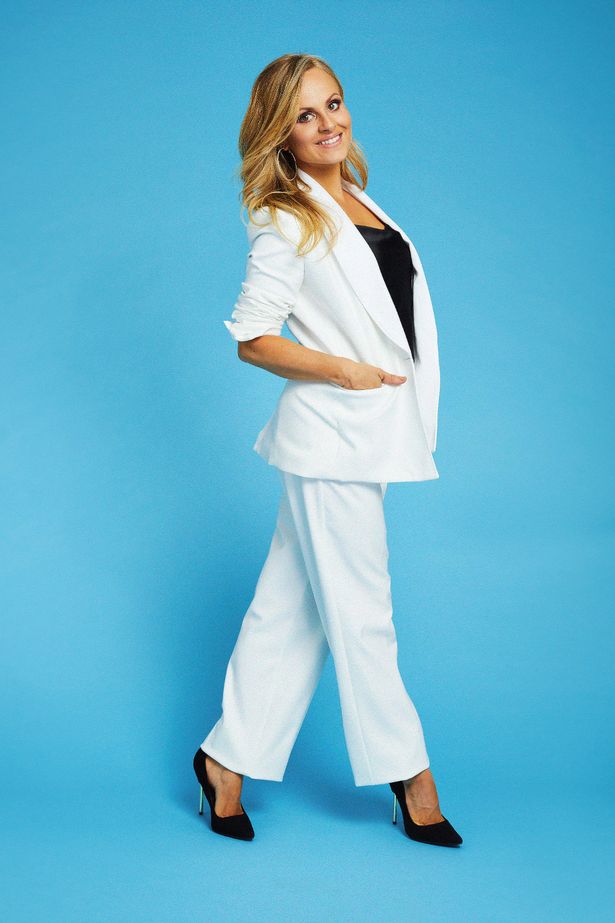 Sarah’s a role Tina has made her own since taking it on back in 1999, and boy, has she been through a lot – even by soap standards.

From that teen pregnancy, to being driven into a canal by evil, glove-wearing Richard Hillman, to getting held hostage and being jilted at the altar – her childhood was textbook Soap.

But even now she’s all grown up, she’s not escaped the drama (who wants happy, normal people on the cobbles anyway, eh?) and is currently in the middle of a love triangle with husband Adam and her ex, Gary.

Luckily, off screen her life’s infinitely calmer and we get to meet the whole gang as they poke their heads into the room, from Adam – who she cutely nicknames ‘chicken’ – to their newest family member, puppy Cookie, who jumps up on her lap to get in on the action.

Here Tina talks married life, returning to work and the perks of fame… 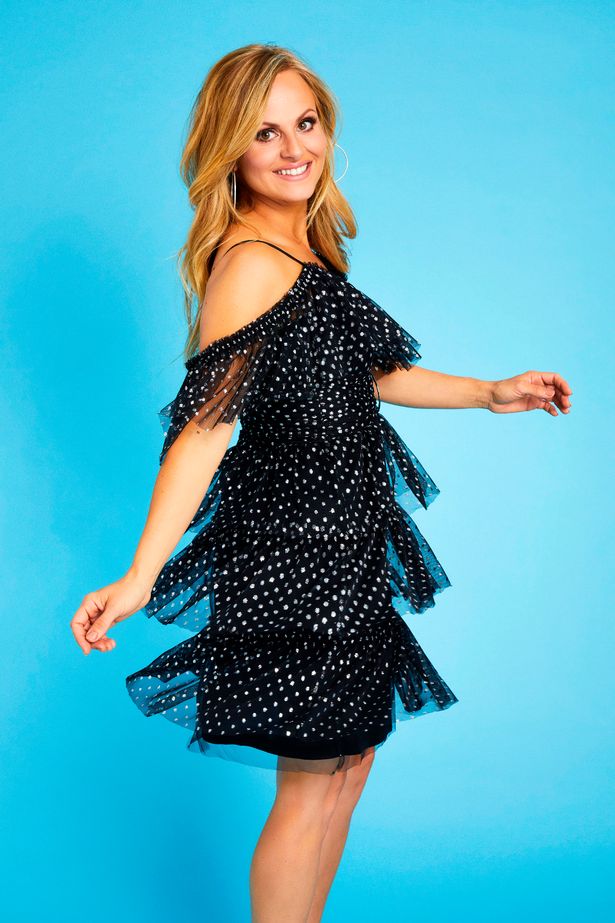 I know, she’s like a little teddy bear. We got her in lockdown, the day before I went back to work. It’s been like having a baby! She sometimes cries in the night and you have to go and settle her, and she’s not fully toilet trained yet.

We nicknamed her Gizmo after the Gremlin, because she has a crazy hour every now and then where she will bite your ankles off if you go near her. We say, ‘Oh dear, she’s gone Gizmo!’

We just spent a lot of time together as a family, which was wonderful. And I grew vegetables – courgettes and tomatoes. Well, I’m still attempting to, they’re not looking great!

How about married life a year down the line?

We’re just really happy. I’ve got used to saying ‘husband’! We’ve been so fortunate through lockdown. There was one day when I had a bit of a meltdown and everyone vacated, but apart from that we got on so well. I love being married. I’d highly recommend it. 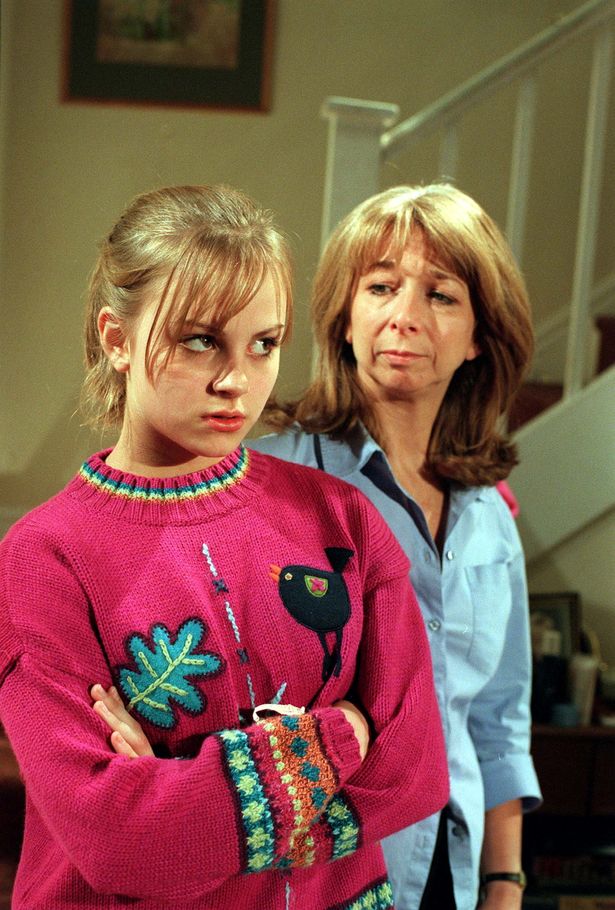 What was it like returning to the cobbles after a three-month break?

It was like going back at school after the holidays, times a hundred. But very quickly I realised how wonderful it was to be back.

Although they’ve put measures in place, and the building does feel slightly strange with the arrows and tape on the floor, I realised it’s the people that make the building.

It’s a cliché, but it is a family. Jack (P Shepherd, who plays David) is like an annoying brother and drives me mad. I don’t think he’d ever say anything heartwarming to me… ever! And I love Helen Worth who plays Gail, too.

When you got the call to say you’d been cast, did you imagine it’d totally change your life?

I’ll never forget that day. My agent told my mum, who came in and told me. I’d just started college and I couldn’t tell my friends why I was leaving, so it was a big secret.

They kept saying, ‘Why are you being a college dropout?!’

There were also mixed emotions and I cried. I was overwhelmed, but I was also acutely aware that my life was going to change – that I was suddenly going to become recognisable, and that I wouldn’t be walking around a supermarket minding my own business. I found that quite daunting. 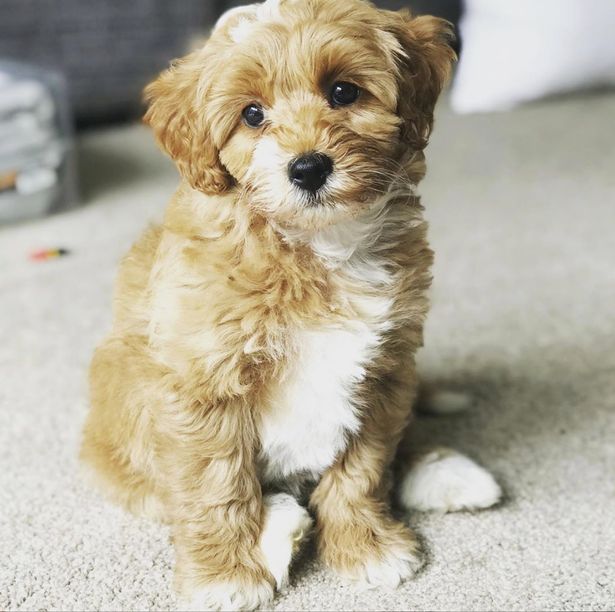 Well, it worked out…

It’s been amazing. Recently I showed my daughter Scarlett some of the first episodes I did and she found it so interesting that I was doing family scenes with a family that wasn’t my own.

She almost got a bit jealous! She said, ‘I don’t like it when you hug that baby!’ Then, ‘You’ve been playing this for years!’ and I realised I really have.

Speaking of Scarlett, she seems like a proper little entertainer…

She is! She’s a really good mimic. And the most incredible singer. She’s brilliant and she’s getting better and better. I’m really excited for her when she’s older.

I run drama classes for children, so she’s been coming to them since she was four. When she was younger she’d say, ‘I don’t want to go,’ but I’d say, ‘Tough, I’m going, so you’re coming with me!’ 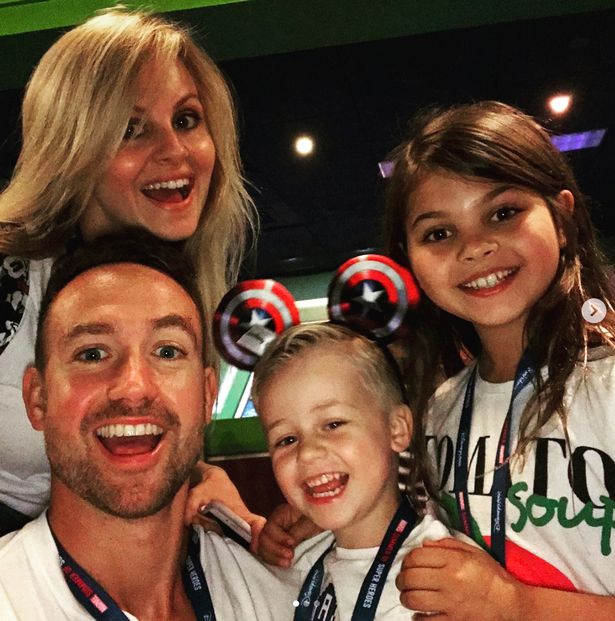 Now, she’s like, ‘Are you going today? Please can I come!’ She loves it and even says, ‘It’s my favourite place to be because I feel like I get to be who I am.’

Do you mind her going into it so young?

I would be happy for her to do whatever she wants to do. She’s just auditioned for a new Disney thing that would be filming in LA.

She had a lot of script to learn and I said, ‘This is the reality, Scarlett. If you want to do this, you have to put the time and effort in.’

Her American accent was ridiculous, though. So good! I think she’s got the bug. But she also loves the idea of being an entrepreneur – so I’m not quite sure what she wants to do.

She looks at her Uncle Scott (Thomas, from Love Island ) and says, ‘He has his own business… I fancy doing that!’

Are you ready to run around after her if she becomes a little movie star?

Absolutely, and I’d be more than happy to do that. I just adore her, so I’m quite happy to be the lackey and chaperone. 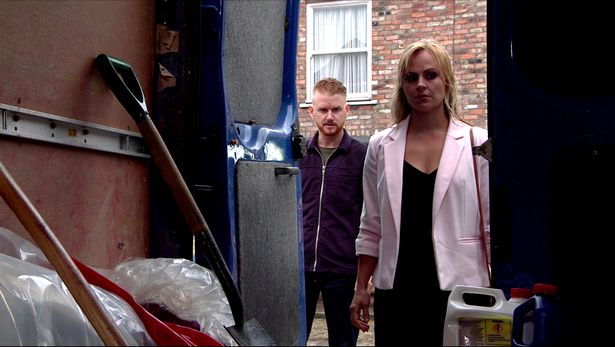 What’s the best bit about fame?

You get to meet so many people, have so many wonderful experiences and it’s a conversation opener.

As I’ve got older, I’m much more comfortable in my own skin. When I was 16 and someone came up to me and said, ‘You’re on Coronation Street!’

I’d be a bit embarrassed, whereas now I’m much more open. People always tell me I sound like Sarah Platt on the phone!

You took a break from social media earlier this year. Why?

I kept comparing myself to other people. I’d look through Instagram thinking, ‘Oh, that girl I know is so beautiful. Look how happy she is!’ and then I’d think, ‘Am I as happy? Am I as beautiful?’

I also felt a bit fraudulent because I was posting things about ‘living my best life’, and I wasn’t posting a picture of me mid-period eating chocolate on the sofa crying to Love Actually.

I just didn’t buy into it any more and I didn’t want to pretend, either. So I decided to take a break and, actually, it was a good idea.

The people I get most starstruck by are those that were big in the 90s. If I see a Spice Girl, I can’t even speak. I met Baby Spice, Emma Bunton, at a do and she was very complimentary to me. I couldn’t believe it. I’m a massive, massive Spice Girls fan. 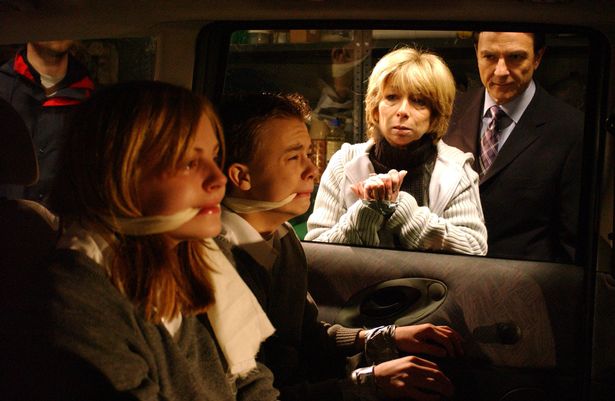 Do you have any hidden talents?

Juggling. I also like messing around with gymnastics and can do headstands and handstands. My husband’s really good, though. He can do backflips on the trampoline, whereas I can only do a front flip.

Sarah’s got herself into a bit of a tricky situation with Adam and Gary, hasn’t she?

She’s under no illusion that if she carries on protecting Gary’s secret that he killed loan shark Rick, she could lose her husband. Her loyalty to Gary could potentially wreck her marriage.

What storyline do people most talk to you about?

A lot of people of a certain age still go back to the teenage pregnancy. Then they say, ‘I’ve watched Corrie for years – do you remember when you went into the canal?’

What are your memories of filming those scenes?

It was freezing! Jack tells me that apparently they had to crack the ice. I remember in between takes we could get out and have a warm shower because it was that cold.

I was young then and it was so exciting. Now I’d probably be like, ‘It’s a bit cold and it’s 2am. Can we go home please?’