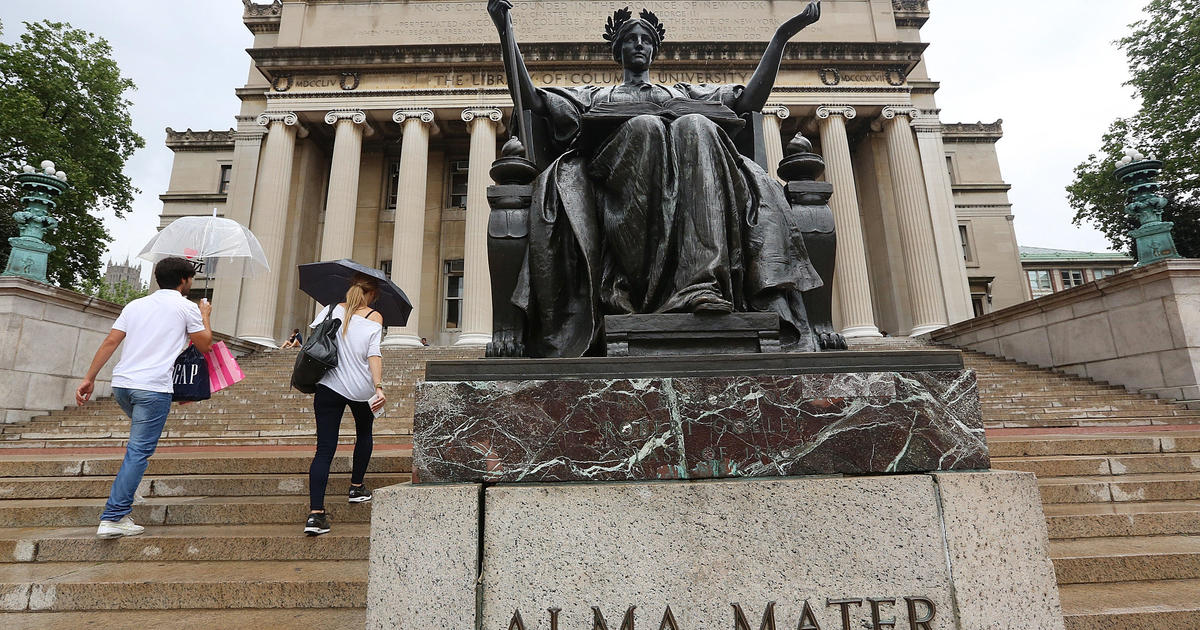 Columbia under investigation for its handling of sex assault allegations

The Manhattan District Attorney’s Office is pursuing a criminal investigation into Columbia University’s handling of incidents involving a former gynecologist accused of sexual assault by dozens of patients, according to a source with knowledge of the investigation.

The doctor, Robert Hadden, was charged Wednesday in federal court in six cases in which patients traveled from out of state for appointments at medical offices affiliated with Columbia University in New York. He has entered a not guilty plea in the case.

But federal prosecutors also allege that Hadden assaulted “dozens of female patients, including multiple minors” between 1993 and 2012. In the indictment, they said one of the minor patients had also been in his care years before the alleged assault — when he delivered her. The case filed Wednesday focuses on patients who traveled interstate for their appointments because it is a federal crime to induce victims to cross state lines for sexual abuse.

Hadden is accused of using “mole checks” and pelvic examinations as cover to touch and lick patients inappropriately.

After Hadden’s arrest Wednesday, the office of Manhattan District Attorney Cyrus Vance said in an emailed statement that it is engaged in an “intensely active” investigation “which examines potential failures by Dr. Hadden’s employer and hospital to disclose additional incidents of abuse to our office and to regulators when required.” The source later confirmed that the statement referred to Columbia.

Asked about the criminal investigation, a spokesperson for Columbia University said, “Columbia cooperated fully with the District Attorney’s original investigation of Robert Hadden, and is continuing to do so.”

Vance’s office has received withering criticism from former patients for a plea agreement it struck with Hadden in 2016. Prosecutors had indicated in court filings that they had investigated claims by 19 former patients and witnesses, but as part of the deal, Hadden pleaded guilty to felony counts of criminal sex act in the third degree and forcible touching.

The 2016 plea agreement also included a stipulation downgrading Hadden’s sex offender status to the lowest level, meaning he is not listed in New York State’s online sex offender registry. Hadden was forced to forfeit his medical license but served no jail time in connection with the case. As part of the plea deal, Vance’s office agreed not to prosecute Hadden “for any similar crimes….known to the District Attorney’s office” as of February 23, 2016.

In the federal case, Hadden was released Wednesday on $1 million bond.

Dozens of new accusers came forward this year after Evelyn Yang, whose husband Andrew sought the Democratic nomination for president, said in an interview with CNN that Hadden had assaulted her.

Anthony DiPietro, an attorney who represents former Hadden patients who filed a lawsuit against Columbia University in 2017, said Friday that about 80 people have emerged with new allegations against the doctor since Yang’s interview. He said in total 110 former patients have come forward.

“I also feel like we’re just scratching the surface of what prosecutors are going to uncover,” DiPietro said.

Columbia has denied claims that they didn’t act appropriately, and also contested the case on procedural grounds. Hadden has denied all allegations except those for which he entered the 2016 guilty plea.

The source with knowledge of the investigation said it is focused on additional allegations that surfaced in the years since those 19 patients first came forward.

Marissa Hoechstetter was among the former patients who first came forward to criminal investigators in the 2016 case — and the only one to forego anonymity when the lawsuit against Columbia University was filed. Hoechstetter said Thursday that Vance’s office is “doing now what they should have done years ago.”

“The hospital should have brought forth information in the nineties, but even if you assume the district attorney knew nothing until 2012 (when Hadden was first interviewed by police), they should have done then what they’re doing now.”

Hoechstetter, who said she suffered abuse during her pregnancy with twins and postpartum care, called for Vance’s resignation during a January protest at New York’s City Hall. Hoechstetter said Thursday the renewed attention seems to have kickstarted the case.

“It feels like they’ve been shamed and forced publicly in a way to go back and do an investigation,” Hoechstetter said.

Read More: Columbia under investigation for its handling of sex assault allegations

« 8,800 migrant kids have been expelled under pandemic border policy