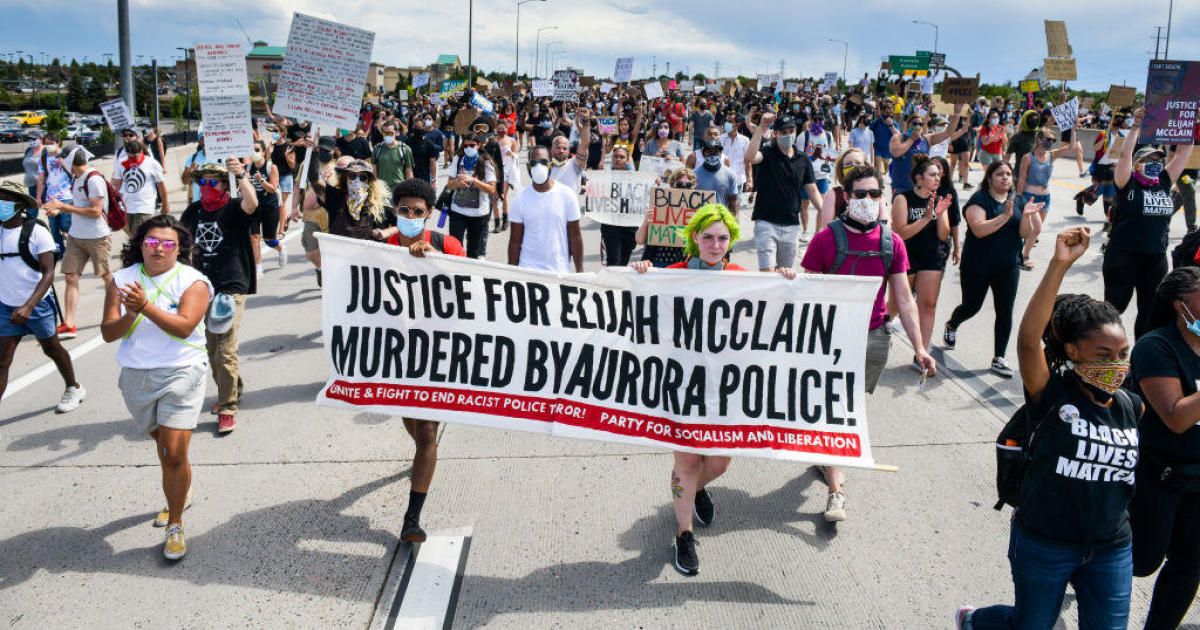 The parents of Elijah McClain, a 23-year-old Black man who died last year after officers in suburban Denver put him in a chokehold and paramedics injected him with a sedative, sued police and medical officials Tuesday, while the Colorado attorney general announced a civil rights investigation into the law enforcement agency.

The investigation into the Aurora Police Department is the first under a new police reform law passed after George Floyd’s death in Minneapolis set off global protests. The office of Attorney General Phil Weiser said it’s been looking into whether officers have been depriving people of their constitutional rights for several weeks and it’s separate from the probe into McClain’s death, which Gov. Jared Polis ordered in June.

They are among several investigations into Aurora police, which have drawn outrage for McClain’s death and other run-ins with people of color amid a national reckoning over racial injustice and police brutality.

Also Tuesday, Aurora’s city manager and new police chief said an outside firm would do a comprehensive review of the department, including policies and practices on use of force and discriminatory policing. The City Council already has begun an investigation of Aurora’s policies on using force and ketamine, the sedative injected into McClain.

“We embrace this opportunity for change and are committed to evolve for the betterment of our profession, our community and the residents we serve,” Police Chief Vanessa Wilson, who was named to the post last week, said in a statement.

In a federal civil rights lawsuit, Sheneen McClain and Lawayne Mosley said they were seeking both accountability for the loss of a “beautiful soul” and to send a message that “racism and brutality have no place in American law enforcement.”

The lawsuit alleges that Elijah McClain was unlawfully stopped on the street last August and that officers later sought to justify their aggressive treatment of the massage therapist by filing an assault charge against him and making a notation in a police report suggesting that he was connected with a gang.

Aurora spokesman Julie Patterson said the city attorney is reviewing the lawsuit but declined further comment on it.

McClain’s parents said in a statement released by their lawyer that their son was a creative and peaceful man who played his violin for cats at animal shelters to ease their loneliness and would not swat a fly.

On August 24, 2019, police stopped McClain as he walked down the street wearing a ski mask with his headphones on after they got a 911 call from someone who reported him as “sketchy.” His family said he wore the mask because he had a blood condition that caused him to get cold easily.

Police body-camera video shows an officer getting out of his car, approaching McClain and saying, “Stop right there. Stop. Stop. … I have a right to stop you because you’re being suspicious.”

In the video, the officer turns around McClain, who seems startled, and repeats, “Stop tensing up.” As McClain tries to escape the officer’s grip, the officer says, “Relax, or I’m going to have to change this situation.”

As other officers join to restrain McClain, he begs them to let go and says, “You guys started to arrest me, and I was stopping my music to listen.”

Police put him in a chokehold, and paramedics gave him 500 milligrams of ketamine to calm him down.

Police have said McClain refused to stop walking and fought back when officers tried to take him into custody and that they thought he was trying to take an officer’s gun, which the lawsuit disputes.

In the video, McClain tells officers: “Let go of me. I am an introvert. Please respect the boundaries that I am speaking.”

McClain suffered cardiac arrest, was later declared brain dead and taken off life support. A prosecutor said last year that there wasn’t enough evidence to charge the officers, which the state attorney general is now reviewing.

The lawsuit says two of the officers reported that all three of them simultaneously placed their body weight on McClain after a chokehold. One officer estimated that the collective weight on McClain, who weighed 140 pounds, to be over 700 pounds.

The lawsuit comes just over a week after Aurora police were criticized for putting four Black girls on the ground and handcuffing two of them while investigating a car they suspected was stolen. It was later found not to be stolen.

Wilson, who had been interim chief, took the permanent job last week and said she’s committed to rebuilding the public’s trust and wants to empower police to think about whether they are acting on their biases.

She’s called McClain’s death tragic and said she was “angry and disgusted” by the girls’ treatment. She’s taken some steps to hold officers accountable in both cases.

After the girls were handcuffed, she requested an internal investigation. The officers also are being investigated by a prosecutor who was not involved in the McClain case.

As interim chief, she told officers in response to McClain’s death that they no longer had to contact a person reported as suspicious if they were not committing a crime.

When photos surfaced of officers reenacting the chokehold used on McClain, she moved quickly to fire three officers, including one who was involved in stopping McClain. She called the photos “a crime against humanity and decency.”