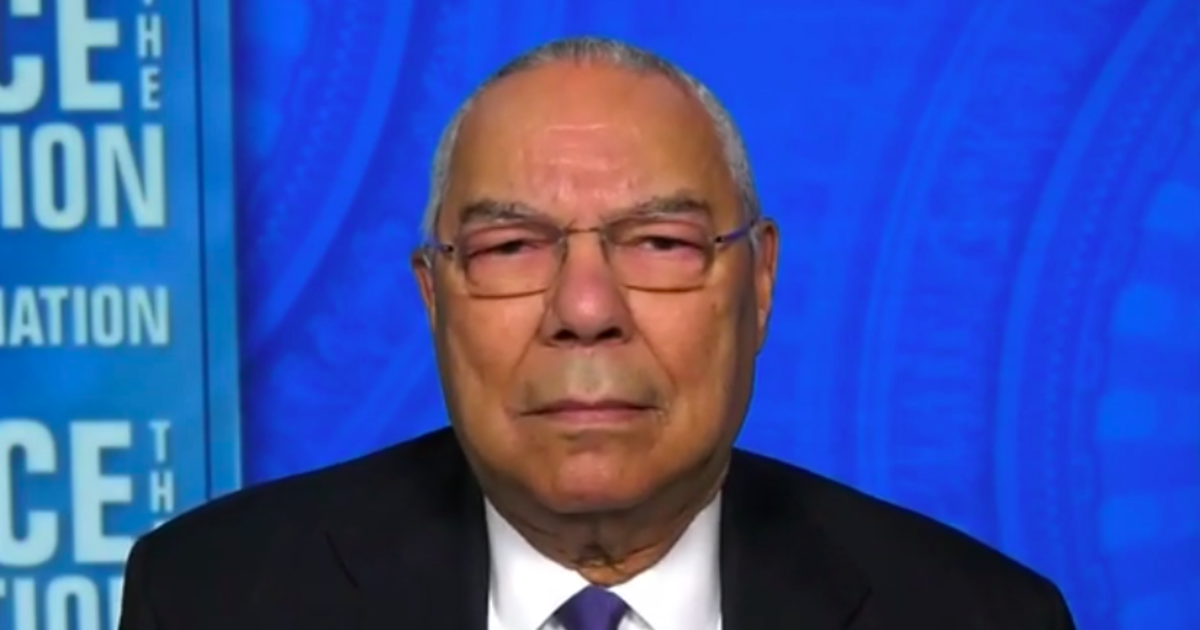 “I think we will always be remembering is what he did for our nation, what he did for our people. But there’s something else also,” Powell said Sunday on “Face the Nation.” “He was also a very gentle man in many ways. He loved kids. He loved talking to people. And so we had this gentleman of two really forms, one tough as nails, one gentle.”

Lewis’ death following a battle with stage 4 pancreatic cancer, with which he was diagnosed in December, has sent shockwaves throughout the nation as former presidents, congressional leaders and other political luminaries have reflected on the legacy of the Georgia Democrat.

Lewis joined the Freedom Riders at 21 years old and was the youngest speaker — and last surviving — at the March on Washington in 1963. In 1965, he led the march in Selma, Alabama, across the Edmund Pettus Bridge, which began known as “Bloody Sunday” after police brutally beat marchers. Lewis’ skull was fractured in the violence. He went on to represent Georgia in the U.S. House of Representatives for more than 30 years, where he became known as the “conscience of Congress.”

Powell remembered Lewis as a “great man” who was “tough as nails.”

“He spent his whole adult life fighting these issues and going after racism and so a man with that kind of bravery built into him is an incredible individual, and he was,” Powell said, adding that Lewis “will always be remembered as an individual who did all he could for America, and all he could for African Americans, and not only African Americans now, but anybody else who is considered somewhat different.”

Lewis’s death comes as the country is facing a reckoning over racial injustice and police brutality, which was sparked by the death of George Floyd in Minneapolis in late May.

Tens of thousands of protesters have taken to the streets in response to Floyd’s death, and a national discussion has emerged again about the removal of Confederate monuments and symbols from public property.

On Friday, Defense Secretary Mark Esper issued guidance effectively banning the Confederate flag from military installations and this year’s defense policy bill calls for Army bases named for Confederate generals to be renamed. President Trump, however, has said he would veto the $740 billion measure if it required the renaming of military assets.

Powell said he is in favor of renaming the 10 Army posts that bear the names of Confederate leaders, which includes Fort Bragg in North Carolina and Fort Benning in Georgia.

Powell also advocated for the removal of public displays of the Confederate flag.

“The Confederate flag is now an explicit demonstration of another time, another place, another country that had nothing to do with the United States of America. It was the Confederate States of America,” he said. “They were not part of us and this is not the time to keep demonstrating who they were and what they were back then. This is time to move on. Let’s get going. We have one flag and only one flag only. And that’s the flag we should all support and all display and all be proud of.”