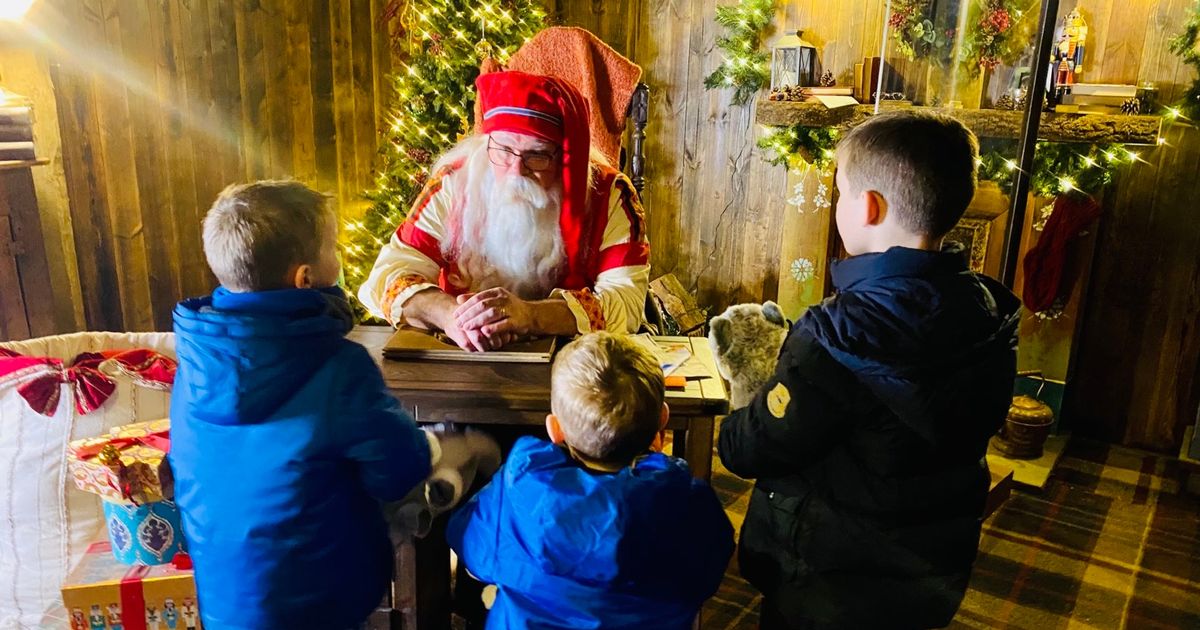 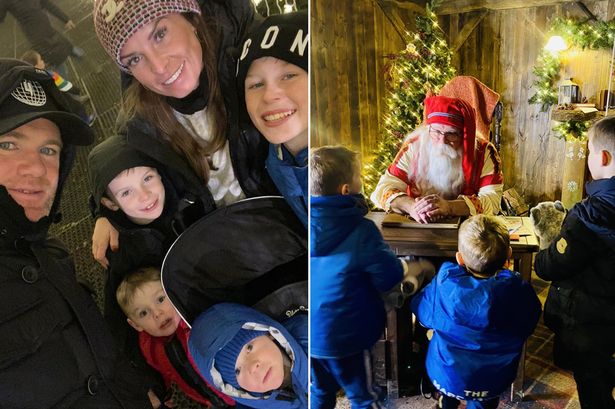 Coleen Rooney is determined her family will be celebrating Christmas in style, pandemic or no pandemic.

And the WAG kicked off the festivities with a jaunt to Lapland UK with her boys to make sure they could all meet Father Christmas before the big day.

Coleen treated her sons – Kai, 11; Klay, seven; Kit, four, and 22-month-old Cass – to a visit to Whitmoor Forest in Ascot, Berkshire, which boasts the Christmas-themed wonderland tucked away between the trees.

There they got to enjoy the themed experience’s Enchanted Forest, the Toy Factory and Mother Christmas’ Kitchen, as well as the Elven Village and a magical post office where they could write a letter to Father Christmas. 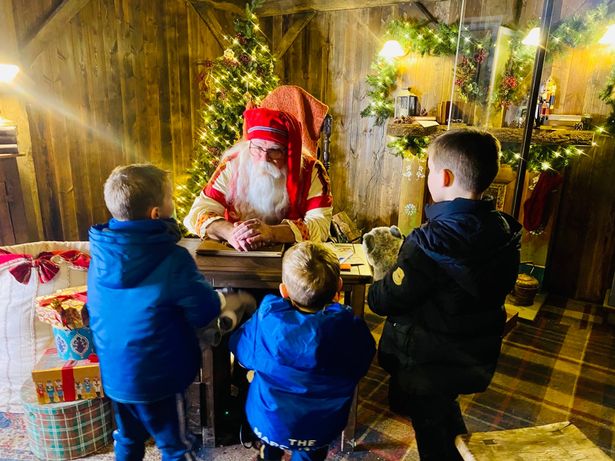 Coleen shared a picture of her three youngest sons gathered around Santa’s table as he spoke to them about what they wanted for Christmas – and all of them looked utterly enchanted.

Kit looked the most animated from behind, his little face lighting up as he told Father Christmas exactly what’s on his list this year.

Extravagantly wrapped presents could be seen towering to one side, while Santa’s grotto – a log cabin – was cosily decorated with fairy lights and a lush Christmas tree.

Coleen thanked the staff at Lapland UK for their experience, tweeting: “Magical ….. Thanks @laplanduk.”

It comes amid her legal battle with Rebekah Vardy, dubbed ‘Wagatha Christie’ for the way in which Coleen set about trying to find out who had been selling fake stories on her to the press. 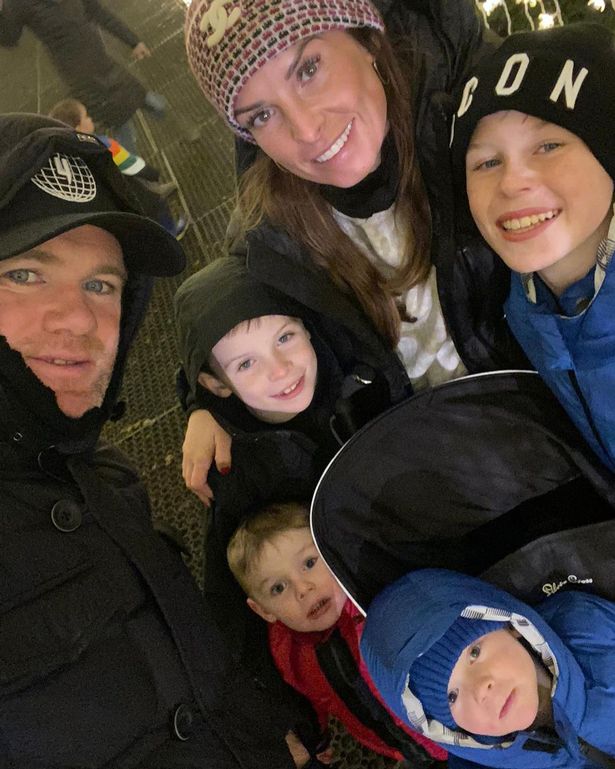 And in the latest twist ahead of next year’s High Court showdown, Becky has admitted to making money from staged paparazzi pictures.

As part of her 59-page filing to support her libel claim, Rebekah admitted she “would receive a percentage of the revenue from their syndication” of the pictures she’d staged with the agency that were sold to media outlets.

Becky, who is taking part in the next series of Dancing On Ice, alleges that Coleen wrongfully publicly outed her as a snitch.

She also denies that she is the person behind The Sun’s Secret WAG column.

She is seeking damages and an order that would stop Coleen repeating her claims. 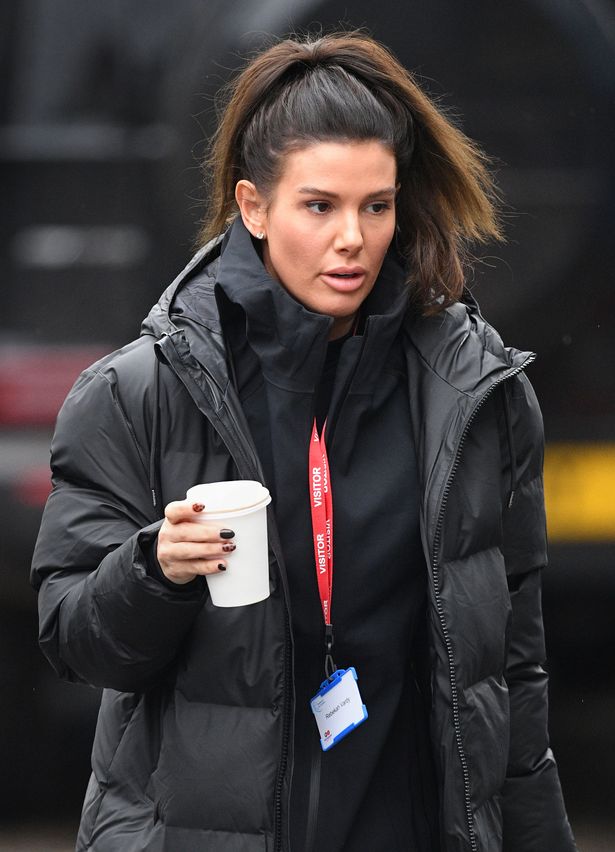 And while she’s admitted to working with the paps, she’s denied setting up her fellow WAGs during the last World Cup.

In legal documents filed to London’s High Court, Coleen claimed that Rebekah “worked with a number of agencies to bolster her public persona”.

Coleen claimed that Rebekah “insisted” all the England WAGs posed for a group photo together outside of a restaurant in St Petersburg during the 2018 World Cup in Russia.

Coleen said Rebekah had “arranged” for a “paparazzo to be outside to photograph them” but that she had “not let the others know”.

It’s claimed the picture was then sold to a UK newspaper.

Coleen’s statement said it could be “inferred” that Rebekah had “received payment directly or indirectly”.

However, Rebekah says she had “nothing to do with the photograph” and insists she did not receive a payment for it.

« Dionne Warwick Reacts To ‘SNL’ Skit About Her And Shows It Love On Twitter!