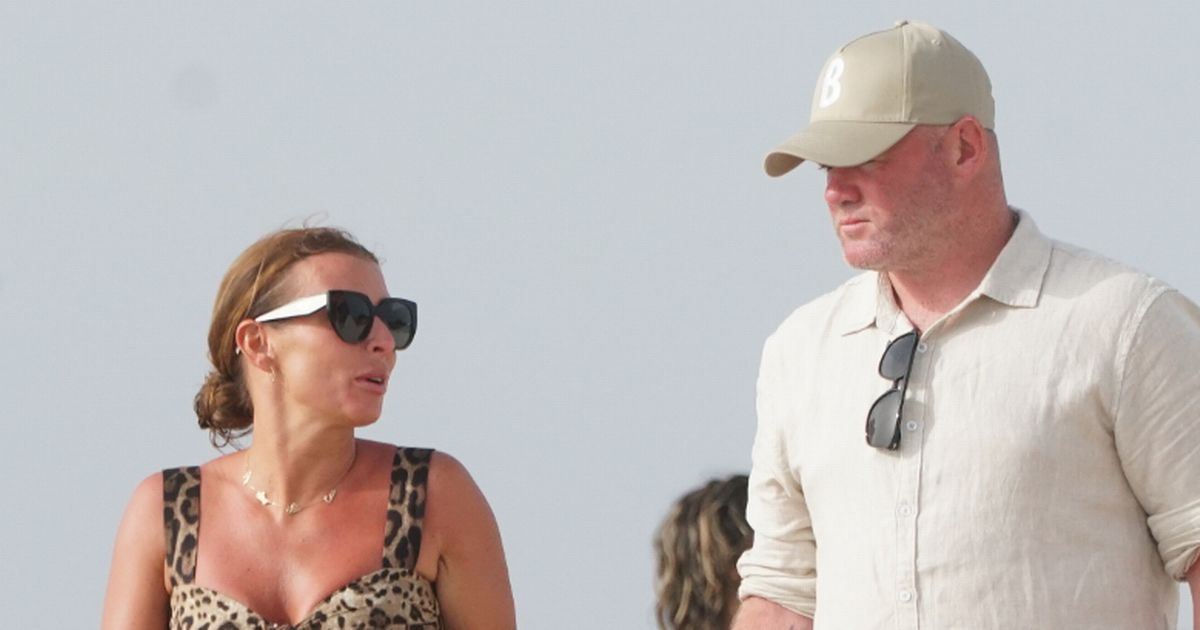 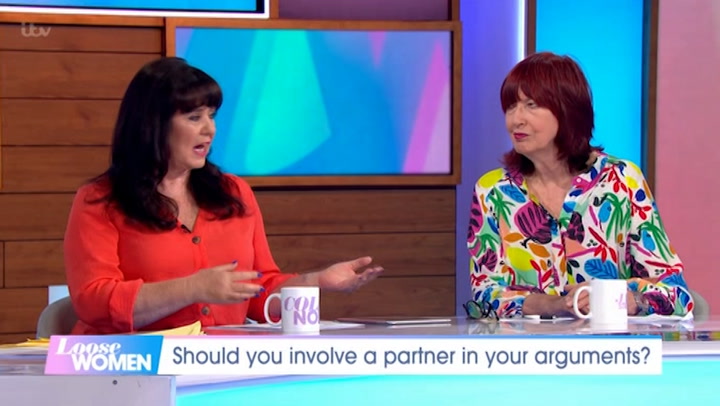 Coleen Rooney has been snapped looking stunning in a leopard print bikini as she took a stroll along the beach with her husband Wayne in Ibiza.

Coleen, 32, and her Derby County manager husband Wayne, 36, were spotted hanging out with friends and family at a beach on the Balearic Island as the couple await the verdict of the Wagtha Christie trial.

Coleen and Rebekah’s intense seven day trial, which took place in May, is still awaiting a verdict, with Vardy vehemently denying Rooney’s claims.

Coleen, who is said to be “confident” she will win the trial, and Wayne haven’t let their legal woes get in the way of a good holiday on the party island.

After being spotted in Ibiza town earlier this week, the couple have taken the fun to the beach as they were spotted hanging out by the shore with a group of friends.

Coleen showed off her toned abs as she wore a leopard print bikini top with thick straps and a tie in the middle of the bust. She matched the beachwear with a pair of white denim shorts with a frayed hem.

Coleen confidently flaunted her toned abs in the ensemble

Wayne’s wife accessorised the look with layers of gold bracelets, a gold necklace with bird pendants on the thin chain and her huge engagement ring.

She also opted to go barefoot on the beach and accessorised her look with a pair of large black sunglasses and tied her hair back in a low bun for the trip.

Coleen looked relaxed and happy as she chatted with her husband Wayne while they walked along the beach.

The pair were then seen meeting a group of friends before hopping into a dingy boat and posed for a group photo.

Wayne was spotted in a pair of purple and black zigzag stripped trunks for the outing, which he wore with a beige linen shirt and a baseball cap of the same colour, which had a white motif on the front.

Unlike Coleen, Wayne opted to wear a pair of black slider sandals to protect his feet from the hot sand and had his sunglasses tucked into his shirt.

Wayne posed for a photo on the beach, embracing his new accessory

The dutiful husband even carried Coleen’s wicker beach bag for her as the group walked towards the shore. He enjoyed holding the bag so much Wayne even posed for a photo while holding the accessory on the beach, which his wife took.

The couple’s current Ibiza stay comes after they jetted off to Dubai in the United Arab Emirates, which they skipped the final day of the trial for.

Coleen and Wayne took their four sons Kai, 12, Klay, nine, Kit, six, and four-year-old Cass for the family trip after the High Court of Justice case.

But, the trip wasn’t without controversy as the married couple were criticised for swimming with captive dolphins during the break.

Derby County manager Wayne was photographed alongside his wife Coleen and their four children as they stroked a dolphin.

Mirror contacted the couple’s representatives at the time.

Warner Bros. could fire Ezra Miller as The Flash »