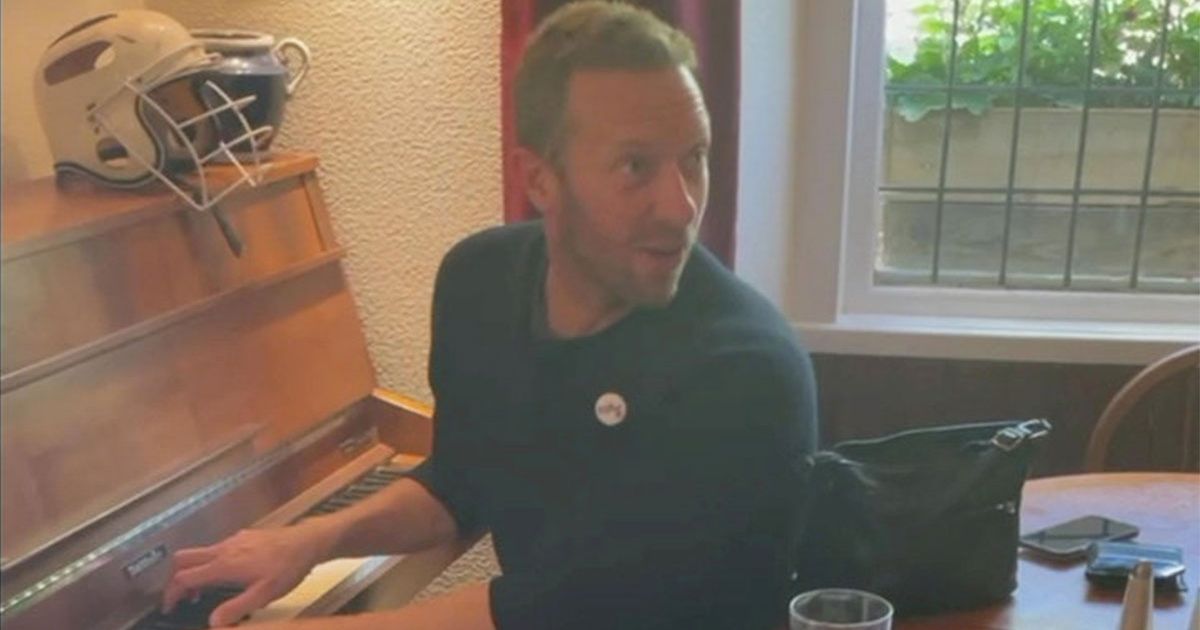 Coldplay frontman Chris Martin showed up at The Stag Inn in Hinton Charterhouse in Bath, much to the surprise of locals 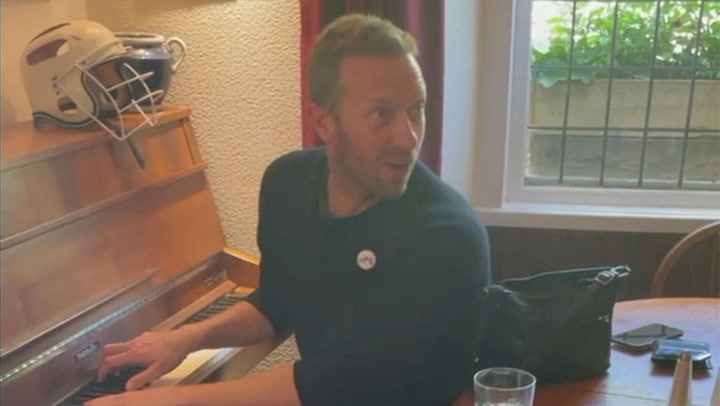 Coldplay frontman Chris Martin stunned pub-goers in Bath as he pitched up and performed on Sunday, after playing to thousands at Glastonbury Festival.

The lead singer, 45, played Sky Full of Stars, from their 2014 album Ghost Stories, while he enjoyed a pint or two at The Stag Inn in Hinton Charterhouse.

Chris went to the pub with his girlfriend Dakota Johnson and sang and played the piano for the patrons.

The Stag Inn’s landlord, Chris Parkin, was shocked by his sudden appearance and called the entire thing ‘surreal’.

“I’ve seen a few things in my time but nothing quite like that,” the landlord explained.

“You never know who might pop in for a pint! What a lovely man he is,” the owner wrote on his social media post.

He performed a song for the excited fans

A clip of him performing was also shared on The Stag Inn’s Facebook page, along with the caption: “We had the pleasure of meeting Chris Martin today!”

Fans and locals were shocked by the superstar enjoying drinks at the small-town pub and took to the comment section to share their thoughts.

“Can you imagine being in such a ‘right place at right time’ moment!” one user said while another added: “Oh my life, cannot believe he was in our home town. Just love Coldplay xx”

The pub landlord was surprised

He stopped by on his way back from Glastonbury

Another wrote: “My absolute favourite!! How wonderful to crest such a beautiful memory.”

“How I would loved to see this. My favourite band. Lucky things,” one fan posted.

According to Somerset Live, pub owner Chris said: “We had just finished lunch service and I was at the bar when this man walked in and I said to the lad sat next to me, ‘crikey that fella looks like Chris Martin’.

Chris and his girlfriend were enjoying the festival over the weekend

“The lady, who was his PA who was with him, turned and said ‘It is.”

He added: “I asked the customers just to leave them in peace outside to enjoy their drinks and everyone respected that.”

According to the landlord, he and others were discussing plans for an upcoming wedding when singer Chris asked what they were talking about.

The bride and groom of the wedding then told him that their wedding song was going to be Sky Full Of Stars, which is why he performed it for the locals.

The Coldplay singer was returning from Glastonbury after a weekend of partying and enjoying the headlining acts.