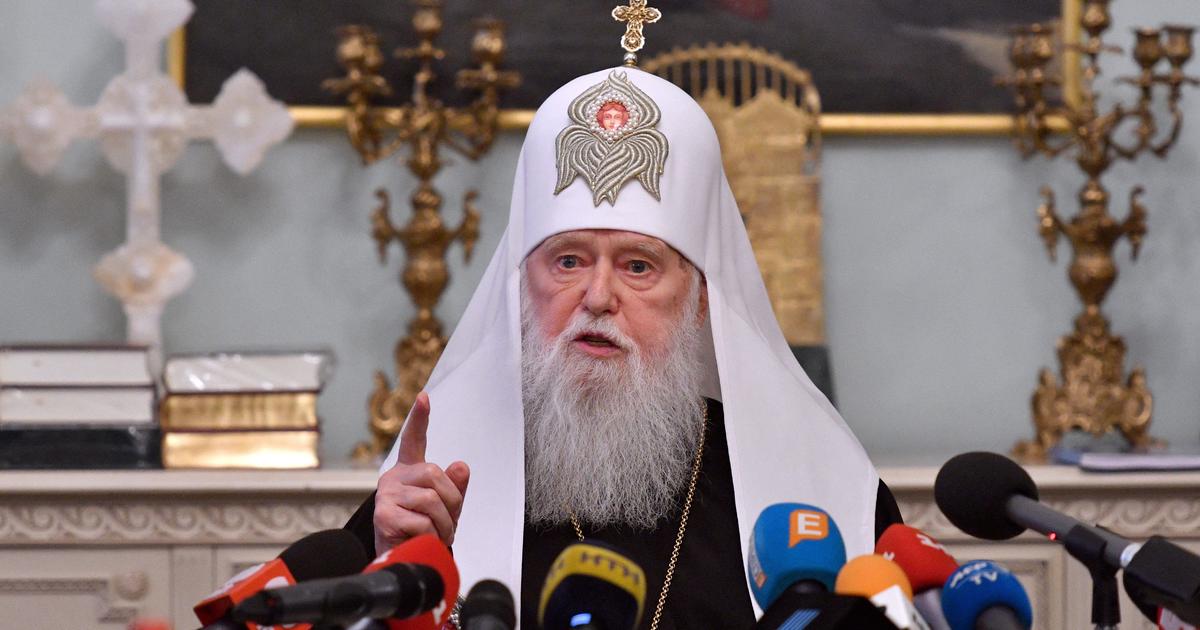 Patriarch Filaret of the Ukrainian Orthodox Church of Kyiv’s Patriarchy speaks during a press conference in Kyiv, December 1, 2017.

A senior Orthodox religious leader in Ukraine has been hospitalized with the coronavirus months after calling the COVID-19 pandemic god’s punishment for humanity allowing the “evil” of same-sex marriage. Patriarch Filaret, who leads one of the biggest denominations of Orthodox Christians in Ukraine, also said in March that God “will not allow me to get sick, because I have to serve the church.”

The Kyiv Patriarchy of the Ukrainian Orthodox Church, which has split from both the main Russian Orthodox Church and the wider Ukrainian church due to disagreements between Filaret and the other leaders , confirmed in a Facebook post Wednesday that the Patriarch was being treated for COVID-19, but “satisfactory” condition.

“We ask for holy prayers for the health and recovery of Patriarch Filaret,” the the Kyiv Patriarchy’s press service said in its Facebook post.

Filaret, 91, is a powerful figure in the Ukrainian church, which has been a driving force behind anti-LGBTQ rights sentiments in the country. Same-sex marriages remain illegal in Ukraine.

Britain’s Independent newspaper reported that Patriarch Filaret’s remarks during a March TV interview prompted the Ukrainian LGBTQ rights group Insight to threaten a lawsuit against him, claiming discrimination and the promotion of hatred. He was never prosecuted.

Amnesty International’s branch in the country also condemned the remarks, according to The Independent, warning it could prompt violent attacks and further discrimination against LGBTQ people in Ukraine.

He also defended his decision, as the scale of the pandemic became clear around the world, to continue using a shared spoon to give communion to his parishioners.

“Now there is a discussion; is it possible to take communion from one spoon? I ask the question: Do you believe that this is the blood and body of Jesus Christ? If you do not believe, then do not take communion. And if you do, then how can you get these viruses from Christ? Impossible,” he said.

Read More: Church leader who blamed COVID-19 on same-sex marriage has the virus

Wildfires rage across California and other Western states »