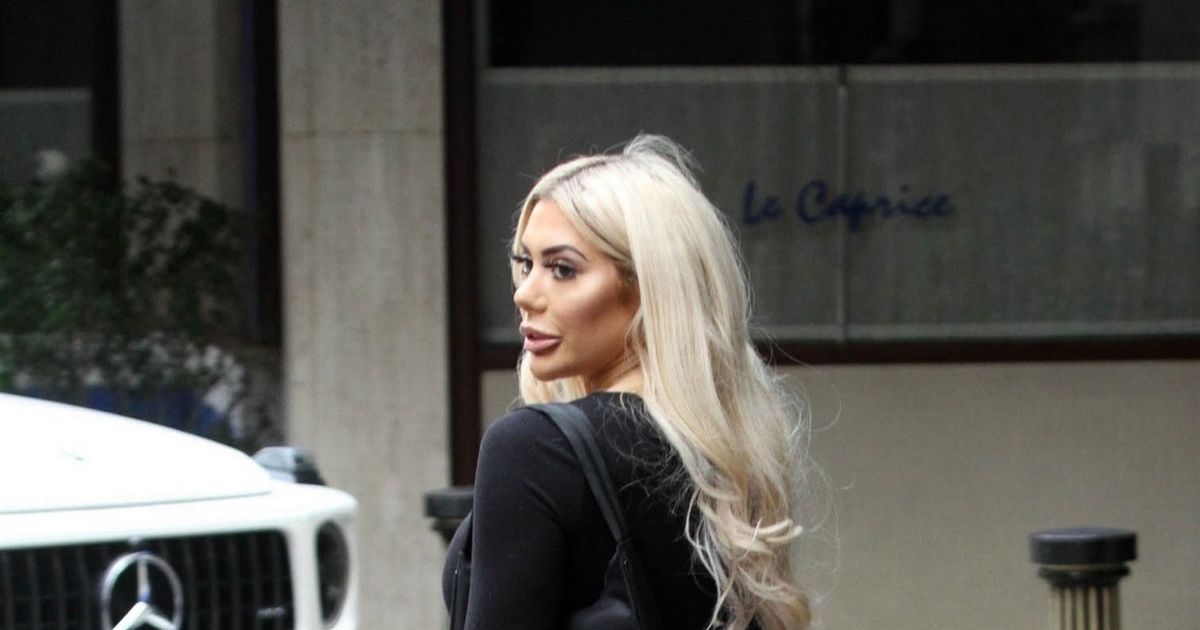 Former Geordie Shore star Chloe Ferry, 24, showed off her slender frame and hourglass curves as she walked through London in a daring mini skirt and plunging crop top 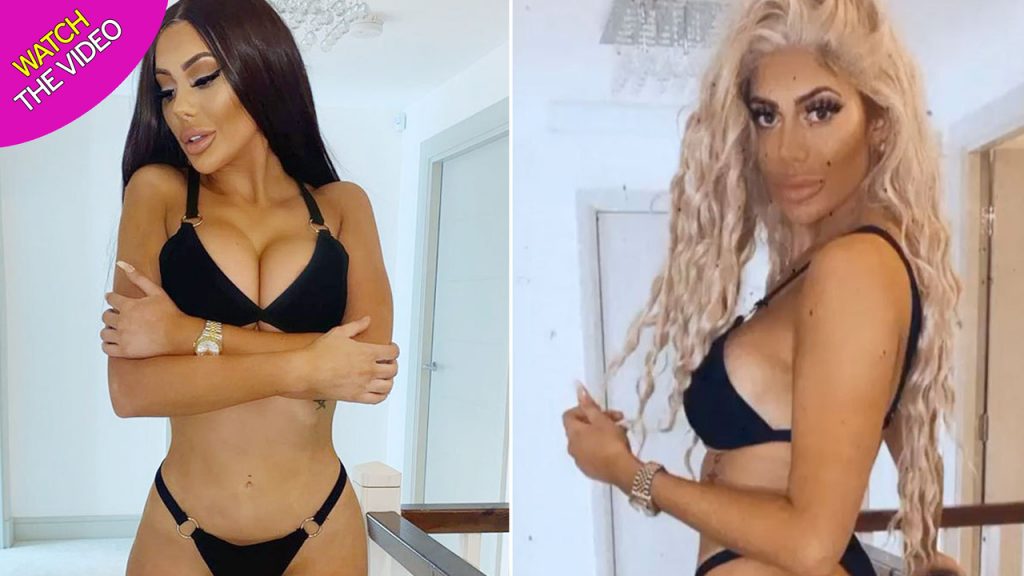 Chloe Ferry proudly showed off her hourglass curves and tiny frame in a daring mini skirt after shedding two-stone.

The reality TV star, 24, wasn’t shy about revealing her toned midriff in a skimpy crop top while running errands in London.

Chloe’s peachy bum was on full display in the skintight skirt, which complimented her curvy figure.

She also showed off her toned legs in sexy white knee-high cowboy boots, which added a touch of glamour.

The Celebs Go Dating star wore her platinum blonde locks in a sleek, straight style and opted for a full-glam look during her day out. 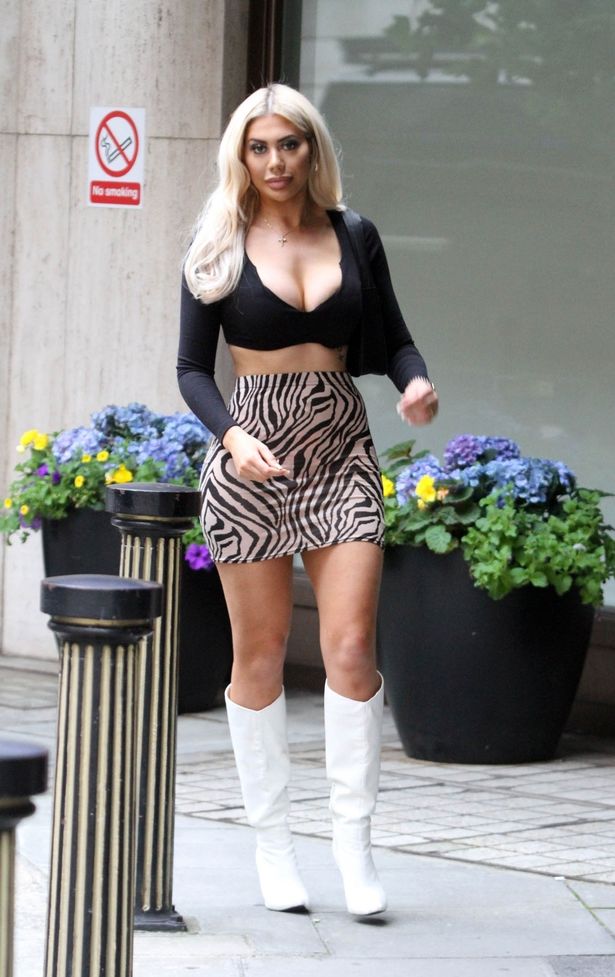 Chloe wasn’t afraid to show off her impressive gym-honed figure as she marched through the city of London.

She’s been showing off her slimmed down frame to fans in recent months after revealing she’s dropped two-stone.

The star was previously targeted by fat-shaming trolls in the past, but she’s proved the haters wrong as she now has the confidence to show off her body. 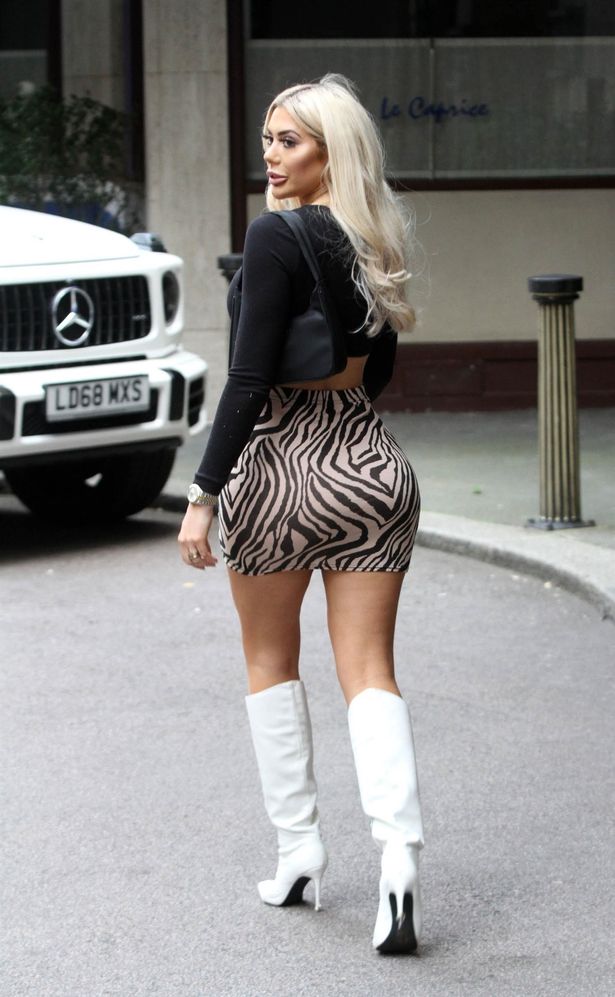 Chloe is moving onwards and upwards from her split with Sam Gowland as she’s joined the Celebs Go Dating agency on the lookout for love.

Chloe is said to have turned up for the online therapy sessions with gurus Anna Williamson and Paul C Brunson completely naked. 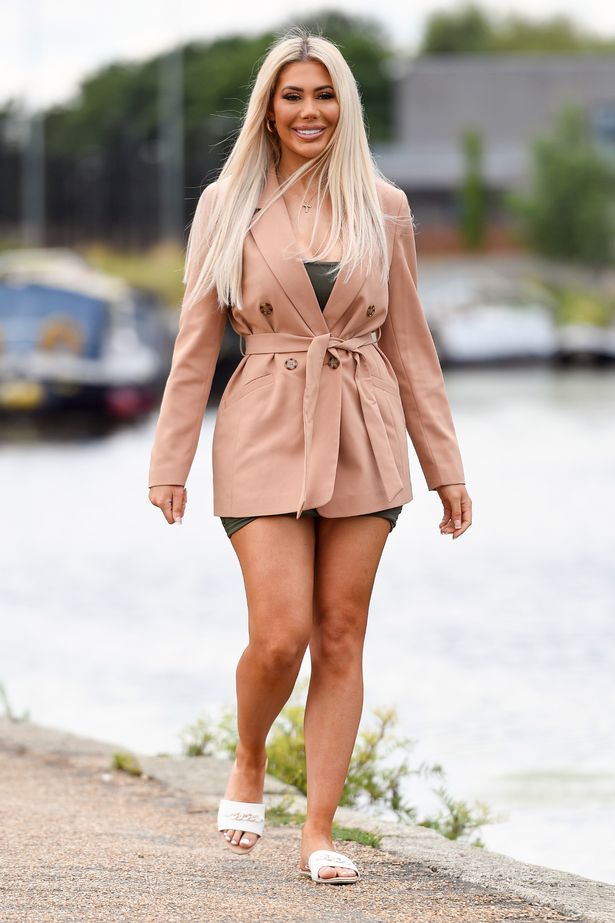 Paul told the Daily Star : “She came on wearing no clothes, talked about watching pornography, she was talking about sexual positions! She even showed up for a date with no underwear on!”

“She is a highly sexual young lady but when people are provocative, that is often a mask for a lot more deep-rooted things going on,” Anna added.

“We will have to tread very carefully to make sure that she isn’t rushing into something.”

Meanwhile Chloe has hinted she’s happy to date both men and women, and earlier this year revealed she thinks she’s bisexual.

Chloe made the revelation during a Q&A session with fans. 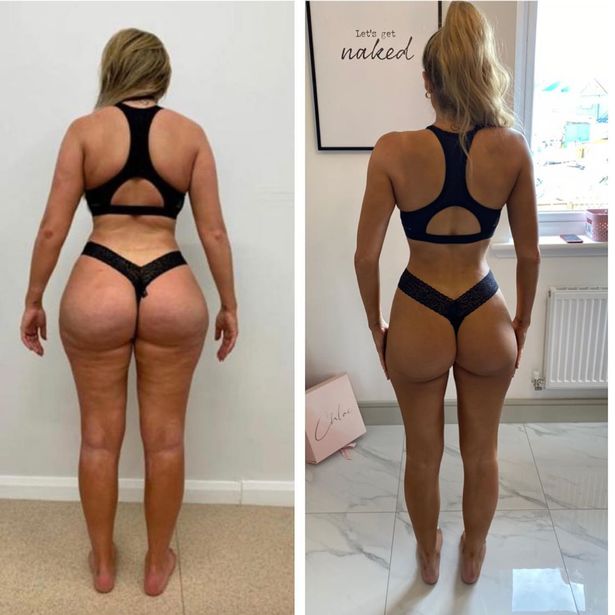 She replied: “I think so! Started looking at girls in a different way now maybe I am a bit lesbian. I’m talking to one girl I really fancy.

“I’ve had a few encounters with the same sex but didn’t think anything of it at the time.

“But started to think differently when I was in Thailand, so girls, slide into my DMS!”