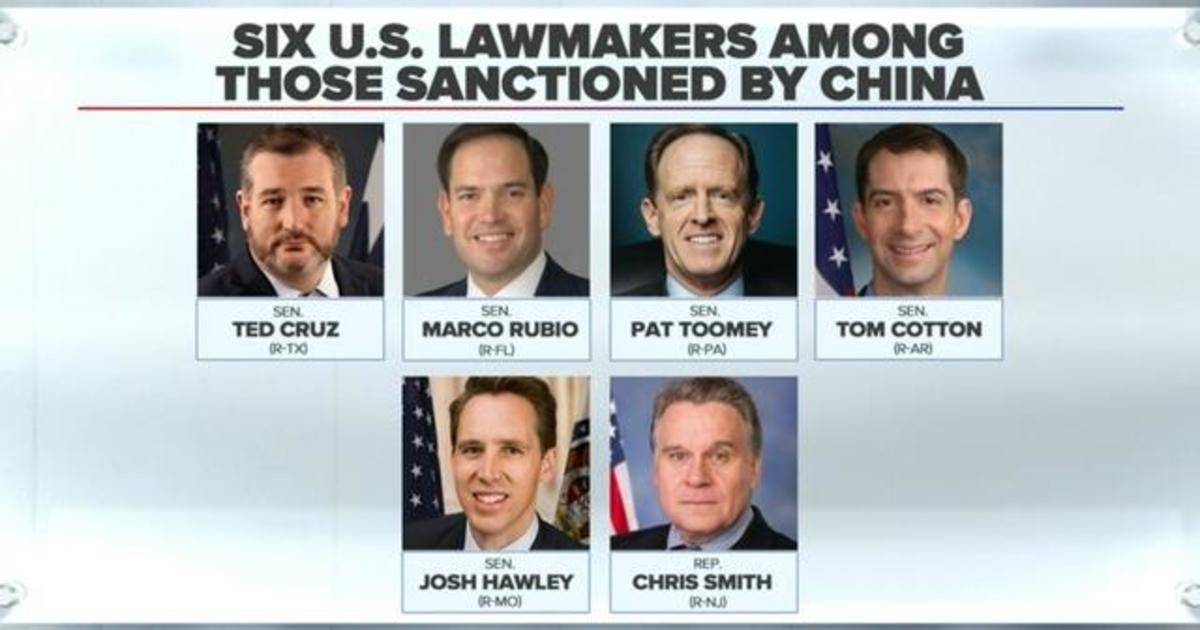 China announced sanctions on 11 Americans for their critical views of Hong Kong. Six Republican lawmakers are on the list, including Senators Marco Rubio and Ted Cruz. The move is in response to sanctions imposed on China by the Trump administration last week. CBSN contributor Isaac Stone Fish, a senior fellow at the Asia Society, joined CBSN to discuss the current state of diplomacy between the U.S. and China.

Four Weddings and a Funeral luxury home on sale for £2.8 million »