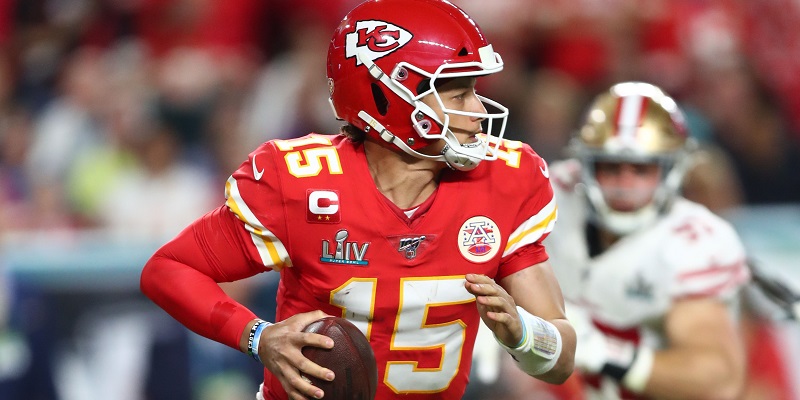 The Kansas City Chiefs will kick off the 2020 NFL season at home against the Houston Texans on Thursday night as favorites to repeat as Super Bowl champions.

Beyond the top three is where sportsbooks begin to differ a bit. 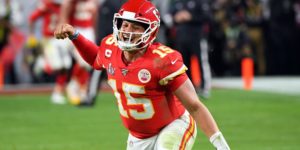 DraftKings is offering the Tom Brady-led Tampa Bay Buccaneers at +1400, ahead of the Dallas Cowboys (+1500), while FanDuel is offering equal +1500 moneyline bets on both teams.

One thing is abundantly clear: Not much is expected from Jacksonville this season. The Jaguars have the longest Super Bowl odds — +17500 at DraftKings and +20000 at FanDuel and William Hill, and have the lowest over/under win total at just 4 1/2 games.

Jacksonville is also a +8000 longshot to win the AFC at DraftKings, where the Chiefs and Ravens are well ahead of the pack entering the season. Kansas City is +300 to win the AFC Championship, ahead of the Ravens at +320. The next closest teams are the New England Patriots and Indianapolis Colts at +1100. 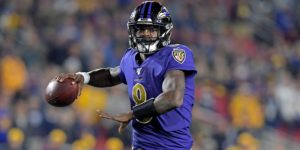 The young quarterbacks who lead the top two favorites are also expected to battle for league MVP honors.

Chiefs quarterback Patrick Mahomes has the shortest odds at +400, ahead of reigning MVP Lamar Jackson (+700). Quarterbacks occupy the first 15 spots, with Carolina Panthers running back Christian McCaffrey and Tennessee Titans running back Derrick Henry both being offered at +5000.

No. 1 overall pick Joe Burrow will open the season at quarterback for the Cincinnati Bengals. He’s also the +250 favorite at DraftKings to win offensive rookie of the year honors. Just behind him is Chiefs running back Clyde Edwards-Helaire, whose role unexpectedly increased when Damien Williams opted out of playing this season.

Reports: Broncos LB Von Miller might be done for season »