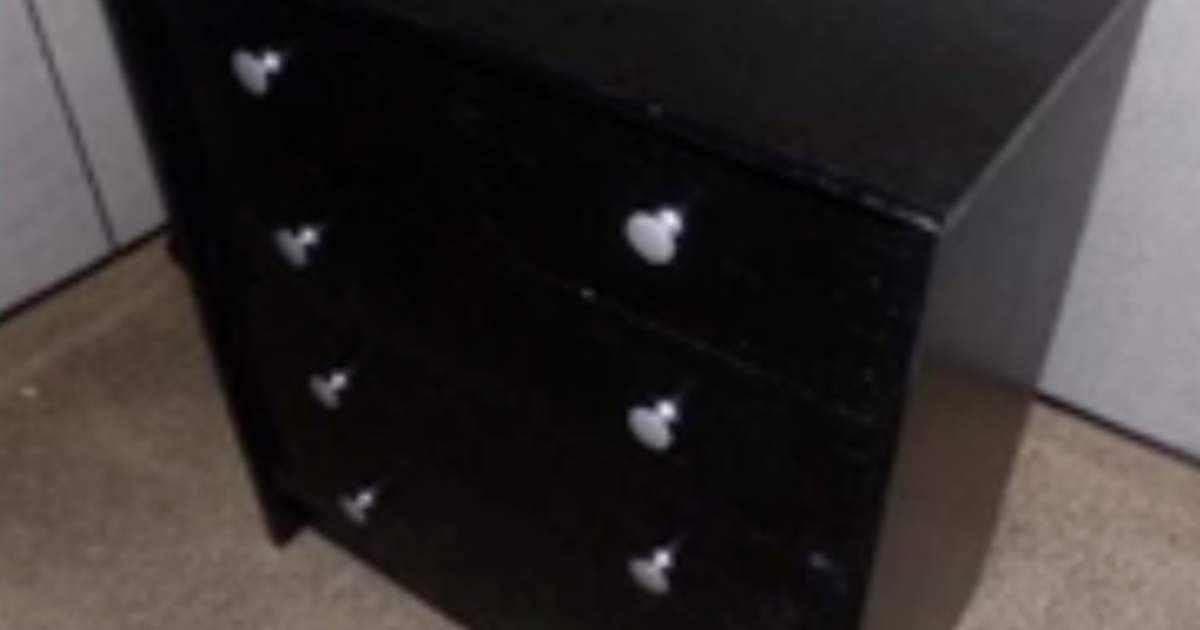 Nearly 20,000 four-drawer chests sold by Kmart nationwide are being recalled because the furniture is unstable and could topple over and potentially injure or kill children, according to the U.S. Consumer Product Safety Commission.

Transform, the company that took over Sears and Kmart, is recalling about 19,900 “Belmont 2.0” model chests sold under the Essential Home brand, for about $60 between March 2018 and April 2020, a notice posted Tuesday by the agency stated.

While no deaths or injuries have been reported due to the latest recalled chests, unanchored furniture, televisions and appliances can pose serious risk to children, particularly for toddlers. There were 459 reported tip-over-related deaths of Americans 17-years-old and younger between 2000 and 2018, with 93% of those fatalities being children age five and younger, according to the CPSC.

Federal safety regulators say the Belmont 2.0 chest, made in Brazil and released under the Essential Home brand, could topple over and hurt children.

The chests involved in the recall are about 29.8 inches in height and 27.7 inches in width, and were sold in four colors: black, pine, walnut and white. The Brazilian manufacturer’s name, “Kappesberg Moveis,” and the model number “F214” can be found on the instruction manual that comes with each chest.

Consumers should immediately stop using the recalled chests unless anchored to a wall, with the advisory urging that unanchored furniture be placed in an area children can’t reach.

Consumers can contact Transform for a free anchoring kit, with free in-home installation offered for chests purchased on February 11, 2019, or later. (The company can be reached at 800-659-7026 from 7 a.m. to 7 p.m. Central time Monday through Friday, or visit www.kmart.com and click on “Product Recalls” for more information.)

An estimated 11,000 children are treated in emergency rooms every year, with 41% of those cases involving tip-over injuries, the agency stated.

Ikea in March recalled 820,000 Kullen three-drawer chests sold nationwide because they can tip over and crush kids. The Swedish furniture store in January agreed to pay $46 million to the parents of a California toddler killed by one of the company’s Malm dressers in 2017. More than 17 million Ikea Malm and other Ikea chests and dressers were recalled in 2016 and 2017, according to the company’s website.

More than half a dozen related recalls followed, with Brooklyn-based Hodedah Import in May recalling about 26,500 chests sold online by major retailers including Amazon, Home Depot and Walmart from July 2017 through April 2020.

Read More: Chests sold by Kmart recalled due to tip-over risk to kids