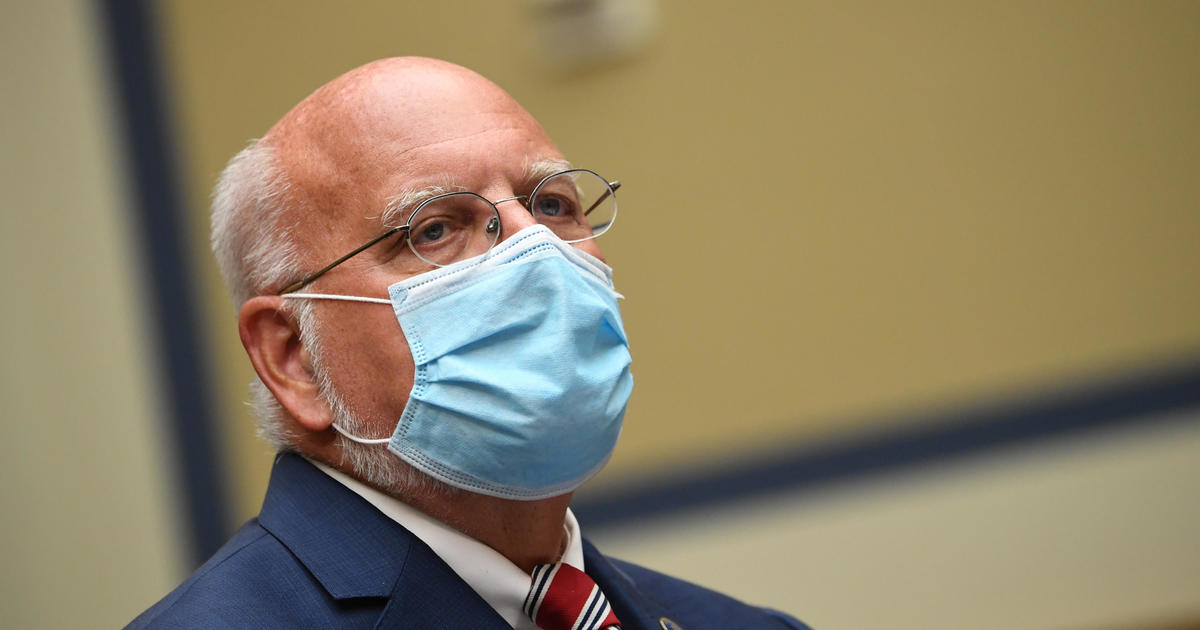 CDC director says U.S. could have “worst fall” ever

This fall could be the worst in the history of American public health if people do not heed guidance from health officials to stop the coronavirus, CDC Director Dr. Robert Redfield warned Wednesday. Redfield said skyrocketing cases of COVID-19 combined with the annual flu season could create the “worst fall” that “we’ve ever had.”

“I’m asking you to do four simple things: wear a mask, social distance, wash your hands, and be smart about crowds. If you do those four things it will bring this outbreak down,” Redfield said in an interview with WebMD. “But, if we don’t do that… this could be the worst fall from a public health perspective we’ve ever had.”

Redfield stressed that more widespread use of face masks could make a big difference. “The mask really does work. It’s really important,” he said.

The United States, which has become the epicenter of the global coronavirus crisis, has seen over 166,000 COVID-related deaths and over 5 million confirmed cases, according to data from Johns Hopkins University. The disease is expected to be one the leading causes of death in the United States by the end of the year, according to Redfield.

Dr. Robert Redfield, director of the U.S. Centers for Disease Control and Prevention (CDC), speaks during a hearing of the House Subcommittee on the Coronavirus Crisis on Capitol Hill, July 31, 2020.

“Eventually this virus is going to have its day,” he said. “It’s either going to infect a majority of the global population, or we’re going to have a biological countermeasure that’s going to be an effective vaccine.”

There are currently numerous potential COVID-19 vaccines in development, three of which are already in Phase 3 trials. Redfield said he’s “cautiously optimistic” that there will be “one or more vaccines” ready to deploy in the U.S. before the first of the year.

He stressed, however, that the annual flu vaccine is also of crucial importance.

“If there’s one thing we all can do — besides the importance of wearing a mask, social distancing, hand washing, and being smart about gatherings… to ultimately prepare ourselves for the fall, is to get the flu vaccine,” he said.

While common, the flu remains a major cause of death in the United States. Less than half of the U.S. population received a flu vaccine last year, but Redfield said his goal this year is to have at 65% of people get vaccinated.

The CDC is urging people to get the flu shot not only to protect themselves from a potentially deadly disease, but to protect the American health system.

“So, by getting that flu vaccine, you may be able to negate the necessity to have to take up a hospital bed, and then that hospital bed can be more available for those that get hospitalized with COVID,” he said.

The CDC is working closely with companies to ramp-up flu vaccine production. According to Redfield, close to 190,000 million doses are being made, and an extra 10 million are being purchased by the CDC for uninsured adults. The agency normally only purchases about 500,000 doses for the uninsured, he said.

“This year we’ve purchased 10 million … to make sure states can get this flu vaccine out,” he said.

Without sufficient vaccination, flu cases could rise, leading to an increased demand for tests needing to be processed by labs. American labs are already struggling to keep up with the demand for coronavirus tests, resulting in backlogs. Earlier this summer people in many states had to wait days — in some cases even weeks — to receive results.

Dr. Bobbi Pritt, chairwoman of the division of clinical microbiology at the Mayo Clinic, recently told CBS News that a bad flu season could make testing volume double or even triple, exacerbating every existing issue that labs are already experiencing.

Asked what Thanksgiving will look like in the U.S., Redfield said it depends on “how the American people choose to respond.”

“It’s really the worst of times or the best of times, depending on the American public. I’m optimistic.”