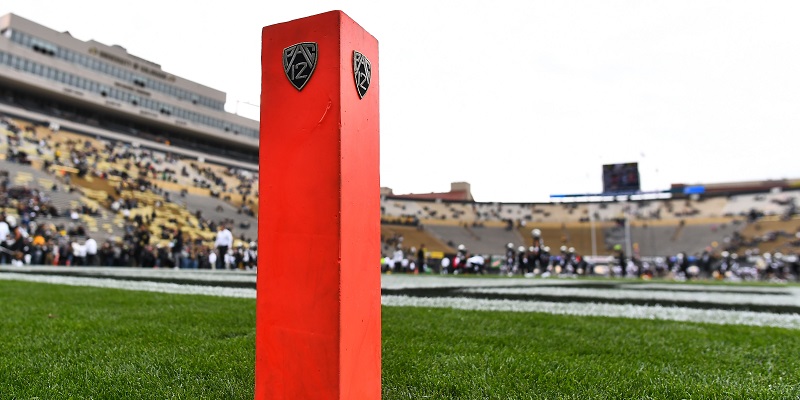 The Pac-12 stands as the lone Power 5 conference currently not scheduled to play football in the fall, and California Gov. Gavin Newsom wants to make his stance known.

“I want to make this crystal clear,” Newsom said on Wednesday. “Nothing in the state guidelines denies the ability for the Pac-12 to resume. That’s been a misrepresentation of the facts.” Safety concerns and local restrictions would suggest otherwise, however, in California and Oregon — home to half of the conference’s teams. Both states are battling with wildfires that have left the air quality questionable, and California has strict COVID-19 protocols. Regulations in Los Angeles County, where Southern Cal and UCLA are located, prevent residents from holding gatherings outside the immediate family, such as a baby shower or a backyard barbecue with friends, for example. 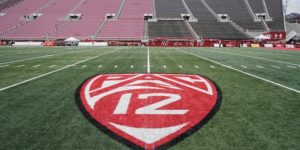 Then again, the Los Angeles Rams and San Francisco 49ers both played season-opening home games on Sunday. The Rams play seven miles away from USC, while the 49ers are within a stone’s throw from Stanford. No fans were permitted in the stadiums.

USC football players, in fact, asked Newsom on Tuesday in a letter to ease restrictions to pave the way for a fall season to be played.

“The current reality is that there are too many restrictions imposed by state and local public health officials in California that prevent us from resuming practices and competitions,” the letter, shared by wide receiver Amon-Ra St. Brown, read. “We cannot practice in groups larger than 12, we cannot gather as a team, and we cannot utilize any of our indoor facilities. From the onset of this pandemic, the Pac-12 has rightfully and responsibly maintained that their decisions would be based on science, and it now appears that the science and technology have turned in favor of playing.”

Please let us play. We want a chance

“As California goes, so too does the Pac-12 Conference,” the letter concluded. “You can be the champion for the conference of champions and, most importantly, its student-athletes. We believe that if the state of California endorses our season, the conference, other states, respective county and public health officials, and university leaders will follow.”

Newsom said he spoke with Pac-12 commissioner Larry Scott on Wednesday following the Big Ten’s announcement that the football season would begin on Oct. 23. The Pac-12, after all, followed the Big Ten’s decision in August to postpone fall sports. 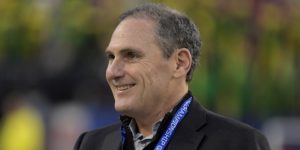 “At this time, our universities in California and Oregon do not have approval from state or local public health officials to start contact practice,” Scott said in a prepared statement. “We are hopeful that our new daily testing capability can help satisfy public health official approvals in California and Oregon to begin contact practice and competition.”

The Pac-12 announced on Sept. 3 a deal with Quidel Corp. that would allow for daily and rapid COVID-19 testing of athletes in “close-contact” sports. The testing apparatus is expected to be delivered to each campus by the end of September, but there will be a learning curve with the technology.

ESPN reported on Monday that conference officials were aiming for football teams to have six weeks of preparation for a new season, whenever it starts, pushing the return well into November at the earliest.