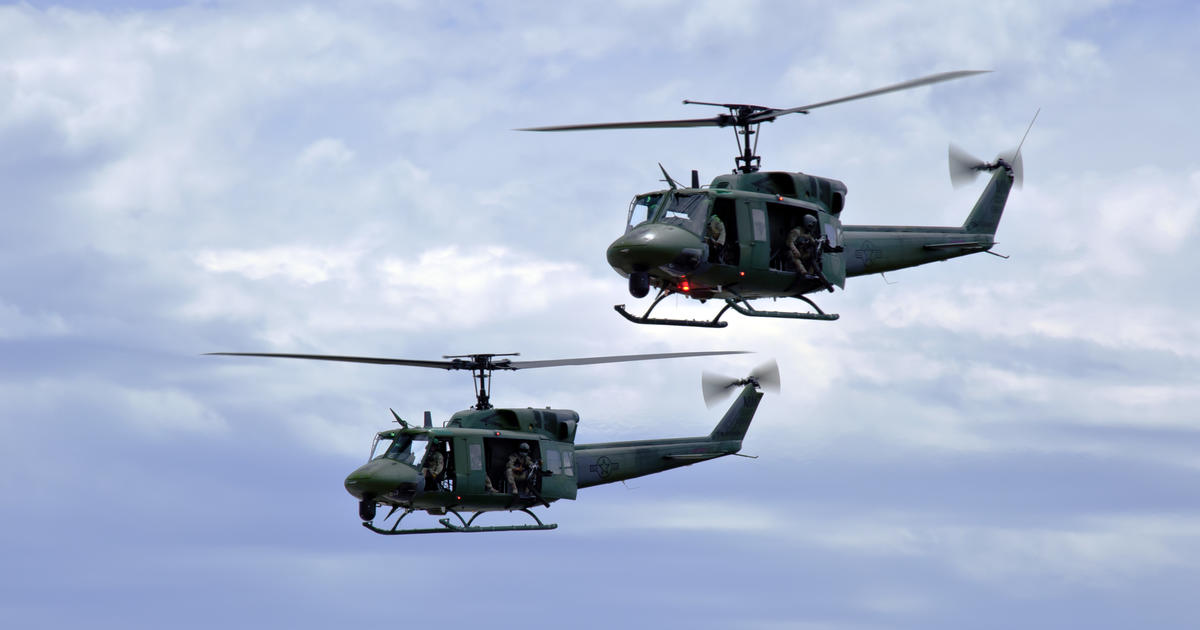 Neck gaiters may be worse than not wearing a mask at all, study shows

Green card wealth test can be enforced in most states, court says

Air Force helicopter struck by bullet while flying over Virginia

Washington — An Air Force helicopter flying over northern Virginia on Monday was struck by a bullet, damaging the aircraft and resulting in a minor injury to one member of the crew, the Air Force said.

An Air Force spokesman said the helicopter, a UH-1N Huey, conducted an emergency landing in Manassas, Virginia, just before 1 p.m., and initial findings indicated it was struck by a bullet.

The helicopter, assigned to the 1st Helicopter Squadron, was conducting a routine training mission and landed safely. The Air Force and the FBI are investigating the incident.

The FBI said in a separate statement it sent special agents and its Evidence Response Team to the Manassas Airport, where the aircraft landed, following reports it was shot at from the ground.

The crew member who was hurt was treated for a non-threatening injury and released from the hospital, the FBI said. The Air Force declined to elaborate on the nature of the crew member’s injury.

« Trump attacks Harris after Biden chooses her as running mate