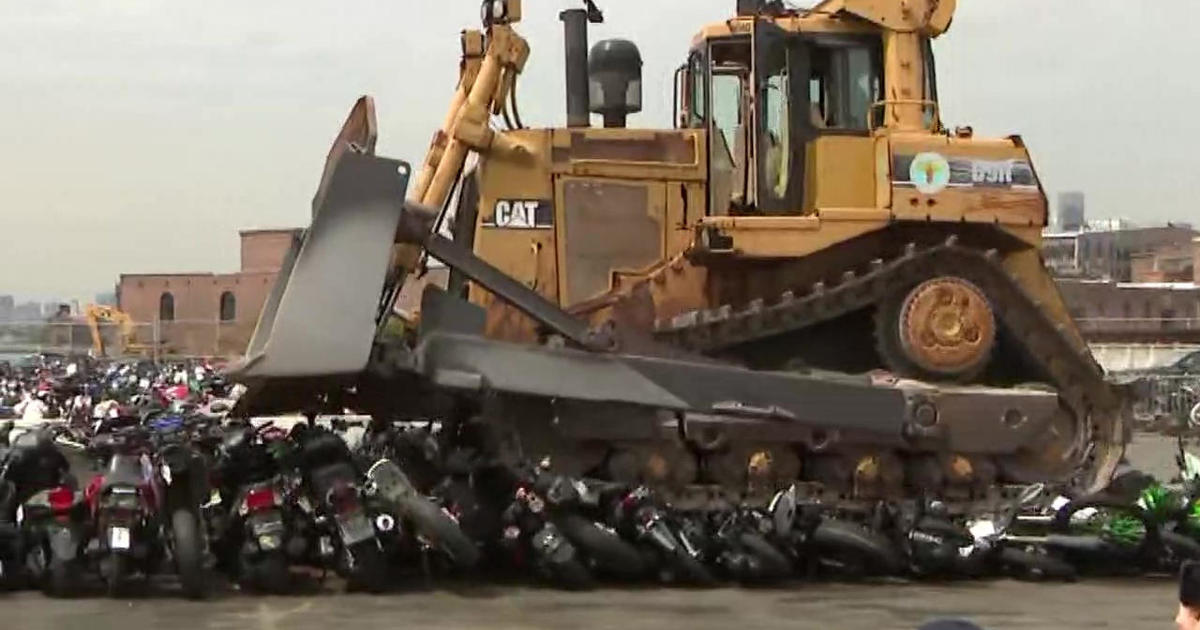 New York City Mayor Eric Adams delivered a clear message this week to residents who own and operate illegal vehicles. “You want to terrorize our neighborhoods?” the mayor’s office tweeted. “You’ll get crushed.”

During a press conference held at a Brooklyn auto pound on Tuesday, Adams spoke about a cooperative effort between the mayor’s office and police department to rid city streets of illegal motorbikes. He then had a bulldozer ceremoniously plow through a lineup of dirt bikes and ATVs. The vehicles, which are illegal to ride in any of New York City’s five boroughs, had previously been confiscated and impounded by the NYPD.

“Today, as we stand in the shadow of the Freedom Tower, we are freeing ourselves from these destructive pieces of machinery,” said Adams during the press conference. “They will be crushed today so that they can never terrorize our city again. Each and every one of them, they will be turned into scrap metal and eventually recycled.”

Illegal dirtbikes and ATVs endanger the lives of New Yorkers. We're not letting them go unchecked.

This year we've already taken nearly 2,000 bikes off the street and we're just getting started.

Get the message: you want to terrorize our neighborhoods?

Police have reportedly seized about 2,000 illegal motorbikes from New Yorkers since January of this year, according to NYPD Commissioner Keechant Sewell. That sum marked an 80% increase from the number of dirt bikes and ATVs removed from city streets during the same period in 2021.

The mayor said he plans to ask the state legislature to implement stricter requirements for ATV retailers so that buyers must provide proof of insurance and registration before purchasing one.

“Many of these bikes don’t have insurance. If they strike someone, the person is left with medical costs and other out of pocket expenses,” he said.

Adams introduced a package of safety initiatives that specifically focus on New York City roadways, sidewalks and subway trains, CBS New York reports. On the heels of a fatal accident that occurred last week in a Brooklyn subway station, where a man was dragged to death after his clothes became caught in the train door while exiting, the mayor announced a new MTA campaign to educate passengers about the safest places to stand on subway platforms.