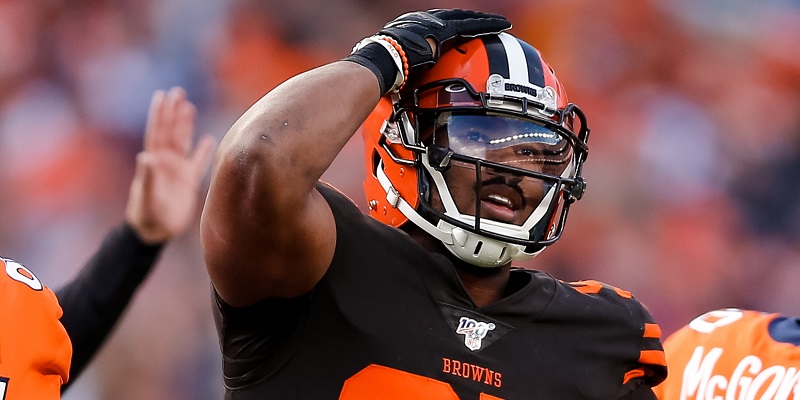 Garrett, who had two years and $19.8 million remaining on his rookie deal, is now under contract through 2026. According to multiple reports, the five-year extension is worth $25 million annually, an all-time record for a defensive player. “Myles’ rare physical gifts in conjunction with his work ethic, intellect and humility have been the catalysts behind an auspicious start to his young career,” general manager Andrew Berry said in a statement. “Despite his early individual successes, Myles maintains the same drive toward greatness that he displayed as a 22-year old rookie. We firmly believe that this intense focus means the best is yet to come.” 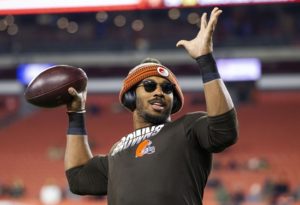 Garrett, who the Browns drafted first overall in 2017, added in a statement:

“In 2017, the Cleveland Browns bet on me. This city quickly became my home and these people quickly became my family. I’m eternally grateful for this opportunity, the support of my friends and family, the organization, my teammates, the fans — I could go on forever, but even that wouldn’t be enough time to express my gratitude. I’ll just say this: Keep betting on me, Cleveland, because I won’t let you down. Now, let’s get to work.”

Garrett’s deal marks the first time the Browns have extended their own first-round draft pick since cornerback Joe Haden, who was drafted in 2010. From 2011-2017, Cleveland had 12 first-round picks. Only Garrett has re-upped with the team, and the only other first-rounder still on the roster is tight end David Njoku (29th overall in 2017), who has asked for a trade. Garrett, 24, has been a star since arriving in the NFL, collecting 30.5 sacks and 65 quarterback hits in 37 career games (35 starts), though he has just one Pro Bowl appearance.

He missed five games due to injury in 2017 and the final six games in 2019 due to a season-ending suspension for hitting Pittsburgh Steelers quarterback Mason Rudolph in the head with Rudolph’s helmet in a Nov. 15 game. He finished 2019 with 10 sacks and 18 QB hits in 10 games.