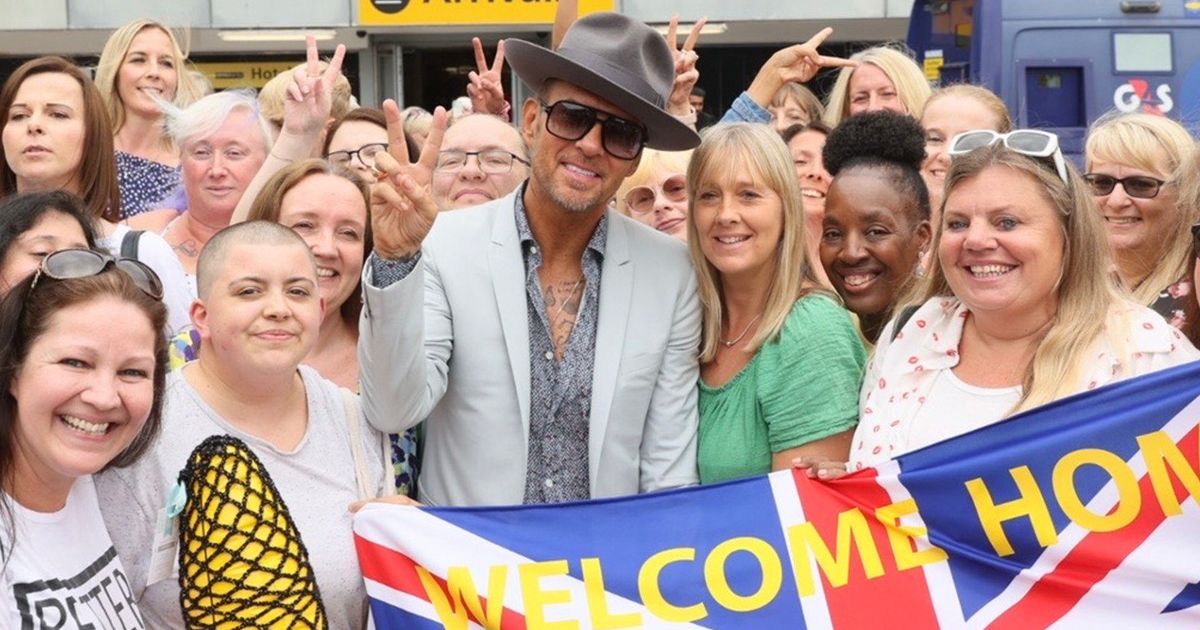 Bros singer Matt Goss’s fans were waiting for him at Heathrow Airport this week. He stopped to take pictures with them as they held up ‘Welcome Home’ signs 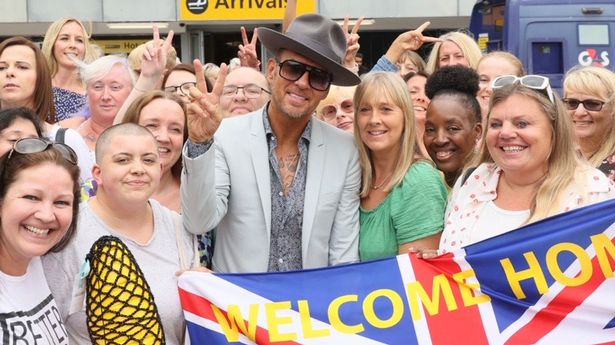 Bros singer Matt Goss was welcomed back to the UK with open arms as he touched down at Heathrow Airport to a sea of enthusiastic fans.

The star, 53, usually lives in the USA but decided to take a trip back home this week.

Matt, who was the lead singer of 80s pop group Bros, is reportedly looking to restart his music career.

His fans were eagerly waiting for the musician and even brought along a giant Union Jack flag with the words ‘Welcome Home Matt and Reggie’ written over it.

Matt has been in the US for the last 10 years

The singer seemed over the moon to be greeted by his fans and made sure to take some time to talk to them.

Matt looked suave as he posed with his fans by throwing up peace signs and holding up the wholesome ‘welcome home’ flag.

He rocked a patterned grey button-up shirt and a light grey blazer with matching trousers.

He stopped to take snaps with fans after arriving at Heathrow

The star completed the outfit with a dark grey fedora and black sunglasses as he smiled for the cameras.

He even hugged a few fans before picking up someone’s child to take a few sweet snaps.

In August last year, Matt shared his plans to return to the UK to feel closer to his beloved mum Carol, who died of cancer in 2014.

Fans brought a ‘Welcome Home’ flag with them

The star – who achieved critical acclaim Stateside with a residency at Caesar’s Palace – is to base himself in Britain after a decade in America.

He said at the time: “I’m based in LA and will be coming back to the UK later this year and I’ll also be looking at homes to spend more time there. I really need to put my boots on the ground, definitely London. I’ve got to get back to London; my home.

“When I used to land my mum was the reason it felt like home. I’d make that phone call and she’d meet me at the hotel. That obviously doesn’t happen any more.”

Matt and his twin brother Luke Goss started Bros with their pal Craig Logan in 1986.

They sold 16 million records worldwide, hit the number one spot with tracks including I Owe You Nothing and When Will I Be Famous and drove legions of obsessive fans wild with hysteria dubbed ‘Brosmania’.

Read More: Bros singer Matt Goss mobbed by fans as he touches down at Heathrow Airport