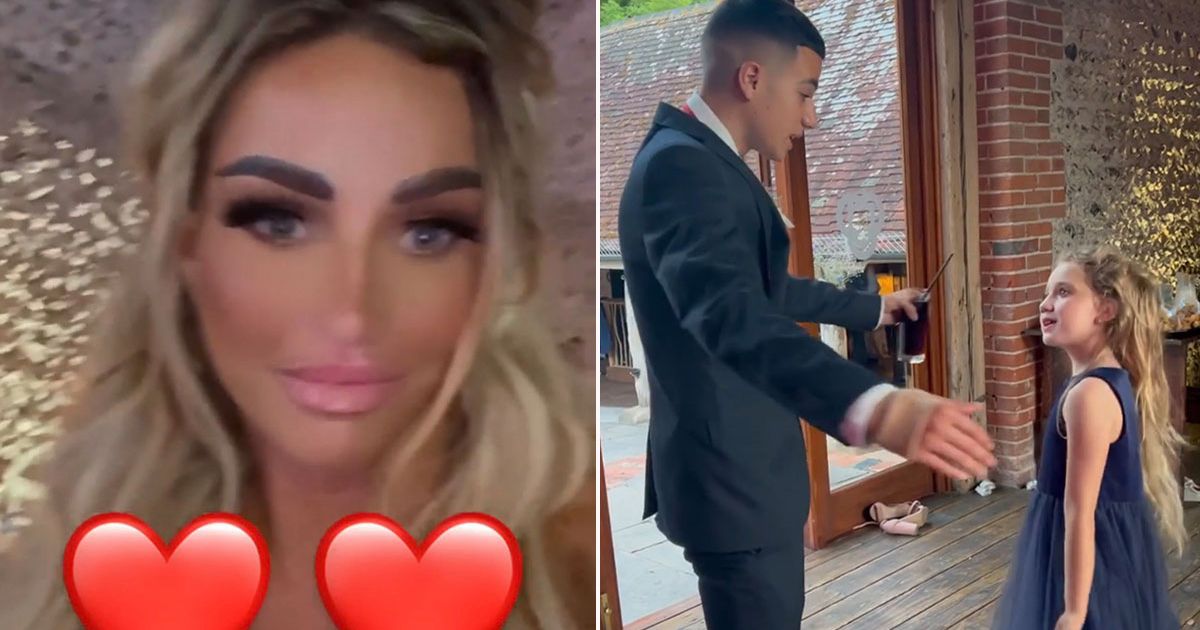 Sophie Price tied the knot surrounded by her loved ones yesterday, after big sister and bridesmaid Katie Price reportedly begged her to moved her wedding date forward in case she goes to jail on Friday 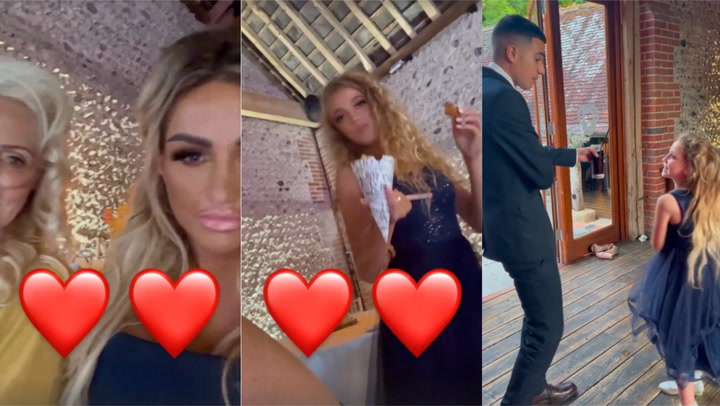 Katie Price looked stunning as she acted as a bridesmaid at her sister’s wedding on Wednesday, after reportedly asking the bride to move the date forward due to her legal woes.

It’s claimed the former glamour model begged little sister Sophie Price and her now-husband Harry to tie the knot before the end of this week in case she was sent to prison on Friday.

The mum-of-five, 44, is due in court on Friday for sentencing after pleading guilty to breaching a restraining order against ex-husband Kieran Hayler’s fiancee Michelle Penticost.

The TV star, 44, was joined by her mother Amy

Ahead of her looming court date, the reality TV star was focused on spending quality time with her family on Wednesday – as she attended Sophie’s special day alongside children Harvey, Junior, Princess and Bunny.

The bride, 32, glowed as she wore a white gown and flowing veil decorated with flowers as she became a married woman at All Saints church in East Sussex.

Katie – who wore a midnight blue bridesmaid dress for the occasion – even celebrated singer Junior’s recent musical success, after he topped the iTunes charts with his debut single last week.

“Bunny @officialjunior_andre [love-heart eyes emojis] junior song out now search slide on all platforms,” a proud Katie captioned a clip of the teenage singer and young Bunny dancing at their aunt’s wedding to his debut bop, Slide.

Over on her Instagram Stories, the OnlyFans content creator shared more behind-the-scenes snaps and clips for her sisters special day – including some touching moments with mum Amy.

Amy, 70, is currently battling a terminal lung condition which has left her needing constant oxygen support.

The mum-of-three beamed alongside her eldest daughter on Wednesday, as Katie filmed herself, her mum and daughter Princess bopping away to Kanye West’s Golddigger.

Katie went on to share an adorable clip of Princess and little sister Bunny taking to the dance floor to enjoy the very same track, captioning the snippet: “My girls [love-heart emoji].”

Chart-topper Junior also took to the floor, with mum Katie on hand to catch the singer dancing with his grandad on camera.

One person missing from the family celebrations was Katie’s fiance Carl Woods, who was reportedly banned from the ceremony.

The Price family were reportedly keen to enjoy some time together as a family before Katie’s sentencing on Friday.

Katie respected her sister’s wishes not to invite her fiancé

The insider continued that Katie “brought a film crew” with her and that she was “hell-bent” on attending the wedding.

The Mirror has previously reached out to Katie’s reps for comment.