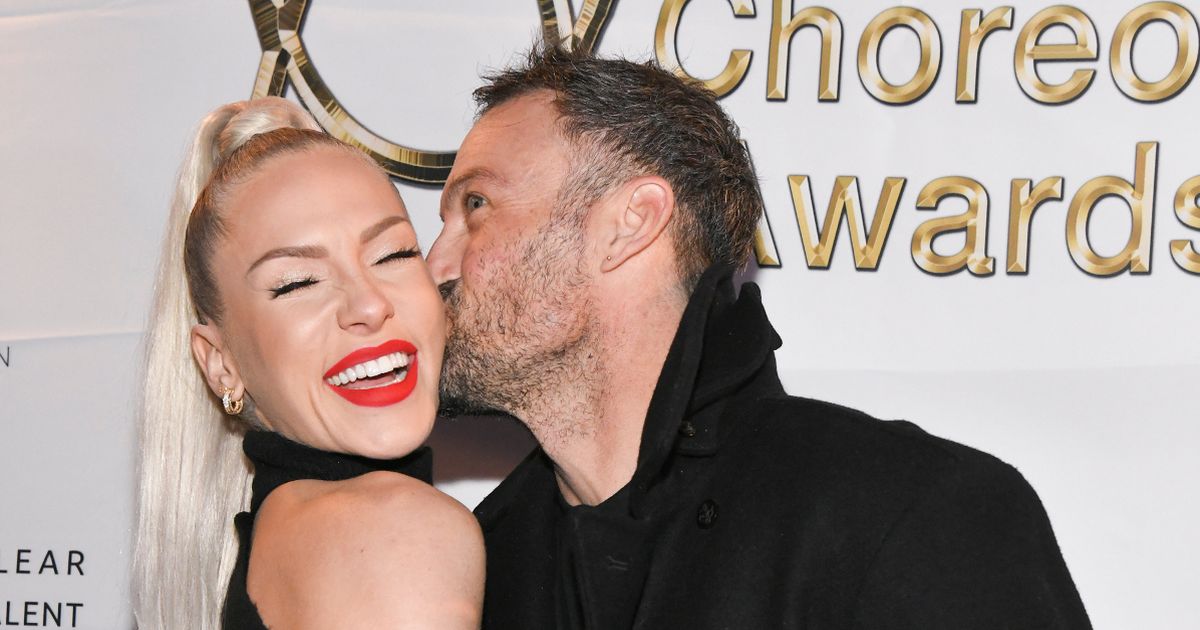 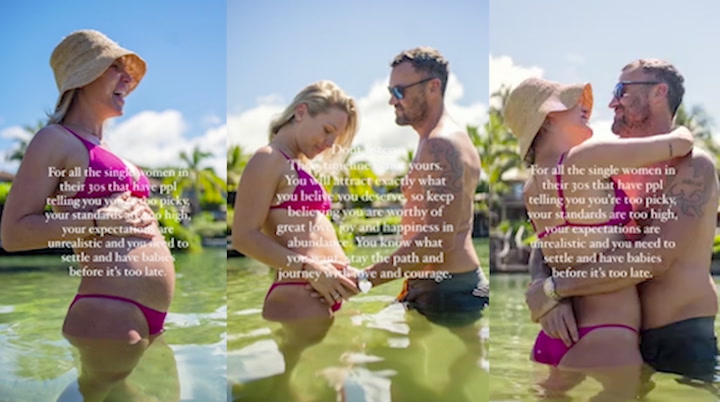 Sharna Burgess shares advice to ‘single women in their 30s’

The pair both used their own social media channels to announce the brilliant news, revealing their baby boy was born on Tuesday.

The Beverly Hills 90210 actor, 48, shared a sweet black-and-white snap of the youngster gripping his finger and captioned the post: “Zane Walker Green born 6/28 at 12:12,” followed by two love heart emojis.

Dancing With the Stars’ Sharna, 37, shared the same image and added: “My heart is now forever outside of my body.”

Fans and famous pals of the pair were quick to send congratulatory messages, with actress Caitlin Dechelle writing on Sharna’s post: “So happy for you guys.”

Baby Zane actually made an early arrival, with his due date initially July 4. He is Sharna’s first child, while he makes Brian a daddy-of-four.

He already shares three kids – Noah, 9, Bodhi, 8, and Journey, 5 – with ex-wife Megan Fox, while he also has a son – Kassius, 20 – with his former Beverly Hills co-star Vanessa Marcil.

Brian and Sharna first became an item in October 2020 after a mutual friend introduced them.

A year later, they were paired up together on Dancing With The Stars, but thankfully for the duo their relationship lasted longer than their experience on the show – they were eliminated after just three weeks.

Despite their appearance on the contest being short-lived, they both called it “a great experience”.

Sharna Burgess and Brian Austin Green have been together since 2020

They first announced they were expecting a baby together in February as Sharna shared a black-and-white snap of her baby bump on Instagram.

She captioned the sweet shot: “And suddenly my world would never be the same. Forever greater, forever expanded and deeper. Forever abundant and unconditional Baby Boy July 4th (ish) 2022..

“I love our family, I love that it’s growing and I love you. How did we get so lucky.”

California to provide free health care to all low-income immigrants »