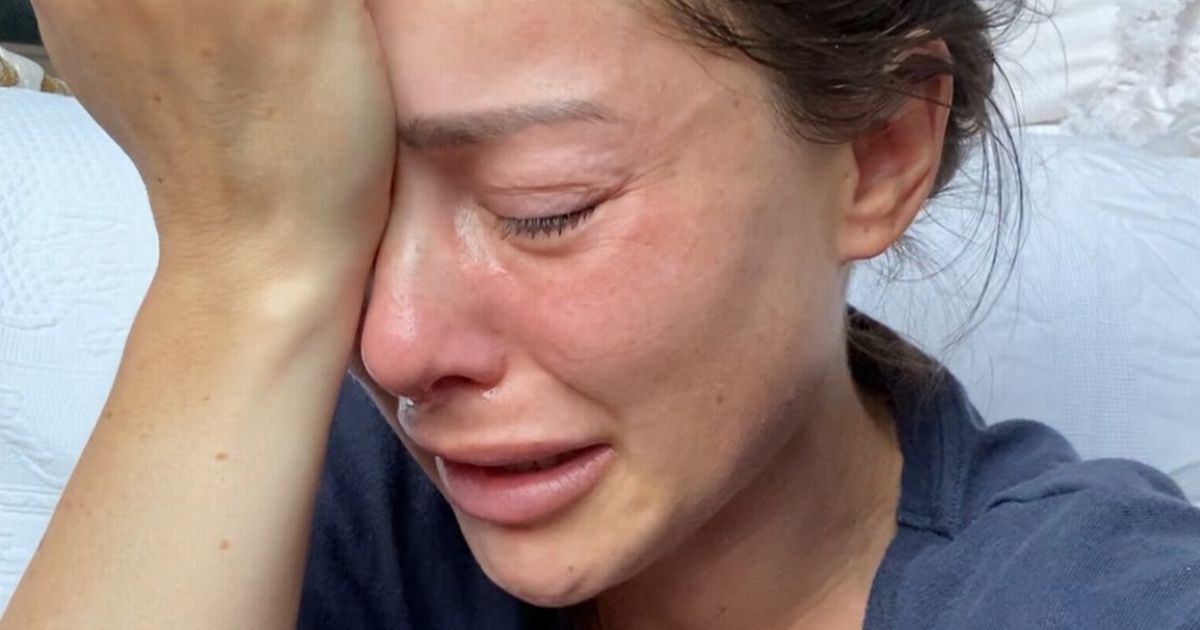 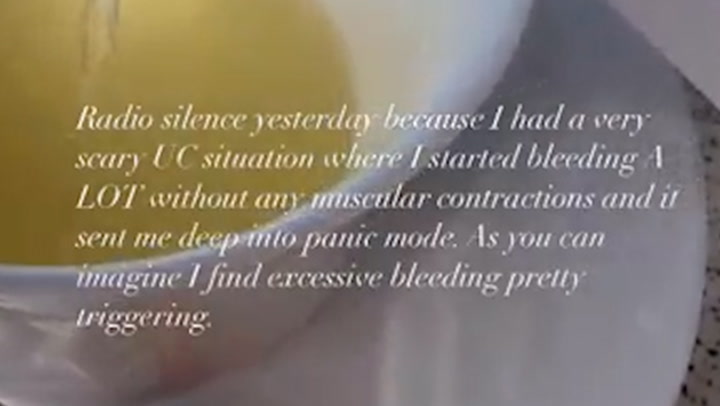 Louise Thompson has bravely showcased the realities of her ongoing mental health battle following the birth of her son Leo back in December.

The former Made In Chelsea star, 32, has been documenting her journey with postnatal depression on her Instagram account in recent months after complications while giving birth meant that she had two very close brushes with death.

Since then, the former reality TV star has been incredibly candid about the continuous struggles she faces each day, and in her most recent set of Instagram stories, Louise admitted she went through a ‘catastrophic breakdown’ on Tuesday – one so bad that it made her wish she would ‘die’.

Louise explained her day started off on a high note, and she felt calm and content spending quality time with her partner, Ryan Libbey and their six-month-old baby, Leo.

The mum-of-one took her adorable son swimming, and then went to visit her childhood best friend and former Made In Chelsea star, Rosie Fortescue who gifted her with a beautiful silver ring.

Louise bravely shared the details of her ‘breakdown’ with fans

The star sobbed on her bedroom floor amid the panic attack

Louise explained although she had many things to be grateful for in her life, she can still become triggered at any given point, which leads to panic attacks and ‘breakdowns’ – which is exactly what happened to her after her wholesome day out.

The brave star posted two images of herself sobbing on her Instagram stories as she shared the realities of the ‘pain’ and ‘suffering’ she endures every day following the tough birth of her son, which not only effected her physically, but also mentally.

“And then I had an absolute catastrophic breakdown out of NOWHERE,” Louise wrote alongside the distressing snap.

“It’s like my brain thought I was full on dying again. I couldn’t think straight or function for 40 minutes. Absolutely petrifying. I literally don’t think that I was triggered by anything.

Louise has struggled with postnatal depression

“I had to take myself away because I don’t like lowering the mood for Ryan or others and then I found some photos of myself as a child in my bedroom and I started screaming ‘why did this have to happen to me’ – feeling so angry and sad for my own innocent, vulnerable self.”

Louise continued: “Honestly, wtf is going on. My new anti-depressant is quite good for sleep so I take it in the evening and at least that helped me go to bed and reset to start today as a fresh new day.

“But WOW, when I’m stuck in those moments I want to DIE in a big way.”

The former reality TV star also posted another photo of herself with tears streaming down her face as she sat sobbing on her bedroom floor amid the distressing attack.

“I honestly don’t even have words to explain the suffering. I just keep telling myself to keep going because light is around the corner,” she penned.

Louise has been widely praised for breaking boundaries around mental health and postnatal depression since documenting her own journey.