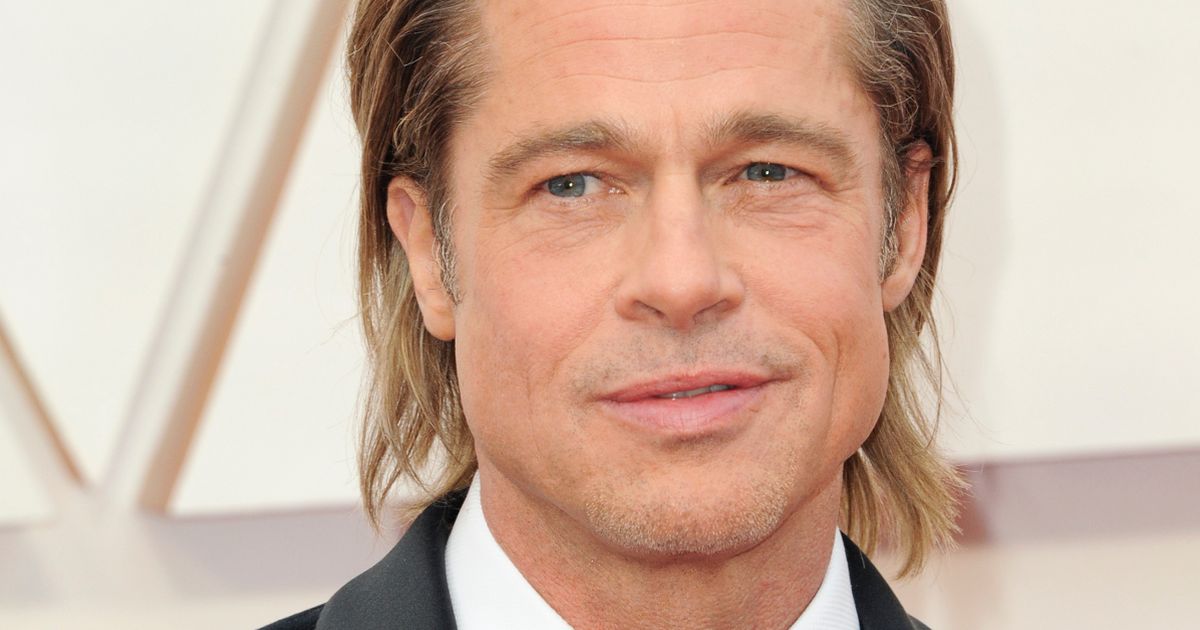 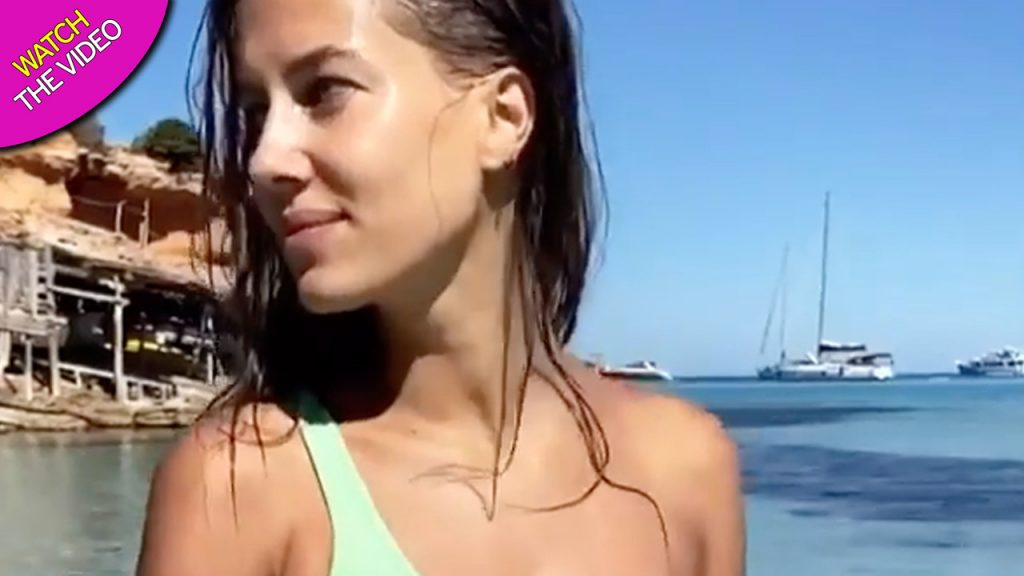 Brad Pitt’s rumoured girlfriend had once again posted a cryptic message about happiness on her Instagram as tensions ramp up with ex-wife Angelina Jolie.

German model Nicole Poturalski has reportedly been Brad’s girlfriend for the past few months and they were seen in France together, where they holidayed at his château in the south.

The 27-year-old beauty is becoming a regular poster of ‘vague’ comments that have accompanied photos of her, in which she looks uncannily like Angelina.

They often elude to making the best of bad situations and this time she seems to have had a dig at Brad’s ex as custody and divorce proceedings reach a tense point, with their court hearing on the horizon. 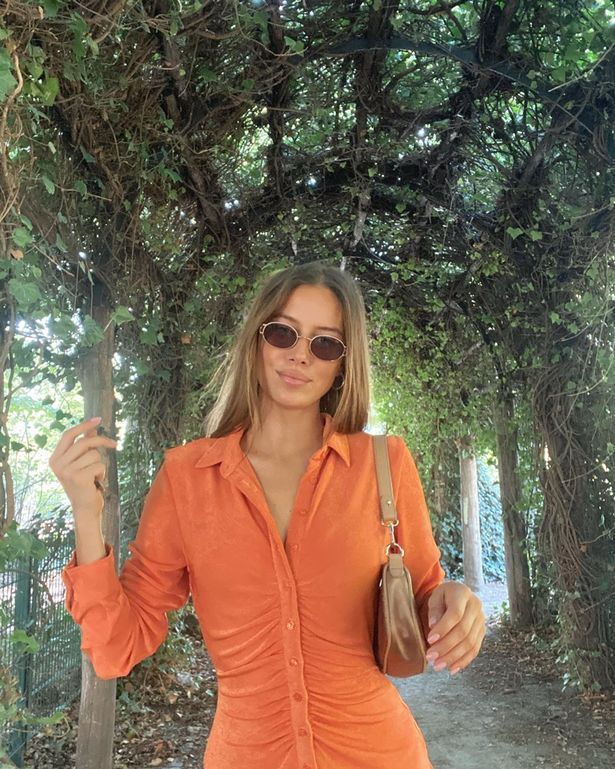 Posing in an orange, button-up long sleeve mini-dress by With Jéan, Nicole continued to give Angelina vibes with her brunette hair cascading down and sunglasses.

She added three orange heart emojis in what could be seen as a dig at Angelina, who is reportedly getting upset as the court case nears.

Hollywood superstars Brad, 56, and Angelina, 45, have locked horns in recent weeks after Ange wanted the judge in their case removed. 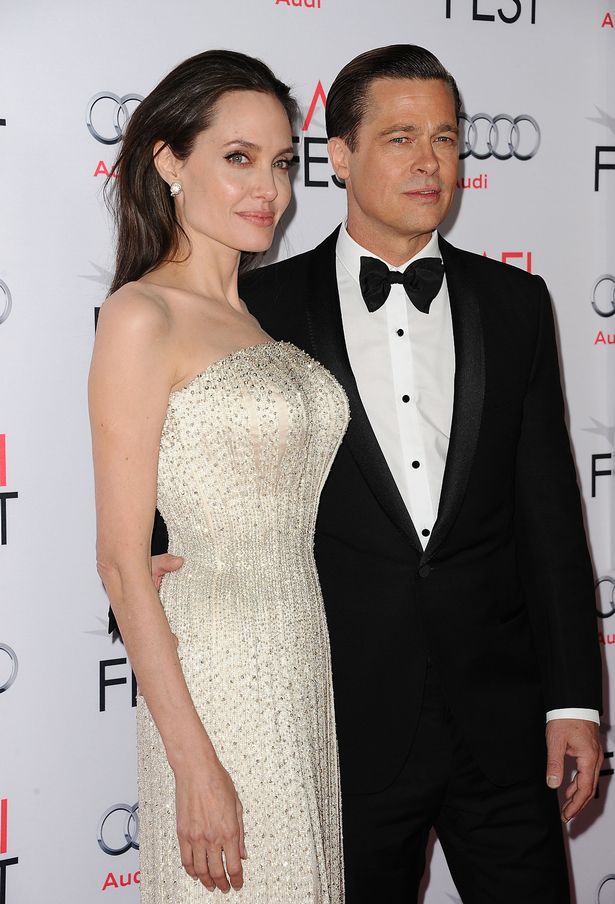 She claimed that Judge John W. Ouderkirk had “failed to disclose the cases that demonstrated the current, ongoing, repeat-customer relationship between the judge and Respondent’s counsel.”

Brad hit back a week later saying that Ange’s attempts to have the judge removed would have a detrimental effect on their children.

His lawyer said in legal documents: “Jolie’s abrupt cry of judicial bias reeks of bad faith and desperation, not to mention careless disregard for the procedural rules intended to root out legitimately conflicted judicial officers.” 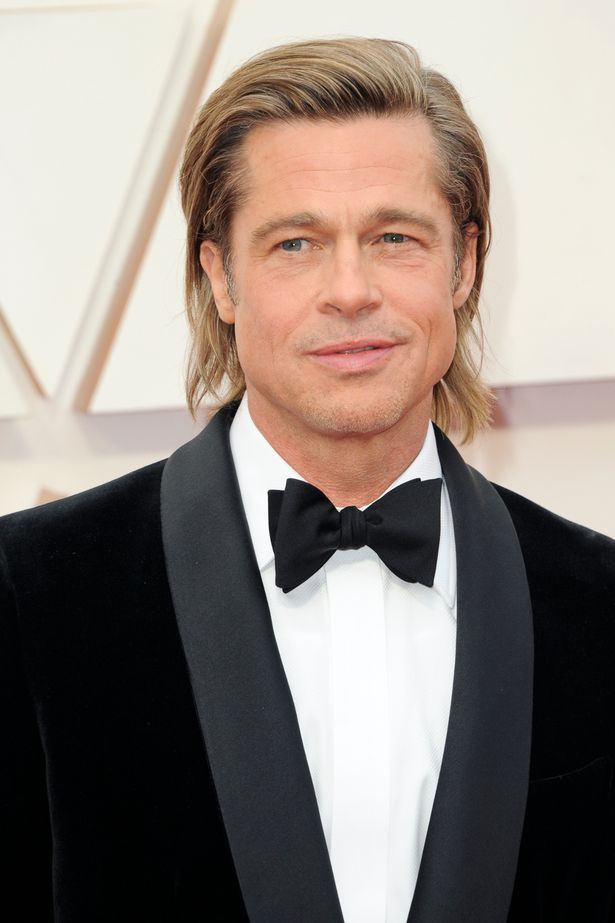 The statement continued: “Unfortunately, the individuals hurt most by Jolie’s transparently tactical gambit are the parties’ own children, who continue to be deprived of a final resolution to these custody issues.

“Jolie’s motion should therefore be denied.”

Brad and Angelina split in 2016 after two years of marriage following being together for more than a decade before that.