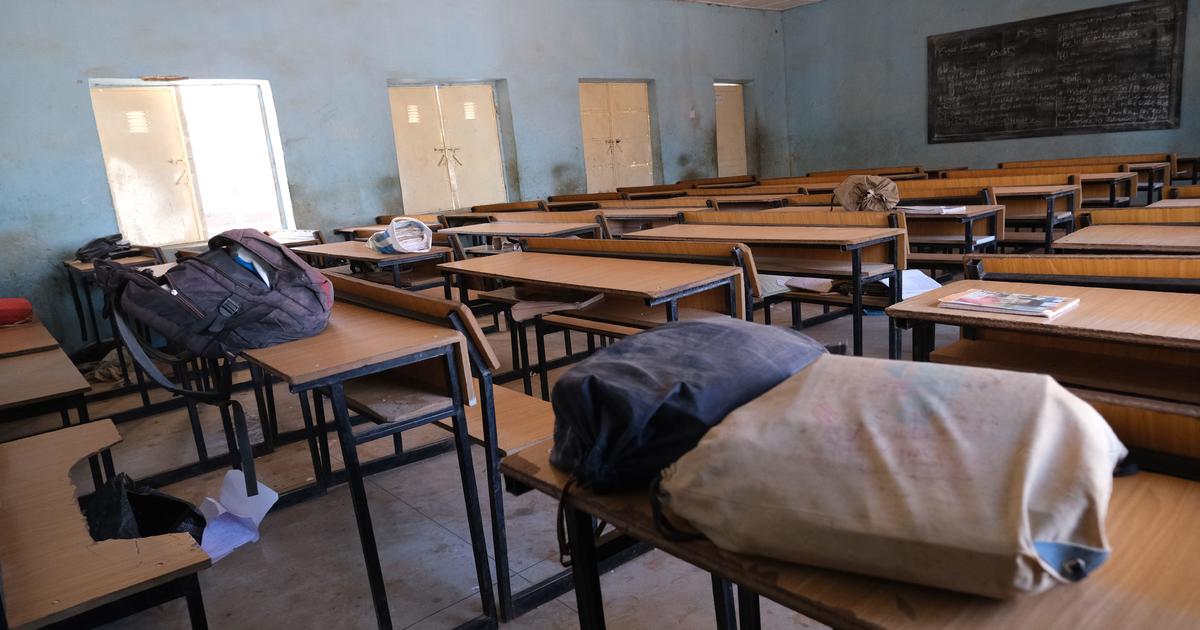 ­­Kano, Nigeria — Boko Haram on Tuesday claimed it was behind the abduction of hundreds of students in northwestern Nigeria, in what appears to be a major expansion of the jihadist group’s activities into new areas. At least 333 students are still missing since the attack late Friday on the all-boys Government Science Secondary School in Katsina state — hundreds of miles from Boko Haram’s stronghold in northeast Nigeria.

“I am Abubakar Shekau and our brothers are behind the kidnapping in Katsina,” the leader of Boko Haram said in a voice message.

More than 100 gunmen on motorcycles stormed the rural school north of Kankara town, forcing students to flee and hide in the surrounding bush. A number of boys were able to escape, but many were captured, split into groups and taken away, residents told AFP.

School bags and other items belonging to pupils from the Government Science school are seen on the floor after hundreds of students were abducted by gunmen in Kankara, in northwest Katsina state, Nigeria, December 15, 2020. Boko Haram claimed responsibility for the mass-abduction.

The Governor of Katsina state, Aminu Bello Masari, said on Twitter that the kidnappers had “made contacts with the government and talks are ongoing to ensure their safety and return to their respective families.” He did not confirm that it was Boko Haram holding the boys.

#BringBackOurBoys has been trending on social media since the weekend in reference to a similar hashtag used after Boko Haram abducted 276 girls in 2014 in Chibok, in northeast Nigeria.

The weekend attack was initially blamed on armed groups locally known as “bandits,” who are active in the unstable region where kidnappings for ransom are common. The army has said it has located the hideout of the “bandits,” and that a military operation was under way.

The kidnappings occurred in the home state of President Muhammadu Buhari, who condemned the attack and ordered security stepped up in schools. In Katsina, all schools were closed.

Tuesday’s claim of responsibility marks a major turning point in the advance of jihadist groups in northwest Nigeria.

Boko Haram, and a splinter group, the Islamic State in West Africa Province (ISWAP), are waging an insurgency in the northeast of Nigeria and are thought to have only a minor presence in the northwest.

But concerns have grown of jihadist inroads into the region, especially after fighters claiming to be in the northwest released a propaganda video pledging allegiance to Abubakar Shekau earlier this year.

CBS News correspondent Debora Patta notes that while Boko Haram said the boys were abducted because the Western-style education on offer at the school was prohibited by its strict interpretation of Islam, often the terror group abducts boys to force them to become foot soldiers. Boko Haram has a long track record of using child soldiers.

Buhari has made the fight against Boko Haram a priority of his administration, but the security situation in northern Nigeria has deteriorated since his 2015 election.

Angry residents heckled the Katsina state governor during a visit to the area on Saturday, while protesters greeted a government delegation led by Defense Minister Bashir Salihi-Magashi on Sunday.

Osama Aminu Maale was one of the students who escaped the abductors and returned to his parents.

“There were a total of 520 of us that were taken by the gunmen from the school,” the 18-year-old student told AFP by telephone at the weekend.

A view shows an empty classroom with school bags and wares belonging to pupils at the Government Science school where gunmen abducted students, in Kankara, in northwest Katsina state, Nigeria, December 15, 2020.

“After they took us away we stopped inside the bus where they made the older students take a headcount. We counted 520,” he said.

The hostages were split into groups before Maale and four others escaped.

“One of the gunmen hit me repeatedly when I failed to keep up with the rest of the group due to my failing health before he let me trail behind, giving me the chance to escape,” he said.

The Boko Haram insurgency began in 2009 in northeastern Nigeria before spreading to neighbors including Niger, Cameroon and Chad. ­­ Since then, more than 36,000 people have been killed in Nigeria and two million forced to flee their homes, sparking a humanitarian crisis in the region.

A regional military coalition has been formed to fight the insurgents.­­

« Are Jason Sudeikis And Jennifer Aniston Hollywood’s Next Biggest Couple?