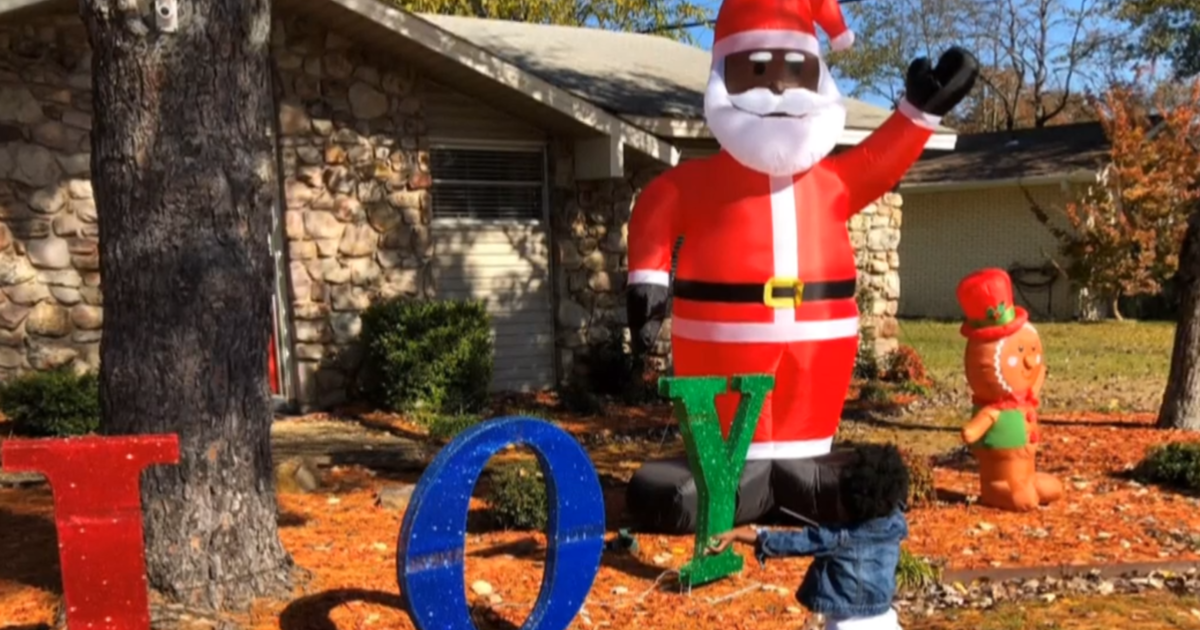 In North Little Rock, Arkansas, the subdivision of Lakewood is a quiet community. But that peace was shattered when a letter arrived at Chris and Iddy Kennedy’s house. It was signed by Santa.

“Please remove your Christmas yard decoration,” the letter said. “You should not try to deceive children into believing I am a Negro. I am Caucasian, White man to you.”

“The first word that stuck out to me was Negro,” said Chris Kennedy. “My first thought was of my wife and daughter. It was, ‘have I been doing the wrong thing by putting these inflatables out?'”

One of his first thoughts was “Did I do something wrong?”

Chris Kennedy said, “Because of the times we live in, I have to start thinking about, ‘are people going to believe me?'”

His neighbors did. Black Santas started popping up all over town.

“I thought it was a nice way to tell one of our neighbors that we weren’t like that,” Chip said.

“I think you have to speak out against racism and I think the letter is very, very racist,” Cheryl said. “And it really kind of hurt my heart that someone in our neighborhood was sending something like that to one of our neighbors. I read the letter and I was like, get the biggest one you can find!”

For the Kennedys, all that matters is their 4-year-old, Emily.

Chris said she has “definitely” noticed the new Santas around town.

“For her, Santa’s always been Black,” Chris Kennedy said.

“We’ve been intentional about that,” Iddy Kennedy said.

“We want her to see herself represented as much as possible,” Chris added.

He said that while the pain of receiving such a letter will never be eased, the “outpouring definitely helps to heal up the wound you know when you break something it tends to grow back stronger.”

Emily is what Christmas is all about — and no Grinch can steal her joy.