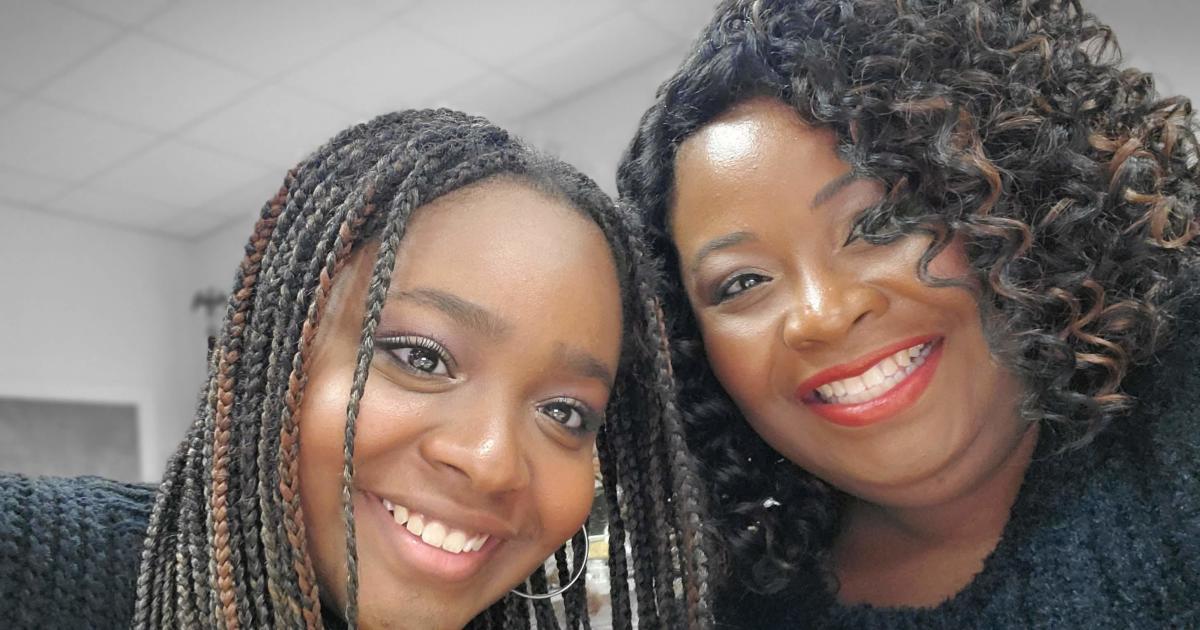 Black families wary of return to school: “I’ve seen the system fail us”

For Clarice Doctor, a single mom in New Jersey, asking her daughter to start her senior year through distance learning rather than her high school’s in-person option was one of the hardest moments she’s had as a parent. But for her family, it was the only option that felt safe.

Doctor had many reasons. She shares a home with her parents, who are at high risk for the coronavirus. She’s concerned about the virus’s deadly impact on communities of color. She’s noticed other families not taking it as seriously as her own.

But her biggest concern is one that began long before the outbreak of COVID-19: As a Black woman, she said, she doesn’t trust the system to work for her.

“Time and time again I’ve seen the system fail us. How can I trust it now?” Doctor said in an interview with CBS News.

Clarice Doctor decided not to send her daughter back for in-person classes due to the risk of the coronavirus.

She isn’t alone. CBS News spoke to dozens of Black families, all of whom expressed reluctance to send their children back to in-person learning in the midst of the pandemic. Study after study shows that families of color are much more likely to have safety concerns over in-person learning this fall. According to a Washington Post-Schar School survey conducted by Ipsos in late July, nearly 80% of Black and 72% of Hispanic parents responded it was “not safe” to have their children attend in-person classes this fall. But only 43% of White families felt the same.

As schools have developed plans for returning students to class safely, many Black families have been wary about how those protections would apply to their children and their community, highlighting what, Howard Stevenson, a professor of urban education and Africana studies at the University Pennsylvania, called a historical distrust in “the system.” The distrust has gotten worse during the Trump administration, Stevenson said.

“Black people have always had to read between the lines, because what people say and what they do are very different,” Stevenson said. “As the saying goes, ‘If it’s a sneeze in the White community it’s pneumonia in the Black community.'”

Shakira Reynolds, a Black mother in California’s Bay Area, used the same phrase to express her hesitations about sending her two boys back to in-person learning in the midst of a pandemic. Though she had major concerns over sending her children back to a physical classroom, her two sons, both of whom are autistic, benefit immensely from in-person learning, she said. This fall, one of her sons is doing remote learning while the other is attending in-person classes at a school where her husband works.

“Yes, I’m concerned if my boys can’t read, but I want them to be alive,” Reynolds said.

The impact of the COVID-19 pandemic has been particularly devastating in communities of color. The rate of hospitalization is nearly five times higher among Black Americans than it is for White people, and 4.6 times higher among Hispanic and Latino people, according to data provided by the Centers for Disease Control and Prevention (CDC). A coronavirus infection for a Black patient is more than twice as likely to result in death than it is for a White patient, according to the CDC’s data.

The federal health agency pointed to racial discrimination as one of the factors contributing to the disproportionately high rates of hospitalization and death among patients of color. The CDC says other factors include higher rates of medical conditions like diabetes that increase risk, plus gaps in income, wealth, education and health care coverage, and a greater likelihood of working in frontline jobs.

In Oxford, Mississippi, Cindy, a single Black mother of four, has seen firsthand the devastation of the virus. Members of her church have gotten sick, she said, and she’s seen Facebook posts announcing the deaths of peripheral friends. She’s also noticed the White community in her city hasn’t been as impacted.

“It’s like we’re living in two different worlds,” said Cindy, who asked that her real name not be used.

Indeed, learning-model preferences appear to reflect Cindy’s observation. Just over half — 54% — of the Black students in Cindy’s school district opted to begin the school year remotely, according Heather Lenard, a spokesperson for Oxford’s schools, while less than 20% of Oxford’s White students chose remote learning.

Lenard pointed to several factors contributing to the divide, including a prevalence of multigenerational households and higher rates of underinsured or uninsured Black families.

“There’s an extra layer of fear [in the Black community],” Lenard said.

But that racial divide appears to have gone largely unnoticed by many school districts. When surveying parents on their learning preferences, many systems, including most of the largest districts in the country, didn’t ask about race.

“The schools are thinking universally and you think it’s a pretty benign question, except you’re not comparing the life experiences across these different racial parenting groups,” Stevenson said.

The question of race is a common omission. Medical trials, surveys and research often neglect to account for how the world impacts people of color differently, resulting in incomplete and whitewashed conclusions, said Stevenson.

At Freehold Regional School District, Doctor’s system in New Jersey, 75% of parents opted for in-person learning, according to a spokesperson for the district. But the district, like many others, didn’t account for the race of the student, the spokesperson told CBS News. As of September 1, there was no data to reflect the learning-model preferences of families of different backgrounds, the spokesperson said.

“Black moms don’t really feel heard,” said Eboni Taylor, an executive director at Mothering Justice, a Michigan-based political group focused on the needs of moms. “We haven’t been given a lot of reason to trust the system. Why would we trust it now, and with our most precious thing: our child.”

At first glance, resistance to in-person learning from communities of color doesn’t make sense, said Taylor, a Black mom of two young boys. Black workers disproportionately fill frontline jobs in fields like retail and food service — employment that’s impossible to do from home and that has experienced some of the most devastating job losses since the onset of the pandemic. Because of that, Black families have been among the hardest hit by coronavirus-related economic fallout. More than half of Black women say they’ve lost income since March, and 1 in 5 report not having enough food in the past week, according to a recent report from the National Women’s Law Center.

But for parents locked into unforgiving work schedules that don’t allow any work from home option, an unexpected school closure or quarantine can be disastrous, Taylor said. That’s led many families to prefer remote learning to avoid the possibility of last-minute changes and disruptions, Taylor said.

This fall, Taylor is sending her sons back for in-person learning, but only because their small private school is offering an entirely outdoor curriculum. “It was the only way I could do it,” she said. Once the weather gets colder, Taylor said they’ll probably pivot to remote.

Experts worry that the stark racial differences in learning-model preferences could worsen the already-problematic achievement gap, a measure by which researchers measure educational differences. A recent study from McKinsey & Company, a New York-based consulting firm, found that if students do not resume in-person learning by January 2021, Black students could experience more than 10 months of learning loss. That loss could exacerbate average achievement gaps between White students and those of color by 15% to 20%, the study found. If Black students indeed are staying home in higher numbers than their White classmates this fall, the gap could grow even further.

But Taylor said that in such an unprecedented time, many Black families don’t have the luxury to worry about things like an achievement gap.

“The achievement gap is secondary, dare I say tertiary, to survival right now,” Taylor said. “It can’t compete with survival.”