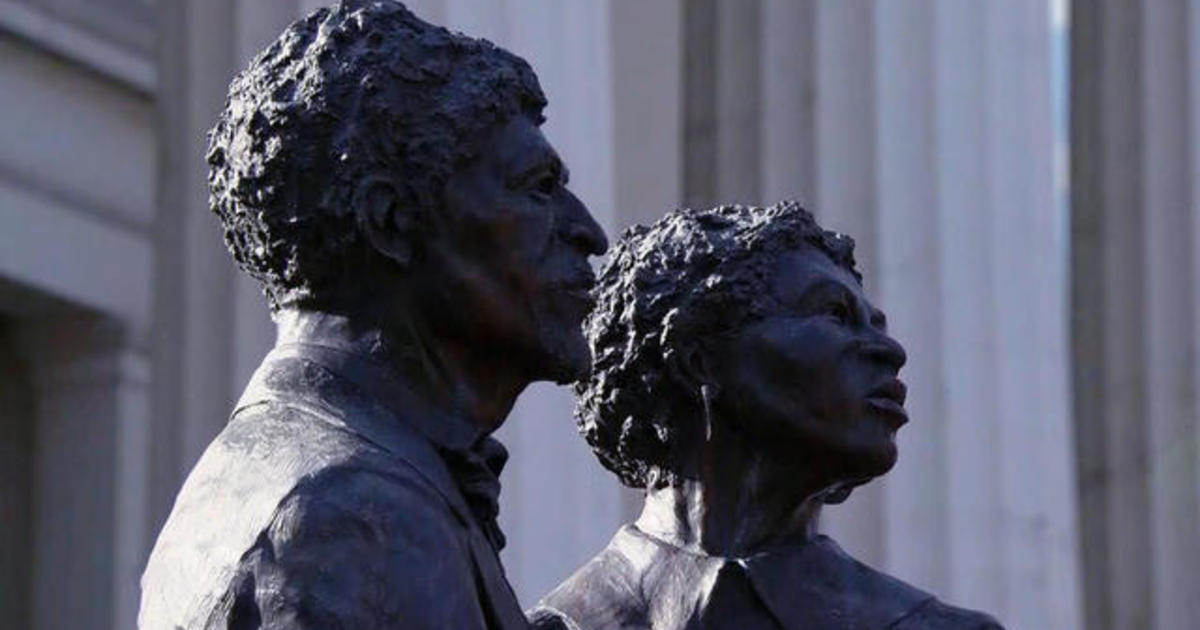 The hundreds of people who filed lawsuits in Missouri that helped spur an end to slavery are being honored with a new monument in downtown St. Louis.

In the 1800s, Missouri law held if a person was once free, they were always free. Dred Scott, an enslaved man, and his wife Harriet claimed that he and his family should be freed because they had lived for a time in a free state.

“They were there to save their daughters. They hid them away for possibly up to two years just to keep them from being sold during this process,” Jackson said.

Scott sued and won, leading to an 11-year legal battle. In 1857, the Supreme Court threw out the verdict — a decision that helped put the North and South on a collision course toward Civil War.

The Scotts were were among hundreds of people to file a freedom suit. Historian Kenneth Winn, who was the Missouri state archivist when a court clerk found that at least 306 freedom suits were brought by slaves in St. Louis.

“It shows the collective effort of a people trying to be free, who did not rest and just accept their law and slavery, but resisted it,” Winn said. “It really speaks in some ways to people who believed in the integrity of the law.”

The suits were filled during a time of racial segregation — Black slaves would need to walk into a St. Louis courtroom where they weren’t allowed to read or write, couldn’t even testify in a court of law and the judge and jury consisted solely of white men. Missouri was also a slave state.

Despite these circumstances, cases were heard and some were successful — more than 120, by Winn’s estimate.

Judge David Mason of the 22nd Circuit Court, a descendent of slaves, spent the last 14 years pushing for a freedom suit memorial. He got emotional as he described what its installation means to him and to the city of St. Louis.

“This is an incredible part of St. Louis’s history. You had to be pretty brave and courageous just to file the suit, because if you lost, the consequences could be dire,” he said. “When I’m reading these files and reading the affidavits of the slaves, I mean, I’m hearing them, I’m feeling them, I’m hearing my people. These were some of the strongest people over 500 years that have ever been produced in American society.”

Jackson said that Dred and Harriet Scott would be proud of the work that was done.

The monument was commemorated on Juneteenth — the federal holiday that commemorates the day people enslaved in Texas learned they were free — to honor the freedom suits that took place in the Civil Courts Building where it stands today.

“Truth is powerful. Facts are powerful. Having the strength to look falsehood in the eye and call it out for what it is is powerful,” said Mason.

The Freedom Suits Memorial was Funded by private donations. The names of all 330 known freedom suit plaintiffs will be added around its base.