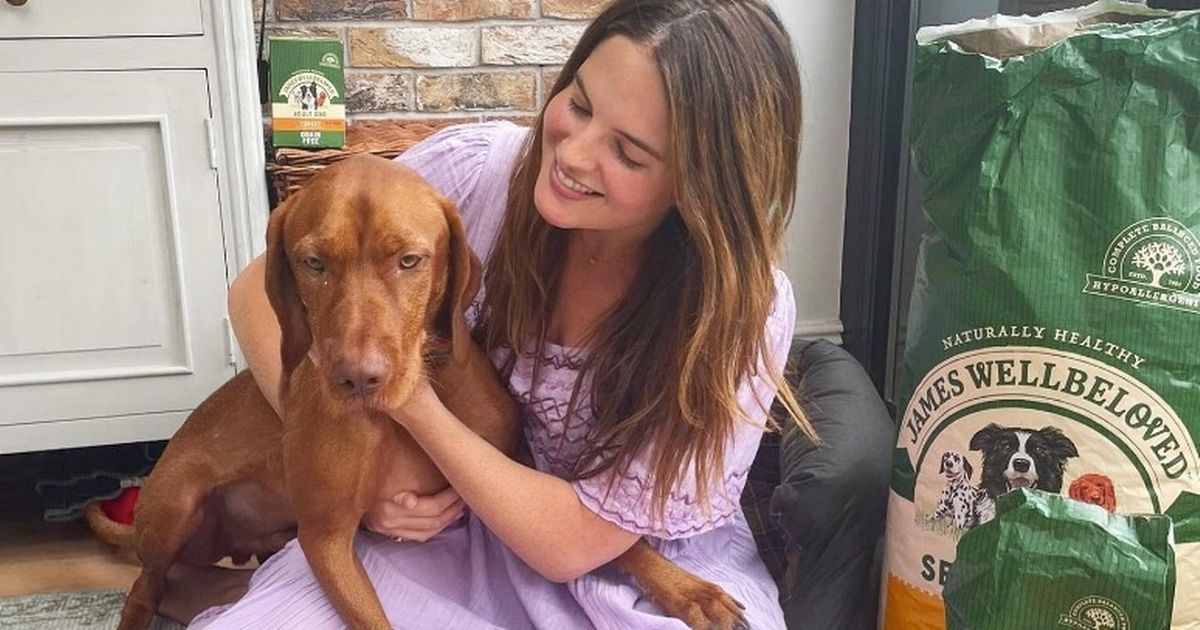 The Made In Chelsea star took to her Instagram to explain how Pedro had chased another dog across the road, when he was hit by a “speeding van” of which the driver didn’t even stop to check if he was okay 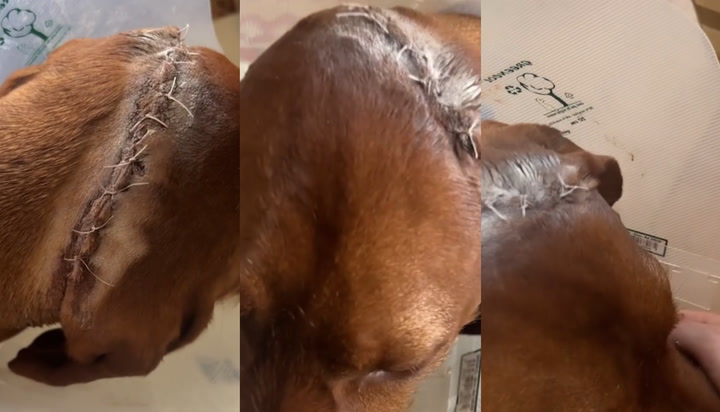 Binky Felstead has told of the moment her poor pet dog was brutally mowed down by a “vile speeding” van driver in a horror hit-and-run incident.

The Made In Chelsea star’s pooch Pedro needed life-saving surgery after he was hit by a van and left for dead.

The 32-year-old took to her Instagram to explain how Pedro had chased another dog across the road, when he was hit by a “speeding van” of which the driver didn’t even stop to check if he was okay.

The reality star shared a stream of photos and videos of her beloved furry friend showing his horrific injuries.

Her dog had to have multiple stitches right across his head following life-saving surgery, and had to wear a cone around his head.

Binky could be seen cuddling up to Pedro in one of the snaps, while another picture showed her partner, Max, hand-feeding him.

Captioning the post, Binky wrote: “*TRIGGERING *A pretty terrifying few hours as our Pedro was hit by a van … (who drove off and left him for dead yesterday without stopping to see if he was okay…)

“Yesterday we thought we’d lost Pedro, as he chased another dog across a road and was hit by a speeding van.

“I got a call from Max saying he probably wouldn’t make it and I had to urgently come to the vets and say goodbye. I don’t think I’ve seen anything like what I saw & of course we were in pieces.”

Her dog had to have multiple stitches right across his head following life-saving surgery, and had to wear a cone around his head

Brilliant veterinary surgeons managed to save Pedro who thankfully seems to be on the mend now.

Binky continued, thanking the medics for their work: “Words can’t describe how grateful we are to the INCREDIBLE team at @medivet_uk (and goodman vets Putney) who saved his life.” [sic]

The reality star then had some strong words for the driver who hit her dog, lambasting them as “vile and “immoral”.

She said: “To the van driver who hit Pedro, you are vile, immoral & I feel sick to my stomach you’ve got away with this. Well, that’s of course until karma gets you …. Maybe you drove off and left an animal for dead because you were speeding? You should feel ashamed!

Binky cuddled up to Pedro

“Regardless I can now say thank god he’s alive (amazingly) & we are so happy he’s now back home and getting lots of cuddles. India hasn’t quite got used to how he now looks & is a little scared to go too close to him but of course this will pass.

“He definitely heard us when we were saying our goodbyes over his lifeless body & I truly believe that helped bring him around. SO HAPPY YOURE HOME MY BOY – you can sleep in our bed WHENEVER you like.”

Pedro joined Binky’s family back in 2020.

Read More: Binky Felstead ‘sick to her stomach’ as her dog is victim of ‘vile’ hit-and-run by driver