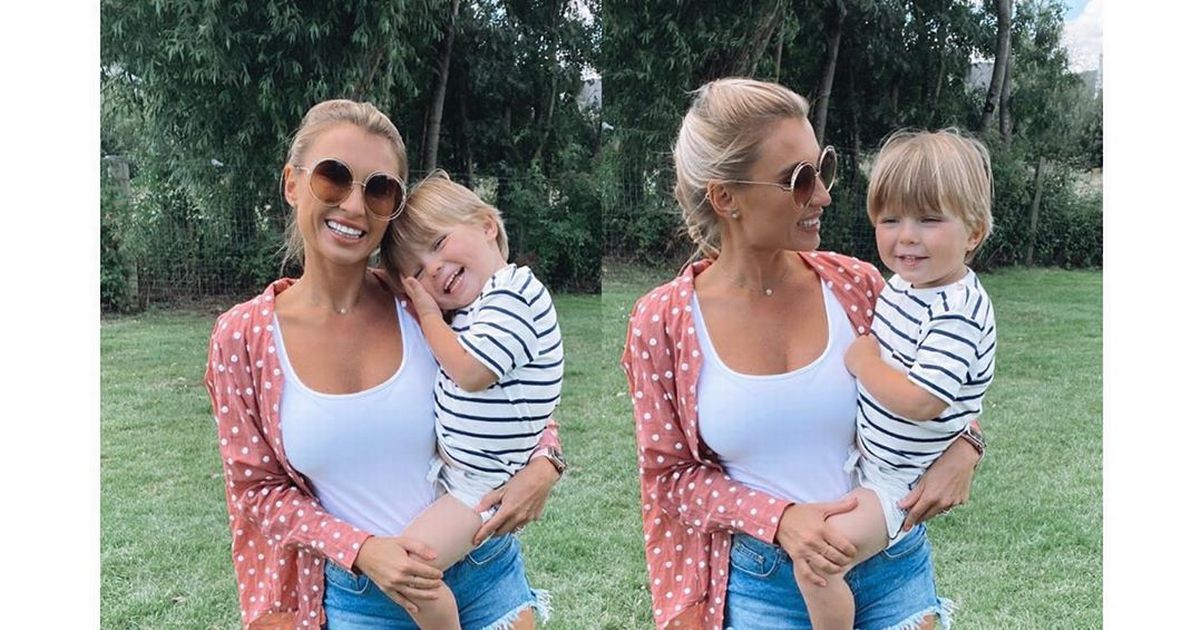 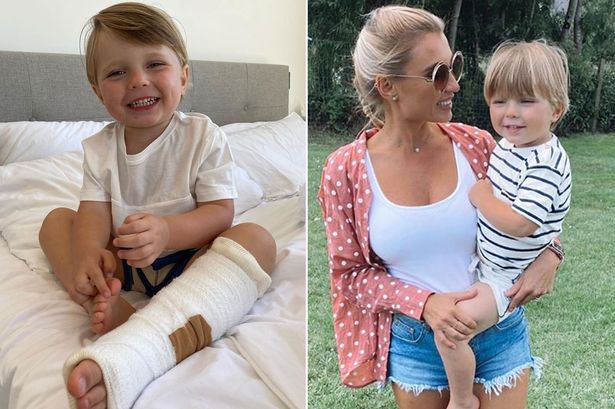 Billie Faiers’ son Arthur has injured his leg in an accident on first day of their holiday.

The whole family have headed to the Cotswolds with their cousins and matriarch Suzie Wells for company during their glamorous staycation in the UK.

But disaster struck when little Arthur, two, hurt his leg shortly after their arrival.

They headed out for an adventurous afternoon of canoeing before Arthur was injured.

Billie shared an update on her son’s condition on Instagram with a slew of smiling photographs.

Arthur could be seen sporting a brace on his left leg in the snaps. 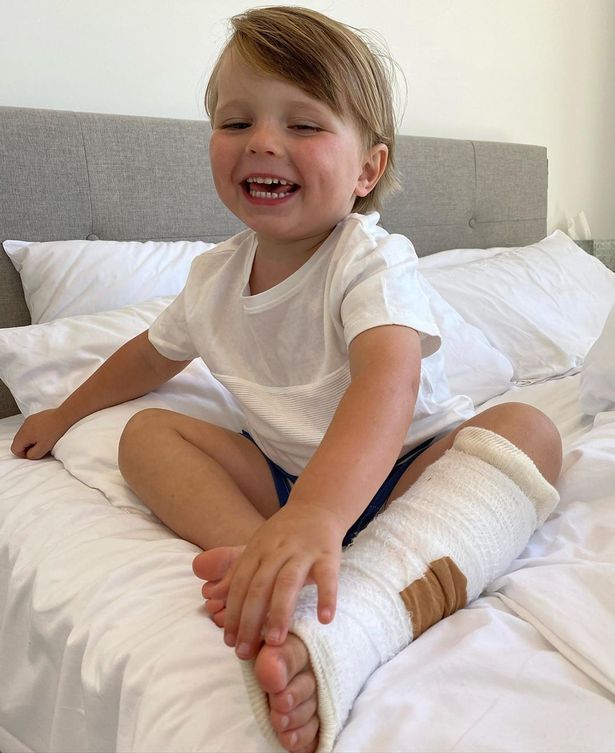 It’s not clear how he sustained the injury.

The mother-of-two hailed her son as her “brave little soldier” for still putting on a brave face.

It appeared they had no plans on going home as Billie insisted the family wouldn’t let the accident spoil their fun on holiday. 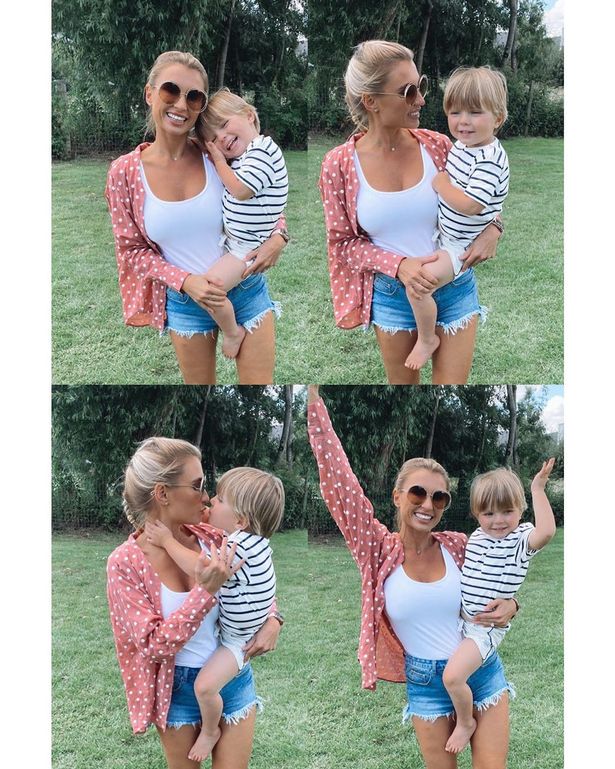 She wrote: “My brave little soldier.

“A little accident on our first day of holiday but we won’t let it spoil your fun my precious little darling.” 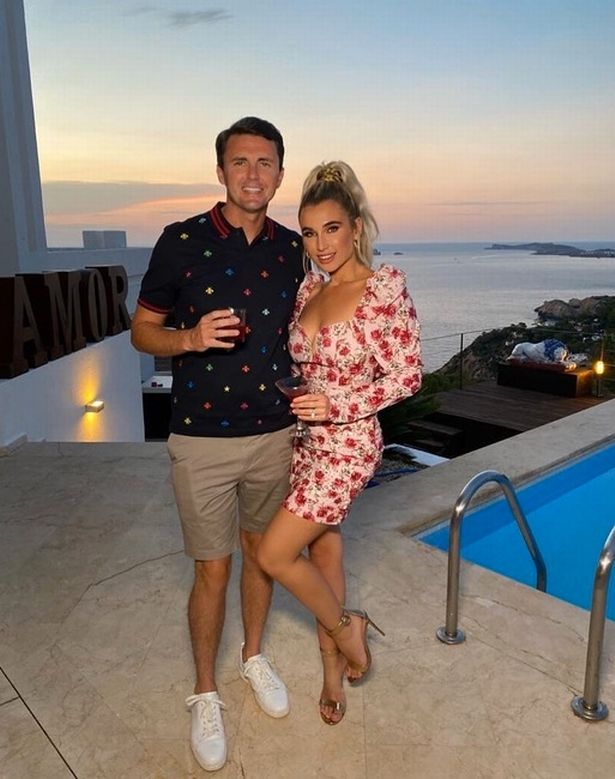 Her celeb pals and friends alike sent their well wishes to Arthur on Billie’s post.

It’s the Faiers’ first family break since lockdown begun to ease its grip on the UK.