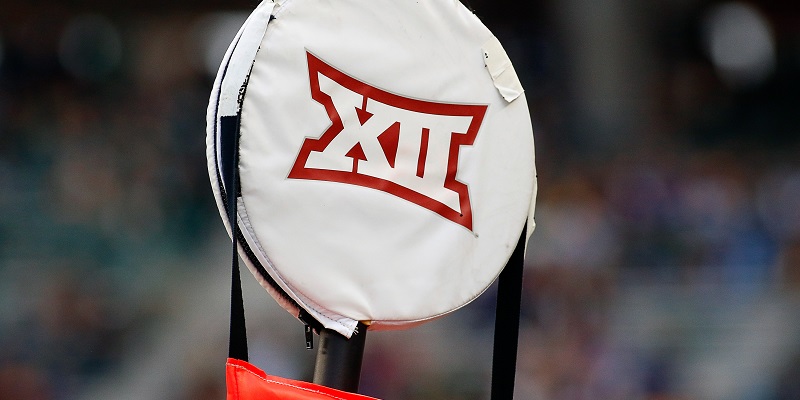 Big 12 marching forward; decision on fans up to each university

A revised 10-game schedule was released by the Big 12 Conference on Wednesday.

The Dr. Pepper Big 12 Championship game will be played Dec. 12 or Dec. 19. Commissioner Bob Bowlsby said Wednesday the conference included at least two players from every team in the health and safety discussions. Bowlsby said he expects greater clarity on the season as a whole next week when the College Football Playoff committee meets. 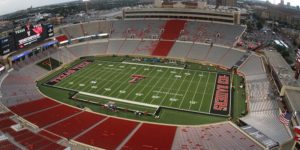 “It will be a while into season before all of this is resolved. No obvious reason why it couldn’t work,” Bowlsby said of a season-ending playoff.

The Big 12 met Tuesday and confirmed it would move forward with plans to play the 2020 college football season. The move was not unanimous, according to Baylor University officials, and came on the same day the Big Ten and Pac-12 postponed football season with a goal of playing in the spring.

Fans? Up to each school

The next big question for Big 12 schools is whether to permit fans on game day. Bowlsby said each institution is making the decision on stadium capacity under guidelines from state and local government. 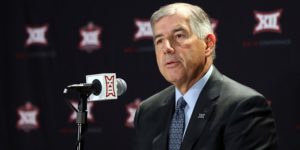 “Fans of college football are a huge part of game day. I think we all agree that we’re not going to have full stadiums,” Bowlsby said.

Texas and Oklahoma are scheduled to play in the Cotton Bowl on Oct. 10.

The first week confirmed on the schedule is Sept. 26 and includes all conference games. All non-conference games are to be announced by each member institution and are required to be played before Sept. 26.,

Each team will have a minimum of two bye dates and potentially a third bye late in the season.

Reports that Nebraska — which hopes to play despite the Big Ten’s decision — would be included in the Big 12 conference schedule are unfounded. The Cornhuskers are not listed on any team’s schedule released Wednesday. Bowlsby said Nebraska hasn’t reached out to the league as of Wednesday. –Field Level Media ()

Read More: Big 12 marching forward; decision on fans up to each university

« Augusta National: No spectators on course for Masters

Some makeshift face masks may be ineffective, study shows »