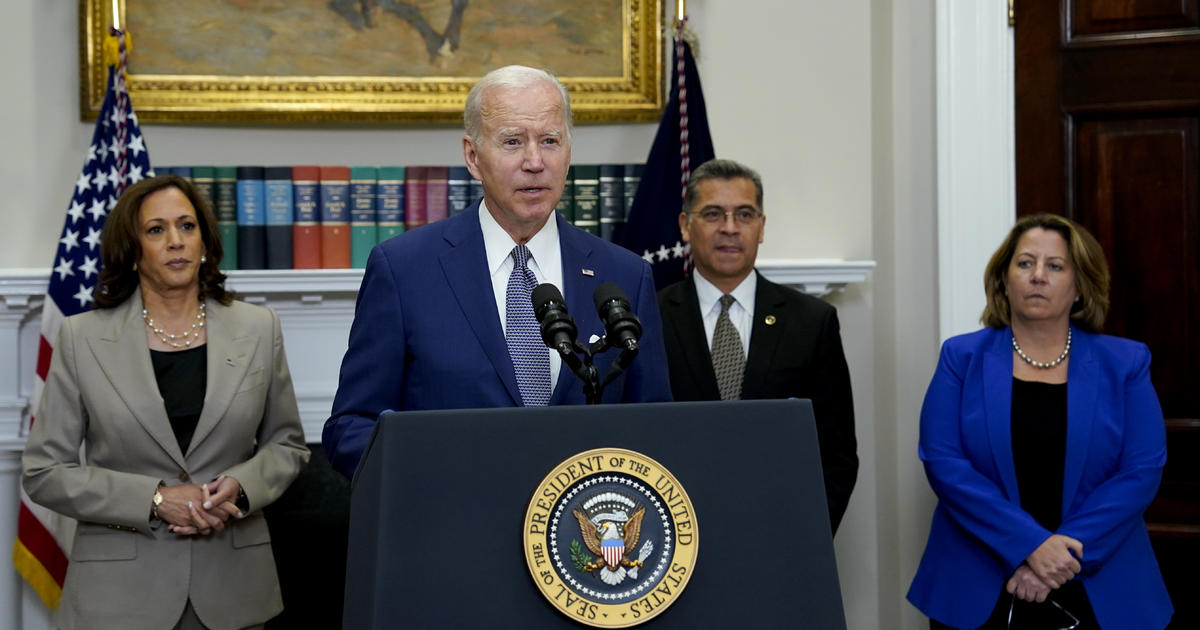 Biden to sign executive order to support travel for abortions

Washington — President Biden is set to sign an executive order Wednesday aimed at making it easier to travel to obtain an abortion and enforcing federal non-discrimination laws for those seeking the procedure, his latest unilateral effort to secure abortion rights in the wake of the Supreme Court’s decision to strike down Roe v. Wade.

The order directs the secretary of health and human services to consider actions to support patients traveling out of state for abortions, including through the use of waivers that would allow states where abortion is legal to cover the cost of the procedure under Medicaid for out-of-state residents. The order also directs the secretary to make sure health care providers comply with federal non-discrimination laws, and asks him to evaluate and improve research and analysis on maternal health outcomes.

The president is signing the executive action Wednesday during a virtual appearance at the first meeting of his newly created Task Force on Reproductive Healthcare Access. Mr. Biden is still recovering from a “rebound” case of COVID-19 and isolating at the White House.

The White House has said it continues to look for actions the president can take on his own to protect access to abortions in light of Roe’s reversal, but the steps the president has taken so far shed light on just how limited his powers are without congressional action. The president has alluded to his limitations without the legislative branch before, and consistently encourages Congress to enshrine abortion protections into federal law.

“The only way we can secure a woman’s right to choose and the balance that existed is for Congress to restore the protections of Roe v. Wade as federal law,” the president said in remarks after the Supreme Court overturned the decision in Roe v. Wade. “No executive action from the president can do that.”

At the task force meeting, Cabinet heads will report on progress they’ve made on executing a July 8 directive the president issued to preserve abortion access. That executive order asked the Justice Department to do everything in its power to protect women seeking an abortion, including protecting their right to travel to another state and access approved abortion drugs. It also sought to ensure all women and girls experiencing the loss of a pregnancy can receive the medical care they need, no matter their state.

The Justice Department filed suit against the state of Idaho on Tuesday, claiming a law that bans virtually all abortions runs afoul of a federal law guaranteeing treatment, including abortion, to women facing medical emergencies. The suit is the first legal challenge the Biden administration has mounted to a state law since Roe was reversed.

Some Democrats were underwhelmed by Mr. Biden’s initial response to the Supreme Court’s decision, arguing the White House should have been more prepared. The president, while taking all actions the administrative believes it can do at a given point in time, has suggested the ball is in Congress’ court. The House has approved legislation to protect abortion rights, but the Senate lacks the votes to follow suit.

Meanwhile, both those who support abortion rights and those who oppose them have begun to take matters into their own hands at the state level. On Tuesday night, voters in deep-red Kansas overwhelmingly rejected a measure that would have nixed abortion access protections from the Kansas Constitution.