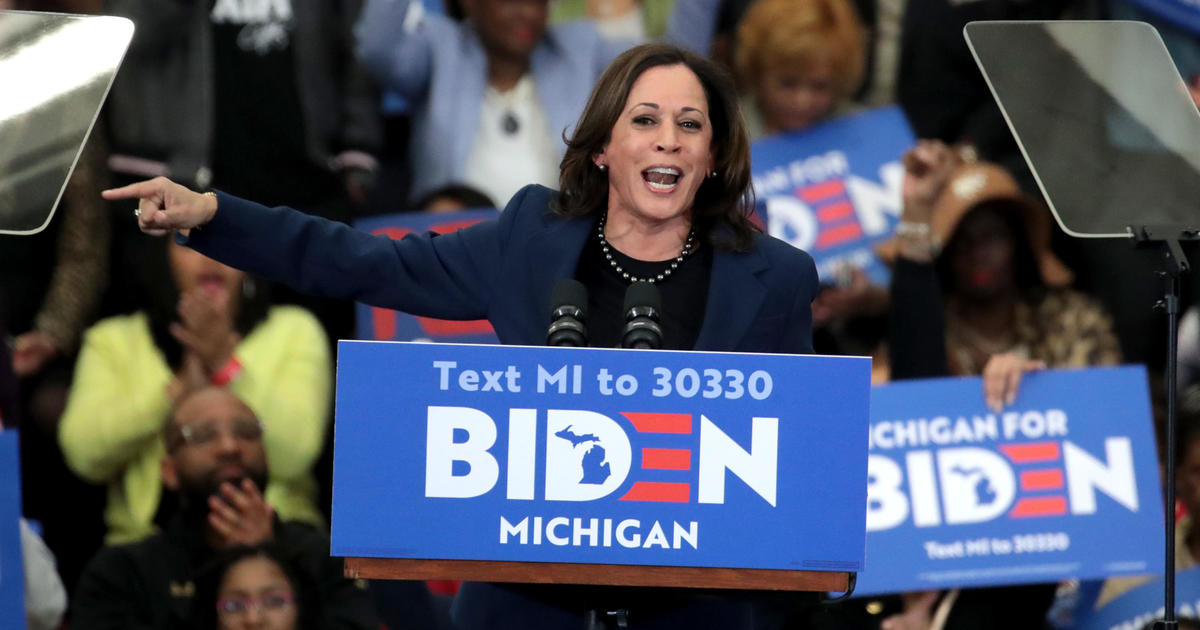 Joe Biden announced he has chosen California Senator Kamala Harris to be his running mate heading into November’s presidential election, adding his former rival for the Democratic nomination to the ticket.

The Biden campaign made the announcement in a text message to supporters on Tuesday.

The Biden campaign announced the two will make their first appearance together on Wednesday at an event in Wilmington, Delaware.

Other potential candidates who had been considered for the role immediately praised Biden’s choice. Former U.N. Ambassador Susan Rice called Harris “a tenacious and trailblazing leader who will make a great partner on the campaign trail,” adding that she is “confident that Biden-Harris will prove to be a winning ticket.”

Representative Val Demings, who had also been vetted, said in a statement that Harris’ selection was a historic moment for the country.

“For a little girl who grew up poor, Black and female in the South to be considered during this process has been an incredible honor. I feel so blessed,” Demings said. “To see a Black woman nominated for the first time reaffirms my faith that in America, there is a place for every person to succeed no matter who they are or where they come from.”

Harris, 55, was widely seen as an early favorite for the position even before the vetting process began. The only Black woman serving in the Senate, Biden’s historic announcement means Harris is also the first Black woman to be selected as a major party’s vice presidential candidate. The path to her selection was not an easy one, however.

During the final weeks of the vetting process, reports surfaced that some Biden campaign staffers and members of the vetting committee were concerned about Harris’ past attacks against Biden during the presidential debates. A top contender in the early stages of the presidential primary, Harris caught Biden off guard during the first presidential debate last June when she challenged Biden on his civil rights record, attacking his past stance on busing as well as his friendly recollections of having worked with noted segregationists in Congress.

But when Harris dropped her own bid for the nomination in December, Biden told CBS News he didn’t hold the attacks against her. “I’m not good at keeping hard feelings,” he said at the time.

Harris has been a prodigious fundraiser for Biden since endorsing him in early March, holding several virtual events and fundraisers for the presumptive Democratic nominee, with each netting at least $1 million for the campaign.

Before she was elected senator, Harris spent two terms as California’s attorney general and was district attorney for San Francisco. During her failed presidential run some critics found fault with her record on criminal justice, accusing her of not being as progressive as she claims. A New York Times op-ed accused her of either staying silent or opposing reforms favored by progressives throughout her career.

In the wake of the murder of George Floyd, however, Harris has pointed to her experience in law enforcement as evidence she knows how to fix the problems at hand.

“As a former prosecutor, a profession I chose because…growing up the way I did, (I) knew how law enforcement had a long history of enforcing laws indiscriminately, and often based on race, and racism, that’s why I chose to become a prosecutor,” Harris said at a news conference in June. She added, “It is time that the leaders in this United States Senate, in this United States Congress, take action to reform a criminal justice system that for far too long has been informed by systemic racism and by racial bias.”

Some saw the collapse of her presidential bid as a flaw, too, during the vetting process. Harris’ campaign ran out of money about two months before primary voting began. The launch of her presidential campaign, the second time any Black woman has run for president on a major party ticket, might indicate she can bring some excitement to the ticket — more than 20,000 people attended her first rally in Oakland.