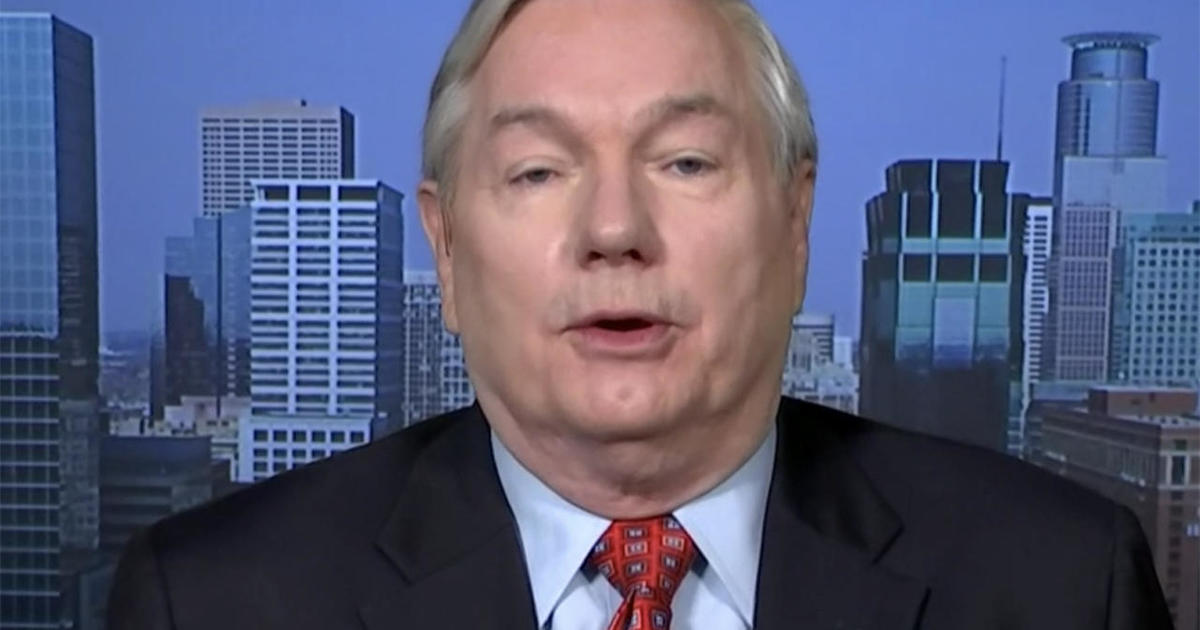 Biden COVID adviser: Next 2 months will be “most dangerous”

The U.S. has surpassed 11 million coronavirus cases, with more than a million new cases reported in just the last week, and hospitals are being pushed to the breaking point. The average daily number of hospitalizations is up in 48 states over the past week.

Today at least four states are implementing new coronavirus restrictions. The city of Chicago is also imposing a stay-at-home advisory.

On “CBS This Morning” Monday, epidemiologist Michael Osterholm, the director of the Center for Infectious Disease Research and Policy at the University of Minnesota, and a member of President-Elect Joe Biden’s new coronavirus advisory board, said the next two months will be the “most dangerous period” for the United States – and in fact, the most dangerous the country has faced since the 1918 flu pandemic

The nation’s coronavirus outbreak, he said, is experiencing “exponential growth, where the case numbers are literally doubling every few days. And I think between now and well past the holidays, we are going to see a major increase in cases in this country, and many parts of the world.”

“You have spoken to a handful of governors; what have you recommended they do?” asked “CBS This Morning” co-host Anthony Mason.

“I think all governors right now are just looking for what to do,” Osterholm said. “They want to base it on science. They understand the economy. We are really at a disadvantage because if we’re going to ask people to suffer for this from an economic standpoint – meaning shutting down their businesses, people being unemployed, city governments, state governments no longer able to fund many of the very essential workers like fire, police – we need economic support to take care of that if we are also to take care of the pandemic.

“And so, until we get that, it’s going to be a real challenge for governors to do anything that doesn’t cause great conflict within their communities.”

Mason asked, “Should there be uniform national response, do you believe? And if so, what should that look like?”

“Clearly each and every area of the country has a little bit different picture on what’s happening, meaning in some cases the transmission is more in the communities of color; in other areas, in rural America, it is not,” Osterholm said. “But we need to have a standard set of principles. What are we trying to do? We’re trying to get ourselves through this period, to a time when a vaccine will end the pandemic as we know it. And right now, we don’t have a standardized set. So what you’re hearing is all these governors and mayors are scrambling to find what is the right answer for us, and it would sure help all of them. That’s what I’m hearing from them – if we had a standardized set of recommendations and protocols.”

This morning there was encouraging news from Moderna, which said preliminary results show its phase-3 vaccine is 94.5% effective in trials. It comes after Pfizer announced last week that its vaccine was more than 90% effective.

Osterholm described Moderna’s announcement as “great news … the fact that we have a vaccine that not only prevented illness but evidence of severe illness. So, we have to imagine we’re going to a day, hopefully in the months ahead, where this will be behind us.”

On “CBS This Morning” Osterholm also announced the launch of the Frontline Families Fund (in conjunction with the Saint Paul & Minnesota Foundation) to support the families of health care workers who died of COVID-19.

“We have witnessed over the course of this pandemic the most horrible, tragic pain of watching health care workers themselves become patients and dying,” Osterholm said. “Over 1,400 health care workers in this country died from COVID-19. Not all of them, of course, from work, but many. And it has disproportionately affected communities of color. They have been there for us to take care of us. We can’t make it right what’s happened, but we can do something about it.

“This fund is to help the families, the children, we’re going to be offering college scholarships to children of these fallen heroes. And so what we are hoping today is that America understands the major sacrifices these families have made. We’ll all get behind and support these families in a way that is the least we can do for what they’ve done for us.”

For more information and ways to donate go to FrontlineFamiliesFund.org.

Read More: Biden COVID adviser: Next 2 months will be “most dangerous”