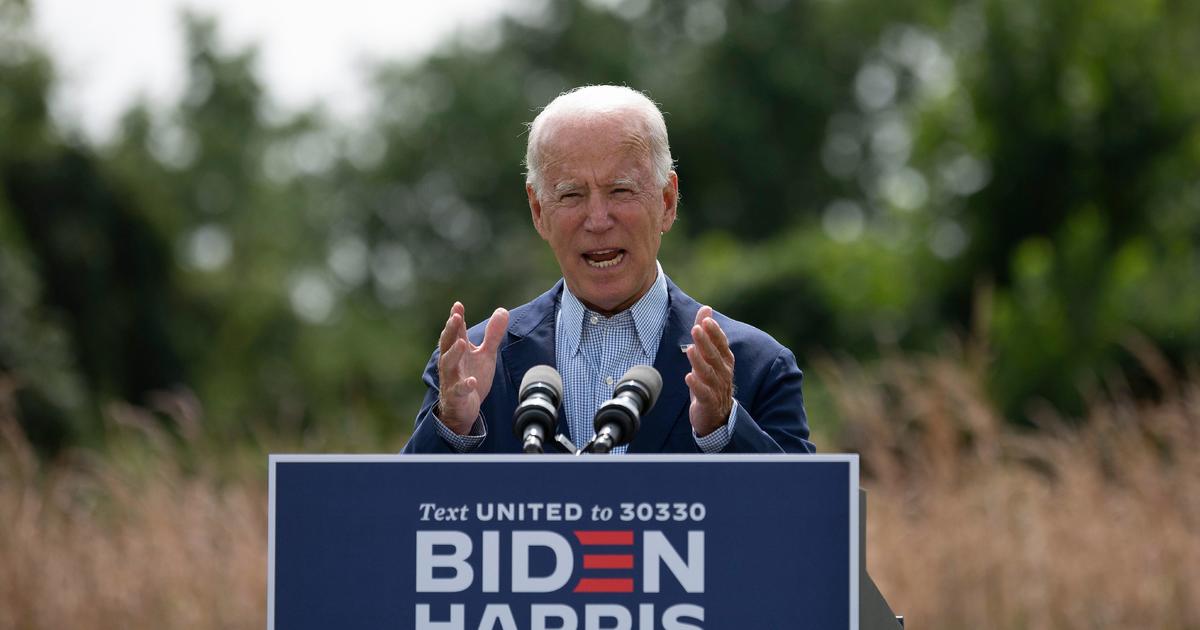 Democratic nominee Joe Biden on Monday took a page out of President Trump’s campaign playbook by saying “you aren’t safe” under Mr. Trump — but due to climate change. Mr. Trump has campaigned that Biden and the Democrats want to “abolish the suburbs.”

“You know what is actually threatening our suburbs?” Biden said during a speech in Delaware addressing fires burning across the West coast. “Wildfires are burning the suburbs in the West. Floods are wiping out suburban neighborhoods in the Midwest. Hurricanes are imperiling suburban life along our coast. If we have four more years of Trump’s climate denial, how many suburbs will be burned in wildfires? How many suburban neighborhoods will have been flooded out? How many suburbs will have been blown away in super storms?”

The suburban vote is considered key to either candidate’s path to victory. Amid an uptick in violence in cities, Mr. Trump has claimed that unrest will spread to the suburbs if he doesn’t win reelection. But a CBS News Battleground Tracker poll published earlier this month showed the notion that violence could spread to the suburbs is not a concern among those who actually live in them.

In his speech Monday, Biden also labeled Mr. Trump as a “climate arsonist” and a “climate denier.” He spoke as the president traveled to California to be briefed by state and local officials about the fires.

Democratic presidential nominee Joe Biden speaks about climate change and the wildfires on the West Coast at the Delaware Museum of Natural History on September 14, 2020.

“We need a president who respects science,” Biden said. “Who understands that the damage from climate change is already here. Unless we take urgent action, it’ll soon be more catastrophic.”

At least 35 people have died in the West due to the devastating wildfires that have burned not just in California, but also Oregon and Washington. Oregon Governor Kate Brown said on “Face the Nation” on Sunday that the wildfires are a “wake-up call” on climate change.

“This is truly the bellwether for climate change on the West Coast,” said Brown, a Democrat. “And this is a wake-up call for all of us that we have got to do everything in our power to tackle climate change.”

Mr. Trump is visiting the West Coast this week, holding rallies in Nevada on Saturday and Sunday. On Monday, he attended a briefing with California Governor Gavin Newsom.

« Syria may only be counting 1.25% of its actual coronavirus deaths