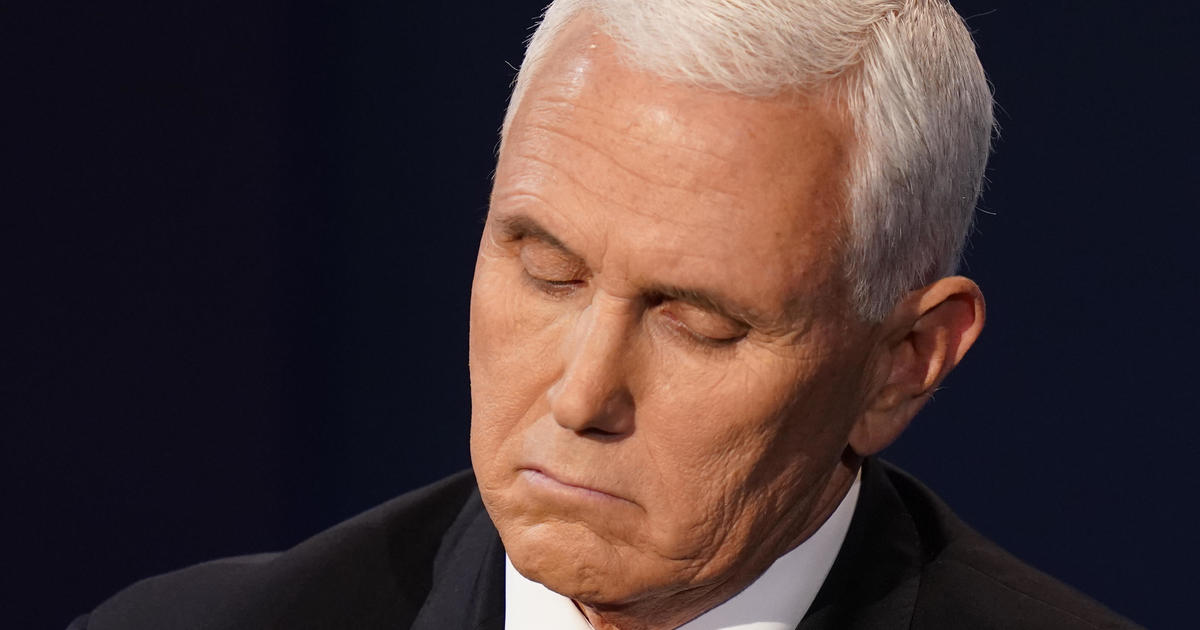 When a fly landed on Mike Pence’s head during the vice presidential debate and stayed there for nearly two minutes, Democratic presidential nominee Joe Biden jumped on the viral moment immediately. Within minutes, the Biden campaign was selling fly swatters, branded with the Biden-Harris logo, and they sold out overnight.

The Biden campaign first capitalized on the fly moment by making a meme out of it, with Biden’s account tweeting a photo of the former vice president with a fly swatter. “Pitch in $5 to help this campaign fly,” the tweet read.

Biden’s account then tweeted a link to flywillvote.com. The website redirects users to iwillvote.com, a voter registration site paid for by the Democratic National Committee where people can check if they’re registered, request a mail-in ballot and learn more about voting.

Biden’s page then advertised the blue fly swatters. Listed for $10 in the Biden campaign store, the swatters feature the phrase: “Truth over flies.”

The response was celebrated by some observers.

“You’ve gotta give it to the @JoeBiden rapid response team for REALLY being on it tonight,” tweeted Manhattan DA candidate and New York Public Defender Eliza Orlins, linking to the fly swatter.

You've gotta give it to the @JoeBiden rapid response team for REALLY being on it tonight. Truth over FLIES.

“The intern who sprinted to find that fly swatter is a hero,” one supporter tweeted about the photo of Biden holding the swatter.

“@JoeBiden media team has been on point in the last 12 hours!” wrote another Twitter user, linking to the campaign’s recently obtained domain.

Pence and Democratic vice presidential nominee Kamala Harris were in a serious moment when the black bug landed on Pence’s stark white hair. Most viewers’ attention then turned to the fly, and stayed there until the pest flew away.