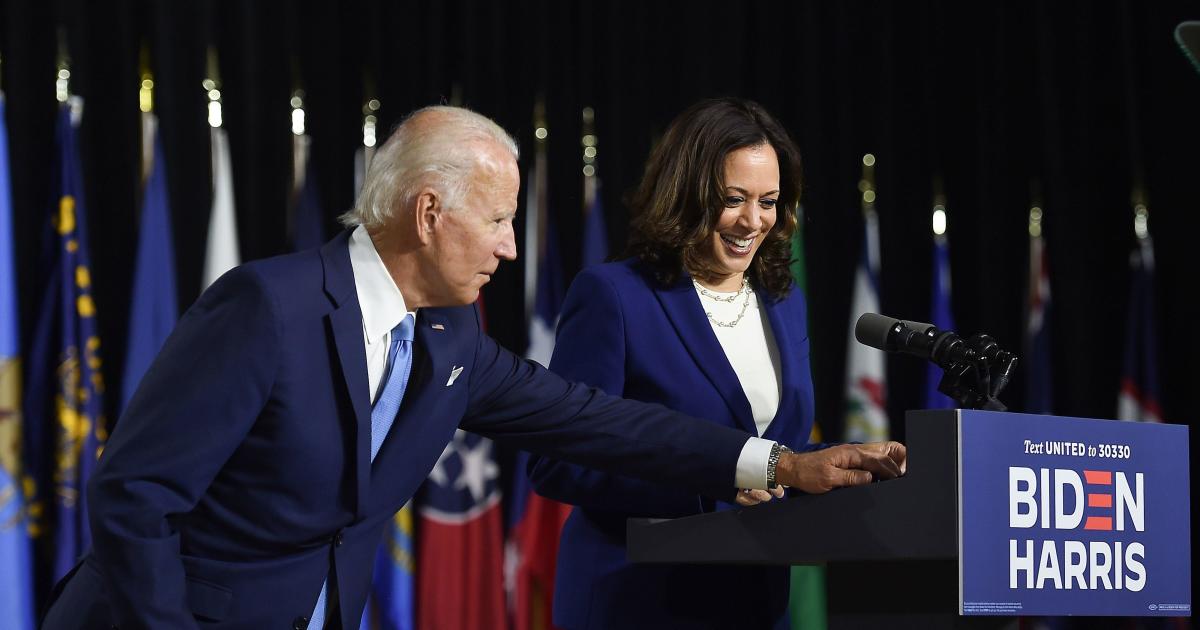 Biden and Harris to address Democratic convention from Delaware

Joe Biden and his running mate, Kamala Harris, plan to address next week’s Democratic National Convention from an events center in Biden’s hometown of Wilmington, Delaware. The convention, initially planned to be held in Milwaukee, Wisconsin, will now primarily be virtual due to the coronavirus pandemic.

Senior campaign aides tell CBS News that Harris is set to speak Wednesday night and Biden on Thursday from the Chase Center on the Riverfront, an 87,000 square foot facility that usually hosts more modest trade shows — not capstone elements of a political gathering seen around the world.

The presumed party nominees are making appearances in Biden’s hometown again Thursday and are likely to continue doing so occasionally, aides said. Biden introduced Harris as his pick at an event in Wilmington on Wednesday. As he exited the event on Wednesday, Biden also told reporters the two will campaign together side-by-side across the country “If the science allows us.”

The convention is set to begin on August 17 and will feature four nights of speakers who will address supporters remotely from 9 p.m. to 11 p.m. ET. Nightly keynote speeches will be given by former first lady Michelle Obama on Monday, Jill Biden on Tuesday and former President Barack Obama on Wednesday.

As the vice presidential candidate, Harris will also speak during prime time on Wednesday. On Thursday, Joe Biden will formally accept his party’s presidential nomination with a speech. Speakers are expected to appear remotely from their home states.

The Republican National Convention will occur the following week.

« The Power of Positive Speaking