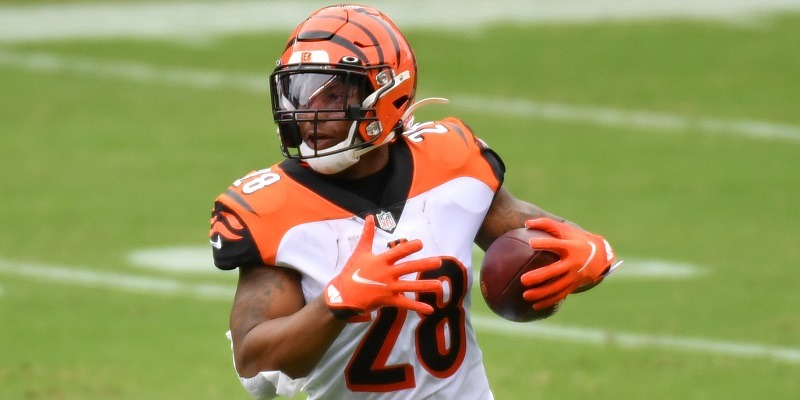 Mixon, who is nursing a right foot injury, will miss the Bengals’ next three games as a result of the move. He will be eligible to return against Dallas on Dec. 13. Running back Giovani Bernard will continue to start for the Bengals (2-6-1) on Sunday (1 p.m.) against the Washington Football Team (2-7).

The eighth-year veteran rushed eight times for 30 yards and added four catches for 17 yards in a 36-10 loss at Pittsburgh last Sunday. 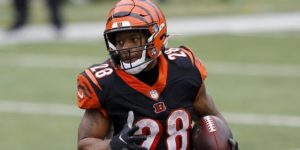 Bernard, 28, has 76 offensive touches in nine games this season for Cincinnati with 380 yards from scrimmage and four total touchdowns.

Mixon, 24, sustained his injury in the first half of Cincinnati’s 31-27 loss to the Indianapolis Colts on Oct. 18. He returned to the contest and finished with 18 carries for 54 yards and a touchdown.

Mixon has 119 carries for 428 yards and three touchdowns in six games with the Bengals this season. He also has reeled in 21 receptions for 138 yards and a score. Mixon has rushed for 3,359 yards and 20 touchdowns and added 129 catches for 1,008 yards and five scores in 50 career games. He was selected by Cincinnati in the second round of the 2017 NFL Draft.