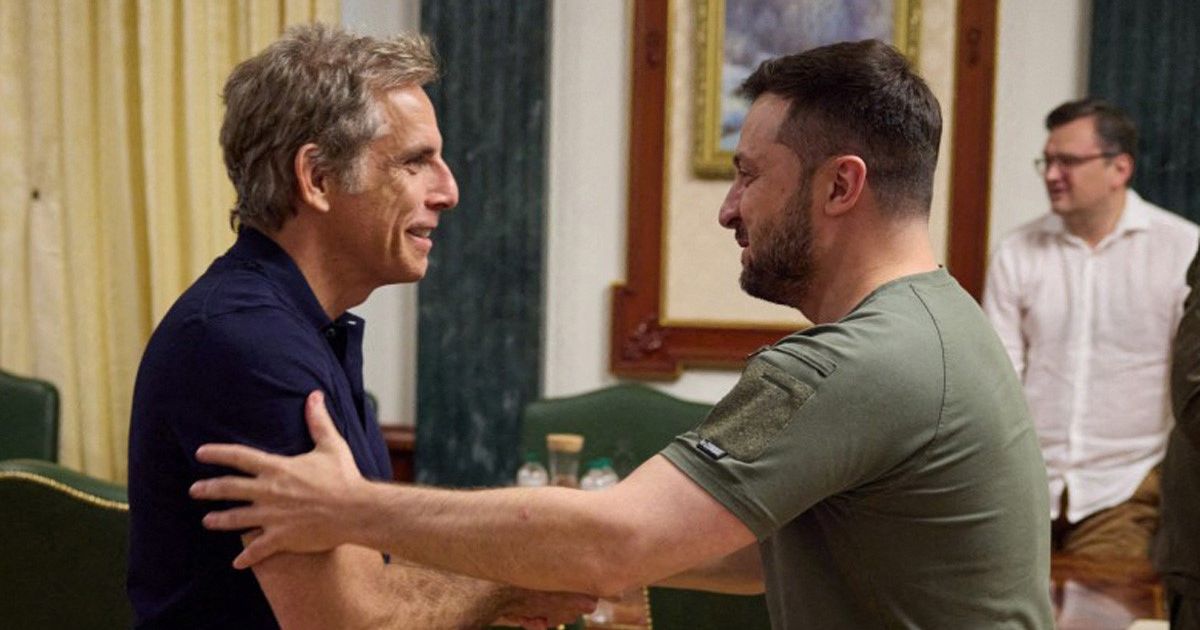 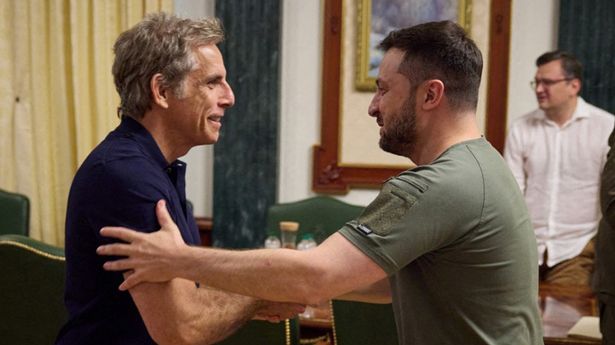 Ben Stiller called Vlodymyr Zelensky his ‘hero’ during a meeting with the Ukrainian president in the war-torn country on Monday.

The Hollywood star – who is also Goodwill Ambassador for the UN Refugee Agency – visited refugees in Rzeszow, Poland before walking the bombed ruins of Irpin, Ukraine.

The 56-year old then joined the president in Lviv where they discussed the importance of the world remembering the on-going conflict with Russia – 117 days after it began.

“Sir, really nice to meet you. Thanks for taking the time. It’s really a great honour for me. You’re my hero,” the actor exclaimed as the pair shook hands.

After complementing Zelensky’s acting the president laughed before declaring: “Not so good as yours!”

Stiller continued: “What you have done in rallying your country and the world is really inspiring.”

Taking to Instagram to discuss his trip the Night At The Museum star said in a video: “Hey, I’m Ben Stiller, and I’m here in Ukraine. I’m meeting people who’ve been impacted by the war and hearing how it’s changed their lives.

“War and violence are devastating people all over the world. Nobody chooses to flee their home. Seeking safety is a right, and it needs to be upheld for every person.”

Within 12 hours of sharing the post more than three thousand users had replied to the star, with one Ukrainian citizen commenting: “Thank you all for supporting Ukraine. With your help we become more brave! Thankful always.”

A third replied: “Thank you very much for your participation and support of Ukrainians. We really appreciate it.”

The UN Refugee Agency, meanwhile shared another image of Stiller’s trip on the social media platform.

On Saturday he was pictured speaking to aid workers in a storage facility in the Polish city of Rzeszow, close to the Ukrainian border.

“I’m here to learn, to share stories that illustrate the human impact of war and to amplify calls for solidarity,” Stiller said.

On Sunday, meanwhile, the star was seen hugging child refugees who had fled to Poland.

Speaking on Instagram, he said: “Near the Medyka border in Poland I had a chance to meet some families who fled the war in Ukraine, leaving loved ones behind with no idea when they will be able to return home – or have homes to return to.”