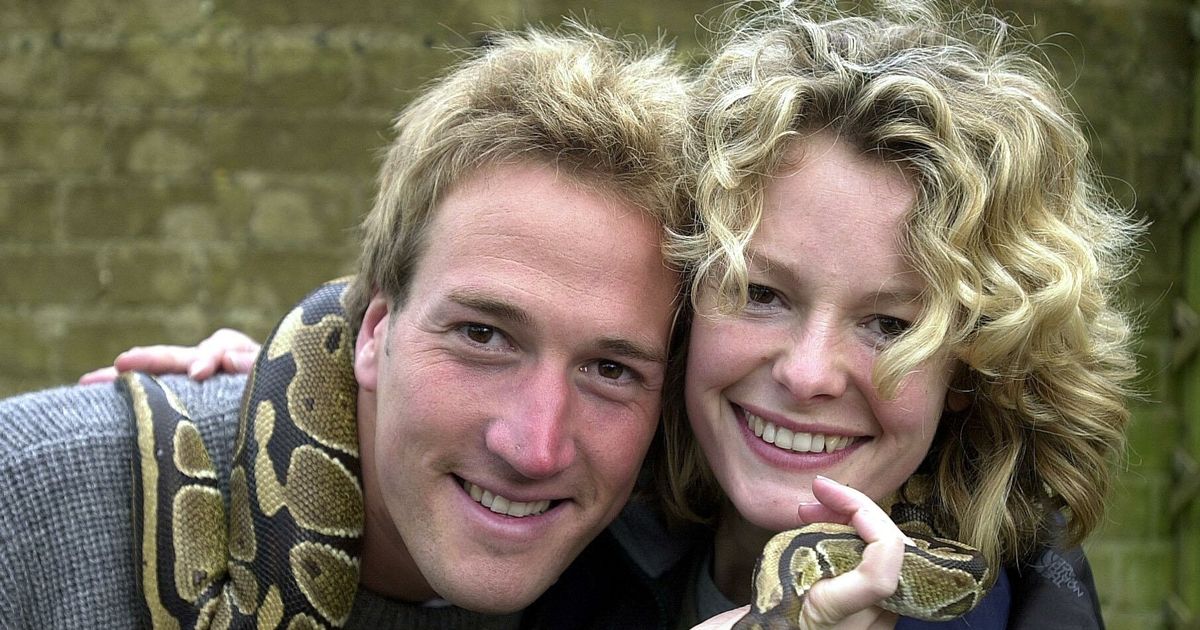 EXCLUSIVE: Kate Humble and Ben Fogle spill on their close friendship in a joint interview to mark the show’s 20th anniversary this week 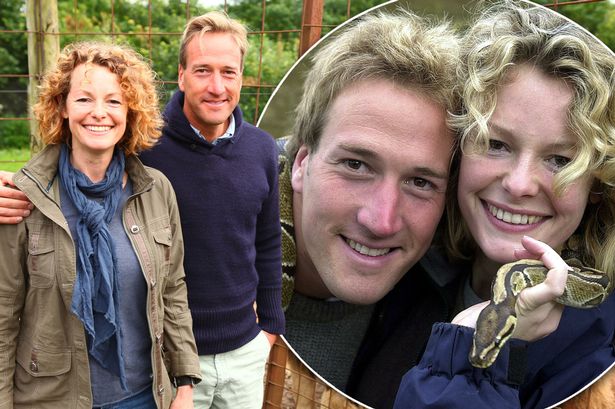 On a blackboard in Ben Fogle’s kitchen was a list of baby names.

His good friend and TV presenting co-star Kate Humble ran her eyes down the potential names for Ben and wife Marina’s new baby – until she reached one which made her eyebrows almost raise right off her forehead.

“Marina was very pregnant and about to give birth,” says 51-year-old Kate, roaring with laughter as she recalls the moment 11 years ago.

“They had a blackboard in the kitchen with names on it, so I assumed they were the names. Some of them were a bit odd and one of them was Penguin.

“I said to Ben ‘you are not seriously considering calling a baby, Penguin?’ And he was like ‘well, you know’. I said ‘if you call it Penguin, I will seriously disown you forever more, that is testament to child abuse, you can’t do it’.” 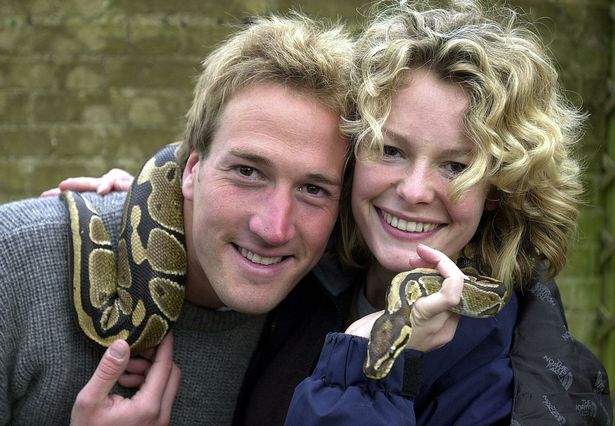 He continued: “I went home and a few weeks later I was shopping for Christmas presents. I hate shopping and I was in a really foul mood. My phone rang and it was Ben. I shouted ‘what’ and he said ‘Humbly, I’ve got a baby’. I said ‘oh my goodness that is amazing’ to which he replied ‘it’s a boy and guess what we have called him?’

“He then went silent and I was thinking ‘gosh am I ever going to see him again because has he called it Penguin?’ He then said ‘we have called it Ludo’ and I burst into tears. My husband is called Ludo too.”

Ben’s gesture is one of the many bonds the pair have shared together after being paired two decades ago on BBC1’s hit wildlife series Animal Park – a daytime documentary about Longleat Safari Park in Wiltshire.

Today the presenters are giving a joint interview to mark the show’s 20th anniversary this week, and it’s obvious that in that time the pair have struck up a strong friendship.

Kate, 51, had been hosting Animal Park for a year before Ben, now 46, replaced Paul Heiney and he knew from their first lunch together that they would get on. “I was very new as a presenter as I had actually been working as an assistant producer behind the scenes,” says Kate. 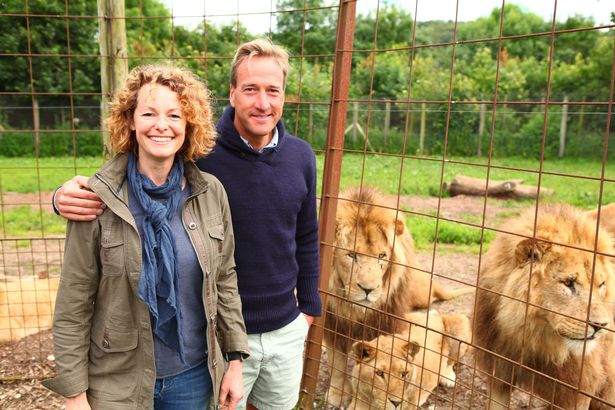 “I had no plans to be on TV and it happened by mistake. I remember watching Castaway in 2000 and up popped Ben with his ridiculously posh voice, he was stripped to the waist with a Labrador and I turned to Ludo, my husband, and said ‘OMG we are going to be seeing a lot of him on our telly in the future’. And the first job he got was with me, which was hilarious.

“We arranged to meet in London for lunch at our house beforehand. He turned up with Inca his Labrador. We had a terraced house and a door to a little garden with a small pond. It was covered in duckweed and completely green. Inca came into the house and straight into the garden – and so that is how we met with Inca covered in green slime.”

Two decades on, they have shared many adventures and experiences, from Kate giving Ben advice on how to woo Marina, known affectionately as “the park girl”, to Ben later asking Kate to be Godmother to his kids Ludo and Iona.

“Kate has been there for all the important moments in my life,” says Ben. “Marina was known for a very long time as ‘park girl’ as I met her in a park. Kate was constantly giving me advice and came to our wedding. She is now Godmother to my children and we are the best of friends. We’ve done other shows but Animal Park is the glue.” 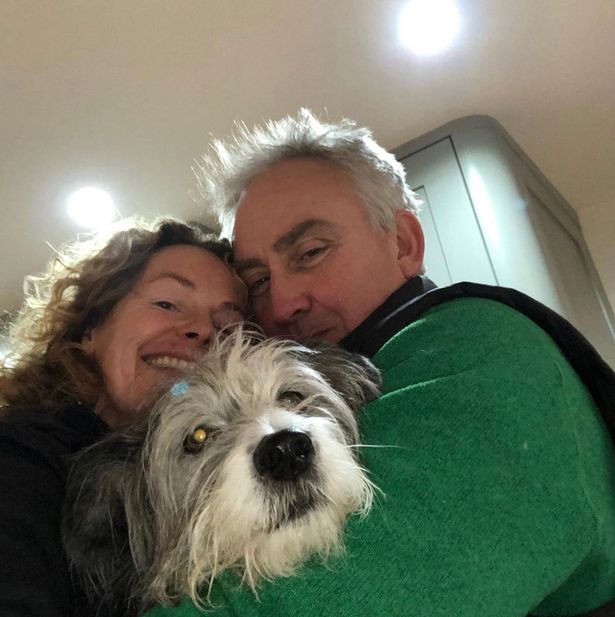 She continued: “Ben is so incredibly likeable and he has a great sense of humour,” says Kate. “I have spent the last 20 years taking the p*** out of him! But one of the extraordinary things about him is how he embraces his fears.

“When we first met, guinea pigs were slightly nerve-wracking for Ben. He denies that now but he is not fearless and I have endless admiration for him. We shared a house many times during filming and I can remember I would quite happily go out running with Inca whilst he lay in bed for as long as possible.”

Their jokey but close friendship is one of the many reasons why their TV partnership has stood the test of time.

Ben explains: “There are some great enduring partnerships – Ant and Dec, Holly and Phil – but these tend to be entertainment shows whereas a programme like ours is factual and I don’t think there are many pairings that have gone on for 20 years.”

Reflecting on the highs and lows they have shared filming Animal Park, he says none of the stories have been more poignant than those featured in the new series, starting next Monday, which will reflect on Covid’s impact on the animals. 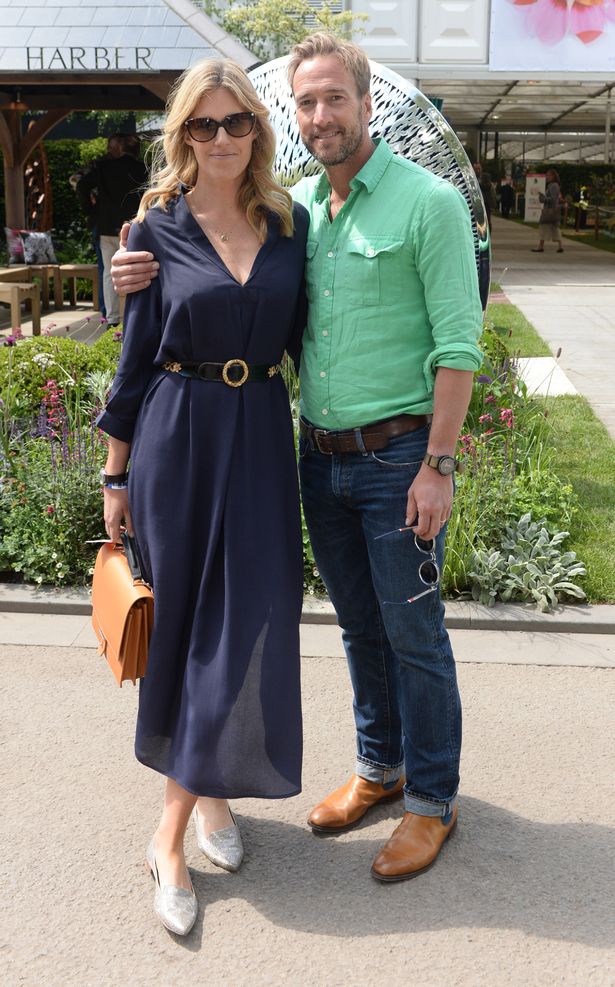 “It was like going into an empty school when we were allowed to film,” says Ben. “The impact has been profound, the safaris aren’t getting the revenue, they can’t afford to pay the keepers but the animals still have to be fed. Animals do like the sociability and so it was quite unnatural to be going around the park without lots of people there.”

However there have been some positive stories to come out of lockdown too. Says Kate: “Preston the Armadillo was so fat last year, he couldn’t have got his leg over anyone, let alone Polly (another Armadillo) but they now have offspring together which is pretty cool.”

Both presenters think the reason why Animal Park is still going strong 20 years later is down to its feel-good nature and amazing stories that could give any TV soap a run for its money, all set against the backdrop of Longleat House.

“It is in a beautiful, quintessential English landscape,” explains Ben. “Then you have the glamour that comes with Lord and Lady Bath who bring a bit of stardust especially after she appeared on Strictly last year.” 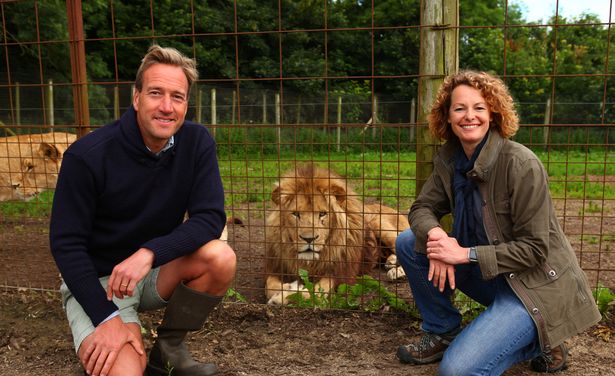 However Lord Bath died at the age of 87 in April after contracting coronavirus. “He was always a whirlwind of eccentricity,” recalls Ben. “He always had a twinkle in his eye and you knew when you were in the room with him, he had such a significant presence.”

Both Kate and Ben have been in regular contact with each other during lockdown with both having very different experiences. Whilst Kate has been flat out filming three different TV series with her husband, who also works in telly, Ben has been at home with his family after ten work trips were axed.

Says Ben: “It has taken some time getting used to it all but I feel very privileged because we have been able to spend time together as a family and really get to know each other.

“I am missing the travel but I have spent the time writing a book about how the wilderness has made me a better person. And actually now, I don’t want to be away as my children go into their early teens.” 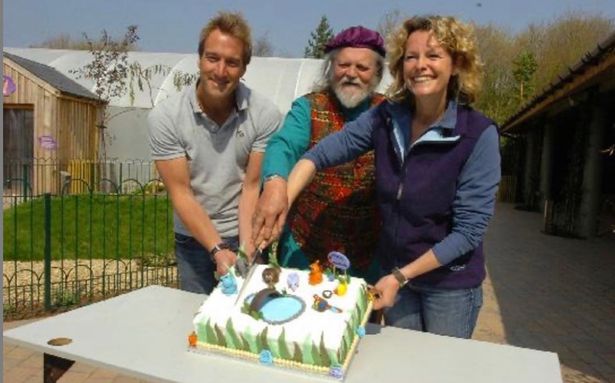 Referring to his love of adventure, he continues: “Once they leave the nest, then maybe that will be the time to sail or run around the world.”

So as Kate and Ben look forward to working together on more Animal Parks, can they see themselves on the show in another 20 years?

“If you had asked me ten years ago I would have said I think not,” replies Ben. “But there is great nostalgia and Animal Park does an important job. If it is still doing that job, then I would love to still be part of it.”

Kate adds: “We still love it as much as we did at the start. It’s an annual event in our calendars and both of us would be astonishingly honoured if we could keep on doing it for another 20 years – pushing each other around in our Lord Bath chairs”

Animal Park returns to BBC1 next Monday at 10am.