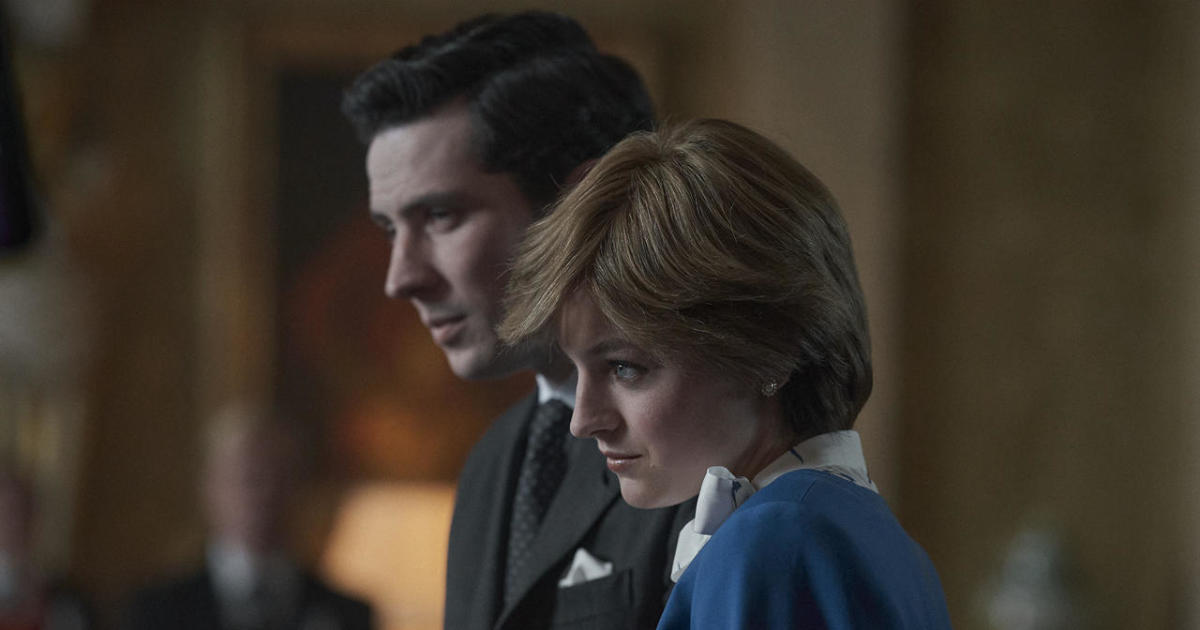 You can get a pretty good sense of what the inside of Buckingham Palace might be like when you cruise around the set of “The Crown” with its creator, Peter Morgan, from the royal bedrooms to the Queen’s bath.

It’s not the real bathroom, of course. It may not even be an accurate copy, as the private apartments of the royal residences are private. It’s an imagined bathroom.

And that’s the point of the controversy now swirling around this hugely popular show, which is now pulling back the curtain on the period of modern British royal history the family may most want to forget.

Season 4 of the hit series features the imagined story of the doomed marriage of Charles and Diana – and some important people are very unhappy with the way it is being told. It tells how Charles runs into the teenage Diana just when he was being pressured to find a suitably aristocratic, young and innocent bride.

And it shows how Camilla Parker-Bowles – Charles’ already-married and long-time love interest – encouraged his search for a convenient mate.

And it revels in how Diana nailed her audition with the royals during a weekend at Balmoral, their Scottish estate. “She’s a triumph,” Charles tells Camilla. “In the history of Balmoral no one has ever passed a test with such flying colors. Rave reviews from the whole ghastly politburo!”

“It’s very seductive; you believe that what you’re seeing is the real thing,” said Penny Junor, author of a series of well-sourced books on the royals.

Except, she said, “The Crown” isn’t the real thing at all: “That is what is so, so deceptive about it. Because we recognize those people and we know the events happened, he’s filling in the dots for us. It’s as though, you know, we’re looking behind the palace doors and seeing what the conversations that took place. And of course, those conversations didn’t take place. And the characters are not those horrible people that we see.”

Phillips said, “There are the counter-arguments that this is drama, that it’s billed as drama, that everybody knows it’s drama, and it’s not trying to be history.”

Junor replied, “But I think that people abroad, people in America, young people in Britain who don’t know the history, will very probably regard this as the truth, as a historical record.”

And the truth is more complicated. Some of the show is history, like Charles’ fateful aside at his and Diana’s engagement interview in 1981:

Reporter: “And I suppose in love?”Diana: “Absolutely.”Charles: “Whatever ‘in love’ means.”

Josh O’Connor as Prince Charles and Emma Corrin as Lady Diana Spencer in “The Crown.”

It so happens that Phillips’ visit to the set of “The Crown” with Peter Morgan took place while this series was being filmed – and when questions about royal sensitivities were already being asked.

Phillips asked, “Do they react to [the show]? Do you hear from them, ‘Oh, that’s not the way it happened’ or whatever?”

“Look, anecdotally you hear things,” Morgan replied. “And I’ve made a habit of not believing a word I’m told. I’ve never heard a conversation. The only conversation I would trust would be one like this, in a private audience with the Queen. And since that’s never gonna happen, I really don’t worry about it!” he laughed.

The producers have had cause to worry since. Not just royal authors, but the royal-friendly press and a government cabinet minister have demanded that the show run a warning saying it shouldn’t be taken as historic fact.

Even one of the actors – Helena Bonham-Carter, who plays the Queen’s wayward sister, Princess Margaret – has gone public saying a disclaimer might be a good idea, no matter what the show’s declared intention.

“It’s a drama; it’s not a documentary,” Bonham-Carter said. “It’s not like, oh, just regurgitating exactly what happened to them. There’s a lot of license to make a good drama, and each year, each episode is a drama unto itself.”

Except that now the whole series has become a drama – not just about the royals, but about itself.

To watch a trailer for Season 4 of “The Crown” click on the video player below:

“The Crown” star Tobias Menzies on portraying Prince Philip: “Your brain starts to fizz a lot”

“The Crown”: A new cast takes the throne