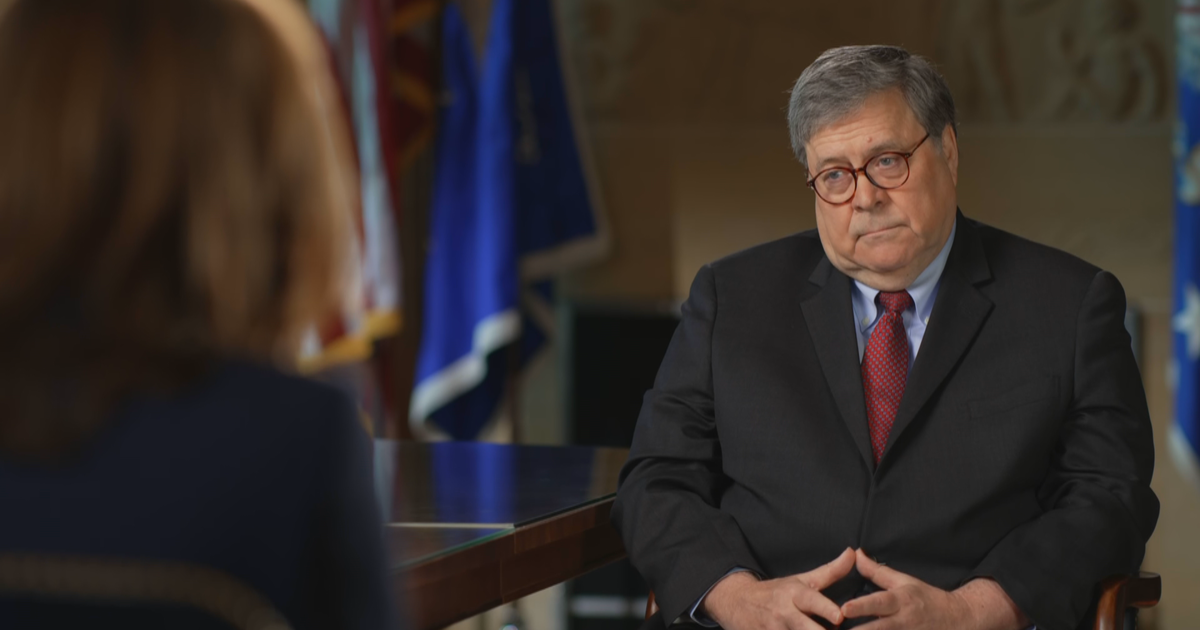 Barr says deploying troops within U.S. should only be “a last resort”

Washington — Attorney General William Barr on Sunday defended the Trump administration’s decision to have active-duty troops at the ready to respond to protests in Washington, D.C., saying the military should only be deployed to U.S. states and cities as a “last resort.”

“Our position was common, which was that they should only be deployed as a last resort,” Barr said on “Face the Nation,” referring to the stance he, Defense Secretary Mark Esper and Chairman of the Joint Chiefs of Staff Mark Milley took regarding the use of active-duty troops in the U.S. to quell protesters in the nation’s capital.

Earlier this week, as thousands demonstrated in the district and in major U.S. cities around the country, President Trump threatened to mobilize the military if local officials did not do more to stop the violence that had occurred in some places.

CBS News reported that in a contentious Oval Office meeting on Monday, the president demanded the military deploy 10,000 active duty troops to U.S. streets after protests against police brutality erupted from coast to coast. But some of Mr. Trump’s top officials, including Barr, Esper and Milley, objected to the president’s demand, a senior administration official told CBS News. In an effort to address Mr. Trump’s request, Esper and Milley urged the nation’s governors that day to activate the National Guard in their states.

Esper said this Wednesday at the Pentagon: “The option to use active duty forces in a law enforcement role should only be used as a matter of last resort, and only in the most urgent and dire of situations. We are not in one of those situations now. I do not support invoking the Insurrection Act.”

Barr disputed that characterization of the Oval Office meeting as “completely false” on Sunday, denying the president demanded active-duty troops in the streets immediately, rather than having them on standby. “The president never asked or suggested that we needed to deploy regular troops at that point,” he said.

While the National Guard in Washington, D.C., was mobilized to assist with the protests, and at least 10 other states sent National Guard soldiers and airmen to assist, the Pentagon also brought 1,600 active-duty troops to bases surrounding the District of Columbia.

In discussing the decision to bring active-duty service members to the nation’s capital, Barr said the “decision was made to have at the ready and on hand” some troops.

“But everyone agreed the use of regular troops is a last resort, and that as long as matters can be controlled with other resources, they should be,” he said, adding that administration officials “felt they had adequate resources.”

The attorney general also noted that last weekend was capped by violent clashes between police and protesters, and federal property, businesses and historical sites were destroyed and vandalized during the demonstrations, including the historic St. John’s Church, where a fire broke out in a parish office.

Barr characterized the “last resort” as needing to “restore order in a situation that is out of control and where life and property is endangered.” He recalled active-duty service members being deployed to U.S. cities and territories twice during his tenure as attorney general in the early 1990s: Once to the U.S. Virgin Islands and again to California during the Rodney King riots. Barr also said the military was sent to southern states during the Civil Rights movement to oversee the integration of schools.

Tens of thousands of people demonstrated nationwide over the past two weeks in response to the death of George Floyd, 46, in Minneapolis and other unarmed African Americans by law enforcement. The demonstrations were capped by massive marches Saturday, including in Washington.

Esper said this Wednesday at the Pentagon: “The option to use active duty forces in a law enforcement role should only be used as a matter of last resort, and only in the most urgent and dire of situations. We are not in one of those situations now. I do not support invoking the Insurrection Act.”

While demonstrations against police brutality earlier this week were marked by some violent clashes between police and protesters, the events Saturday from Washington to New York City and San Francisco remained peaceful. Mr. Trump said Sunday he ordered the National Guard to begin withdrawing from the district.

The Trump administration has come under criticism for its handling of the demonstrations in the nation’s capital, sparked by aggressive efforts by law enforcement outside the White House on Monday to clear Lafayette Park.

Federal officers used pepper spray and rubber bullets to forcefully disperse the protesters, most of whom were demonstrating peacefully, and after the area was cleared, Mr. Trump walked from the White House to St. John’s Church. Barr accompanied the president on the walk across the empty Lafayette Park and stood beside Mr. Trump in photos outside the so-called “Church of the Presidents.”

The aggressive efforts to clear the area around the White House received widespread condemnation. White House press secretary Kayleigh McEnany told reporters that Barr made the call to extend the perimeter.

Barr on Sunday rebuffed the suggestion that the protesters were peaceful, noting that 150 officers had been injured in the last week alone, one-fifth of those having been in Washington.

He said the efforts to move protesters was “not an operation to respond” to the crowd, but rather to move the perimeter around the White House by one block.

Barr said the actions by law enforcement were appropriate once officers “met resistance.”

“Police have to move protesters, sometimes peaceful demonstrators, for a short distance in order to accomplish public safety, and that’s what was done here,” he said.

Read More: Barr says deploying troops within U.S. should only be “a last resort”