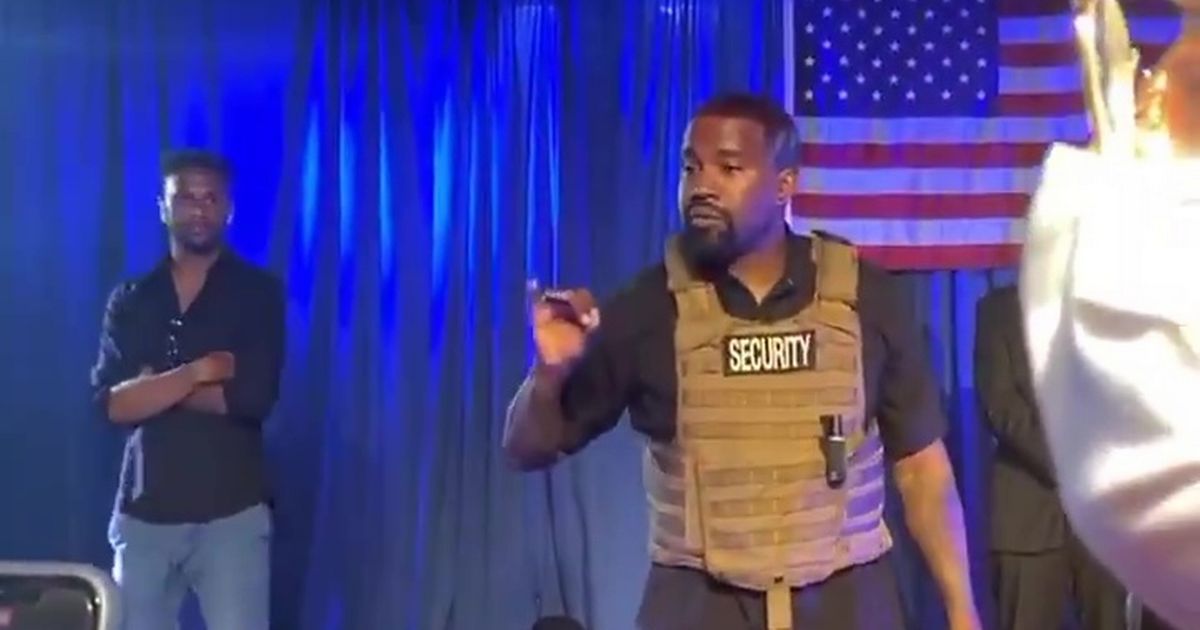 Rapper Kanye, 43, broke down in tears at his own campaign rally in South Carolina as he launched his presidential bid on Sunday 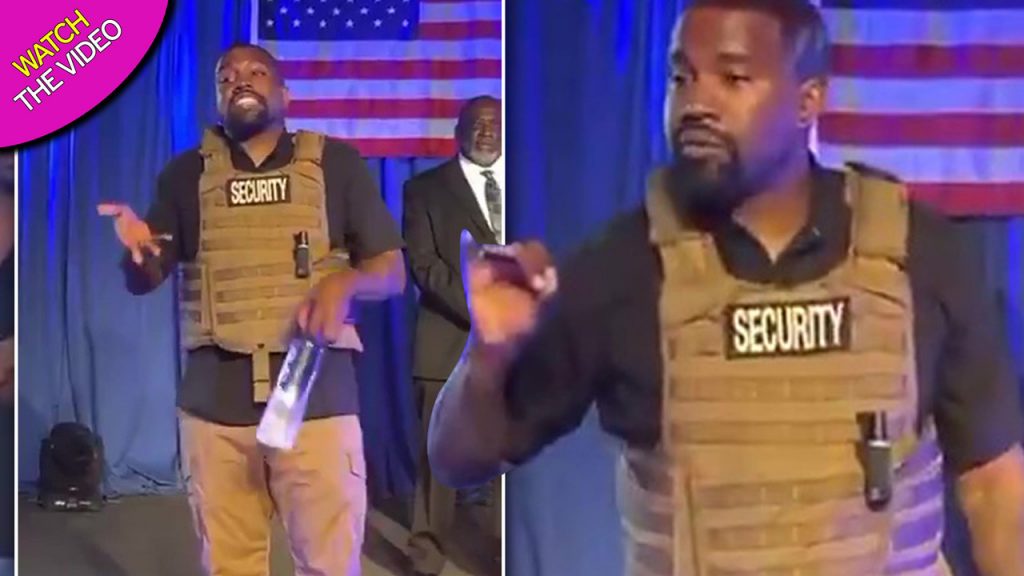 The American singer-songwriter, 43, later went on to break down in tears at the rally in South Carolina as he launched his presidential bid.

Kanye became incredibly emotional as he revealed that wife Kim Kardashian had wanted to abort their eldest daughter North and said that they “almost killed their daughter”.

But Kanye drew ire from the crowd after suggesting that activist Harriet Tubman “didn’t free the slaves” and “just had them go work for other white people”. 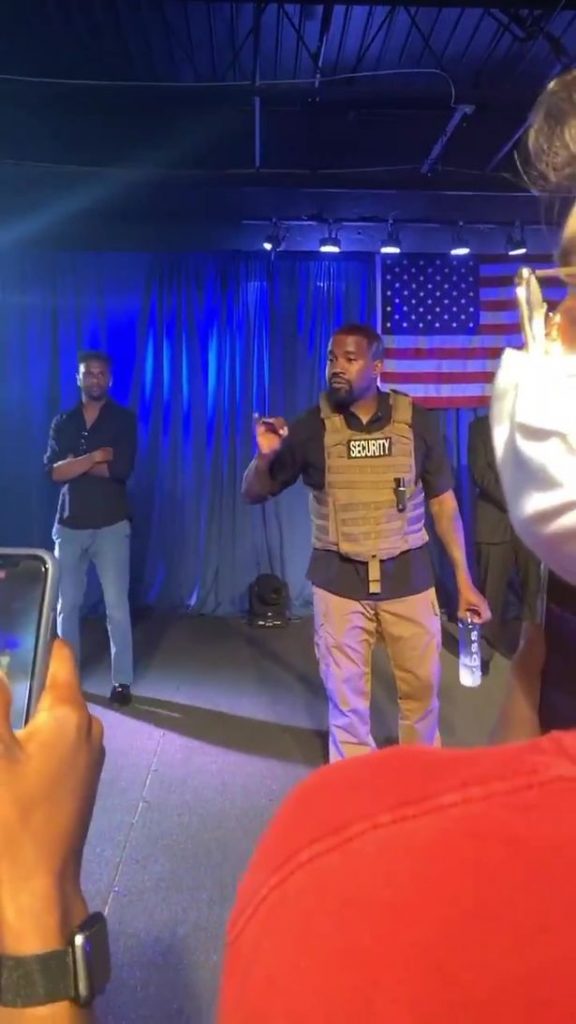 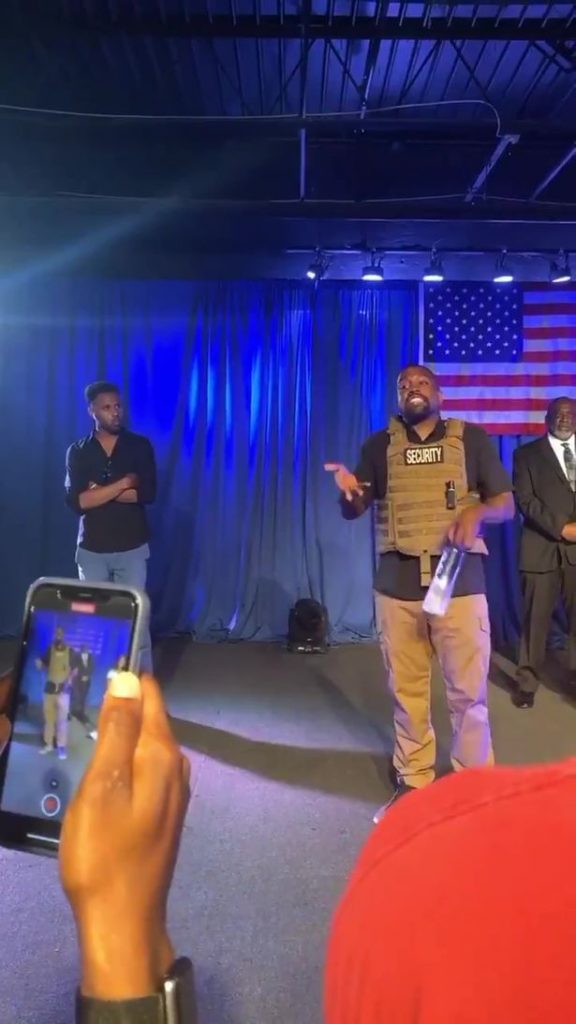 American abolitionist Harriet Tubman was born into slavery but managed to escape and made 13 missions to free 70 enslaved people.

She also worked for the Union Army as a cook and nurse before going on to act as an armed scout and spy. She later went on to liberate more than 700 slaves by guiding a raid at Combahee Ferry.

Sharing the clip online of Kanye’s comments, an audience member tweeted: “Kanye said this and I left immediately. I went for a laugh and I got one. But when it got disrespectful for me it was over.”

In the clip, Kanye addressed the crowd as he said: “Harriet Tubman never actually freed the slaves, she just got the slaves to work for other white people.”

Straight after his remarks, an audience member was heard saying: “Yo, we leaving right now.”

Loud groans were also heard in another video, with one man from the crowd calling out: “Come on, man!”

Kanye also left audience goers stunned when he spoke about Kim’s pregnancy before bursting into tears. 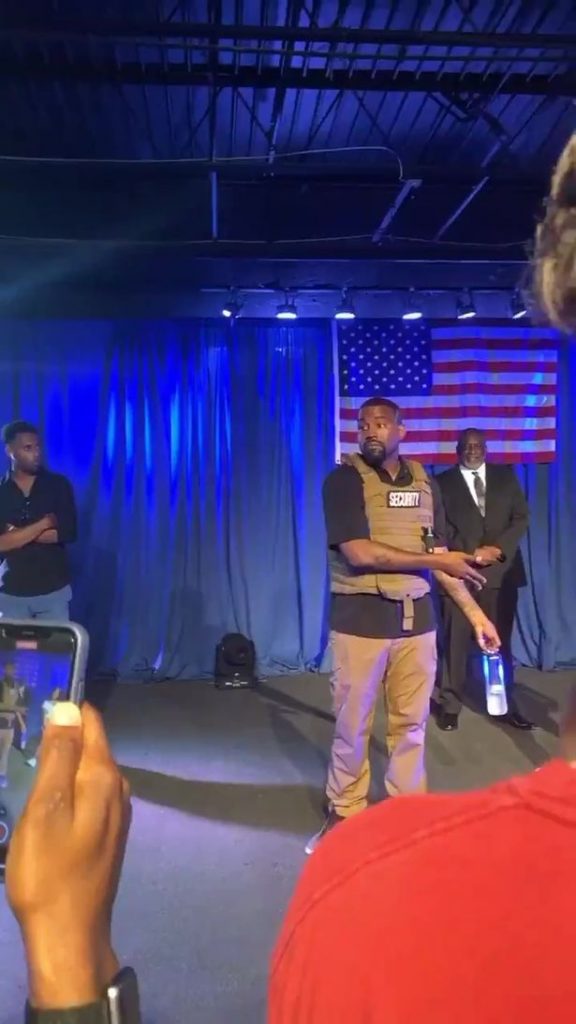 “My girlfriend called me screaming, crying. I’m a rapper. And she said I’m pregnant. She was crying,” he began.

Kanye said that he had been weighing up what to do and thought he received a sign from God.

Revealing that he had been working on his laptop in Paris at the time, he continued: “My screen went black and white,’ he said.

“And I called my girlfriend and said we’re going to have this child.

“Even if my wife were to divorce me after this speech, she brought North into this world, when I did not want to.”

Kanye became increasingly emotional as he spoke about his own childhood, saying: “My Mum saved my life. My Dad wanted to abort me.