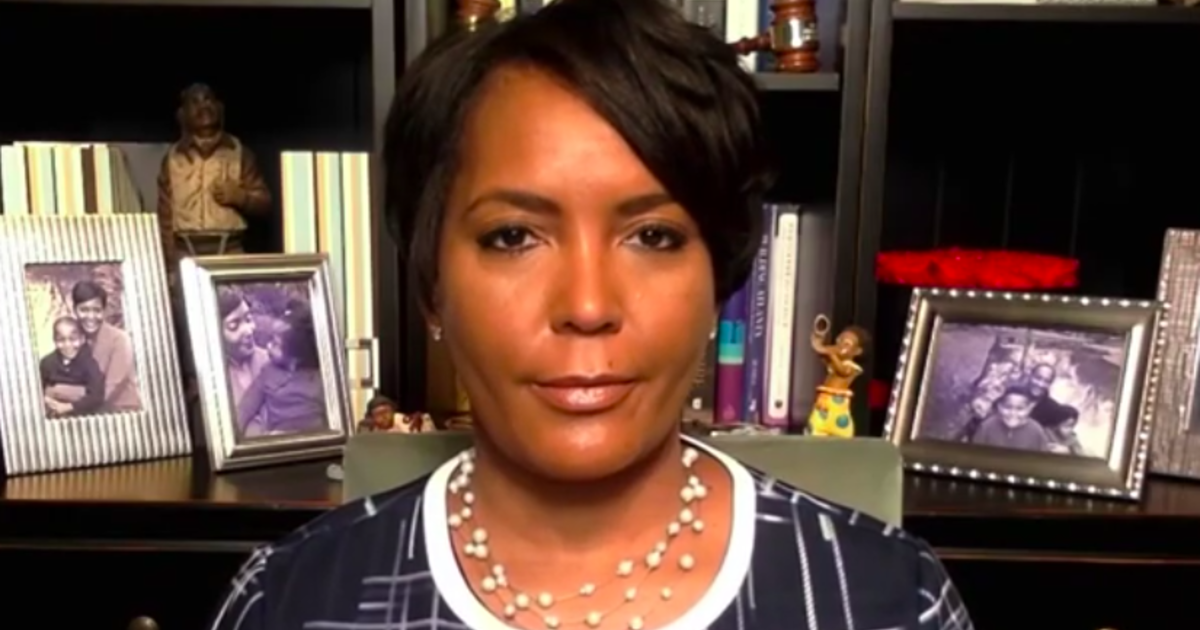 “The governor has done many things as of late and said many things as of late that, quite frankly, are simply bizarre,” Bottoms said Sunday on “Face the Nation.” “He filed a 124-plus-page lawsuit against me this week calling for an emergency injunction to stop me from speaking about his orders. If the governor of this state had his way, I would not be allowed to speak with you today. And so this blame game is most unusual.”

Kemp last week banned cities and counties in Georgia from ordering residents to wear masks or face coverings in public. More than a dozen local governments, including Atlanta, have issued mask mandates, while Kemp has pushed for the wearing of face coverings to be voluntary.

On Friday, Kemp escalated his efforts and filed a lawsuit against Bottoms and members of the city council in an attempt to block Atlanta’s mask mandate. The governor said the city’s executive orders “were more restrictive than his” and accused Bottoms of exceeding her authority.

But Bottoms on Sunday questioned why Kemp singled out Atlanta for its mask requirement, especially since other Georgia cities have imposed the same restrictions.

“There were other cities in our state who instituted mask mandates, and he did not push back against them,” she said. “I don’t know if it’s because perhaps they were led by men or if it’s perhaps because of the demographic in the city of Atlanta. I don’t know what the answers are, but what I do know is that the science is on our side.”

Georgia was the first state to reopen its economy, but Kemp claimed Friday that recent demonstrations against racial injustice and police brutality were the “number one” reason for the state’s rise in new coronavirus infections. But Bottoms refuted that suggestion, saying she has not seen “data or science that points to that.”

“But what I have seen data on is that, when the governor reopened our state, people from across the country came to our state,” she said. “We’ve seen that tracked with cell phone data because we were open for business as if we were not in the midst of a pandemic.”

A document from the White House coronavirus task force and published by the Center for Public Integrity last week identified 18 states that are in the “red zone” for coronavirus cases, with Georgia among them. The document recommends those states reimpose restrictions on residents to mitigate the spread of the virus, including limiting social gatherings, closing bars and gyms and requiring people wear masks or face coverings.

But masks requirements have become a point of contention, with Americans in some places outright refusing to follow orders mandating face coverings.

Bottoms, however, said mask requirements have “nothing to do with politics.”

“Atlanta sits in two counties in this state, two of the highest counties for infection rates from COVID-19. So this is not about politics. This is about people,” she said. “It’s about the over 3,100 people who have died in our state, the over 130,000 who have tested positive.”

Bottoms, her husband and one of her children tested positive for COVID-19 earlier this month.