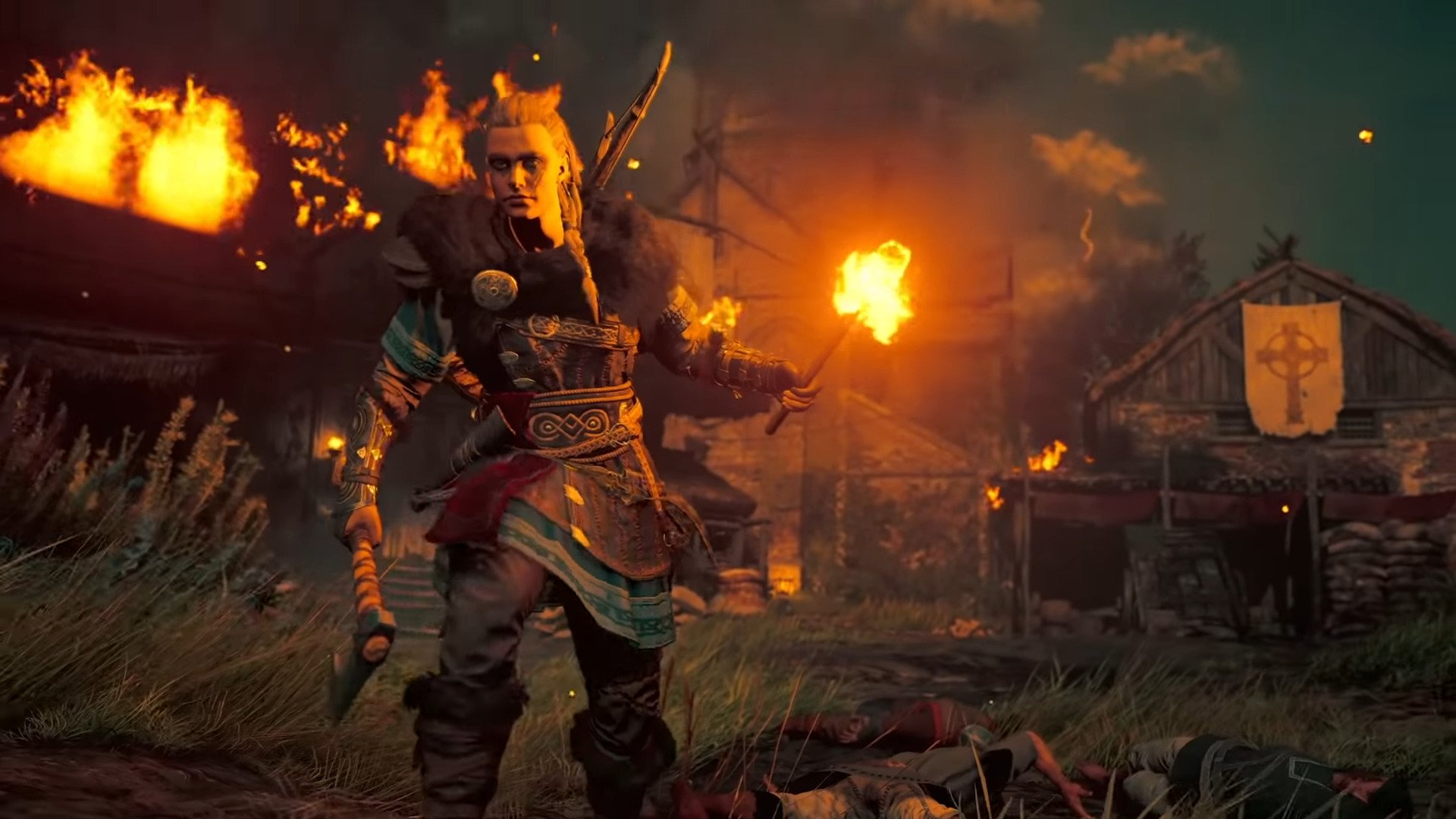 When playing an action game, nothing can kill the momentum faster than repetitive combat. It’s a stark reminder that you are indeed playing a video game and can pull you right out of even the most immersive experience. With Assassin’s Creed Valhalla, Ubisoft is looking to avoid that problem by implementing a wildly diverse combat mechanic.

In an interview with gaming site GamingBolt, the game’s narrative director Darby McDevitt claimed that there are a total of 25 unique enemy archetypes, all with their own strengths and weaknesses that require different strategies to combat.

“Not only does Assassin’s Creed Valhalla feature 25 different enemy archetypes, we also implemented a defense system, so players can take advantage of enemies’ weak points to open them up to brutal finishers.”

We had already heard previously that this entry in the series would feature a wider variety of enemy types, but putting a solid number on really takes that claim up a notch. When somebody is promoting a product, they sometimes float all these wild ideas entangled in these general statements that are vague enough that there aren’t any specific claims to call them out on when something doesn’t come to fruition. It’s a fancy way of lying, basically.

McDevitt flat out saying there are 25 different enemy types is a very specific claim and one that shows the utmost confidence in their product. It’s a very good sign if you’re among the many who are excited for Valhalla. Coming off of the stellar Origins and Odyssey, it sounds like we’re going to get another entry that is just as good if not better. The latter is very likely if Ubisoft keeps pushing themselves like this.

There’s also the promise of enemies adapting to your play style, but like I outlined above, that’s a more nebulous claim. Saying there are 25 different enemy types is a true-or-false, verifiable claim. Saying that enemies adapt to your play style could mean any number of things, so it’s impossible to know what to expect. That’s not an attempt to stir doubt, but rather further hammering home how exciting it is that we’re getting two dozen enemy types.

The combat in the Assassin’s Creed series has historically been a mixed bag, but the last few installments have really delivered on that front, so it’s excited to hear that they’re still focusing on improving. All signs point to Valhalla being something special.

Are you fine folks looking forward to hidden-blading some Norsemen?