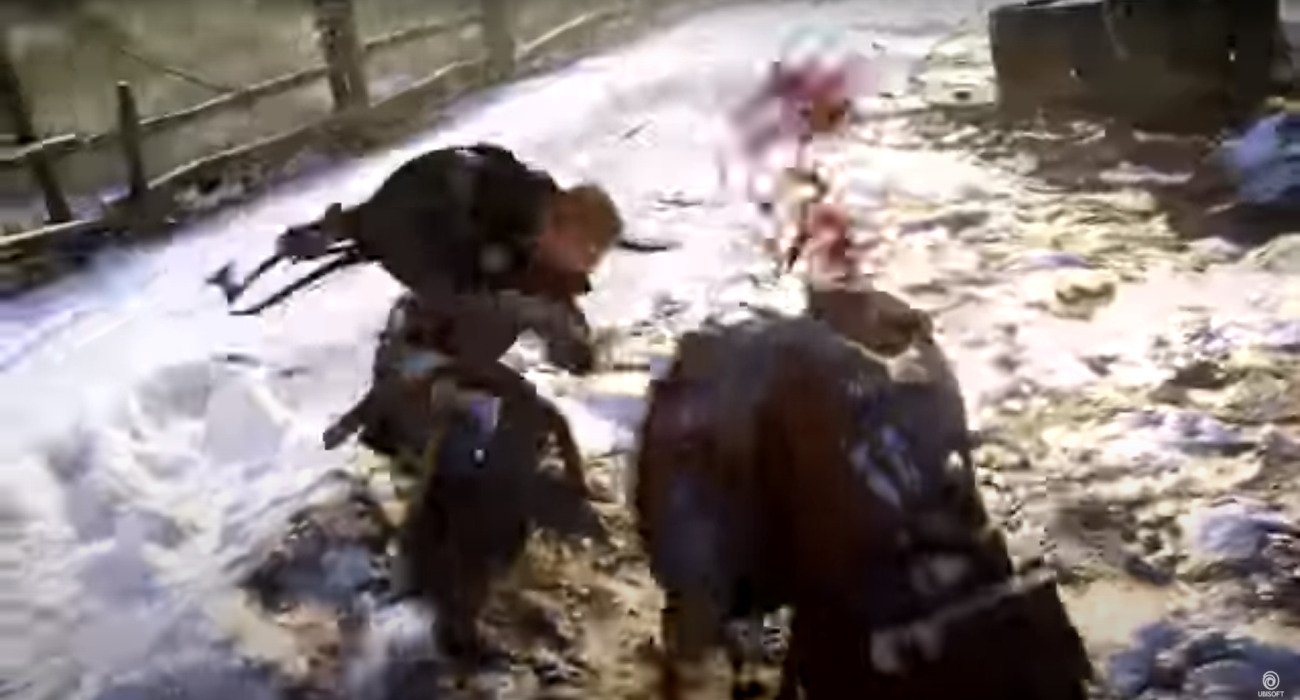 There have been many installments in the Assassin’s Creed franchise. It’s impressive that it has thrived for so long and is a testament to Ubisoft continuing to innovate when it counted the most.

This series has always had its fair share of combat. Whether it’s the renaissance or Ancient Egypt, players always have the opportunity to take out enemies using a wide variety of tactics. However, this series has never really been known for gore and graphic content.

That appears to be changing with the latest installment, Assassin’s Creed Valhalla. It’s not surprising to see Ubisoft take this direction given the subject matter involved. Vikings and their culture have always been painted with brutal strokes. They existed during a time when there were no laws. Only conquering and barbarism were in place.

The game is expected to release November 17 and to get fans excited, Ubisoft has done a good job at putting out trailers featuring the story and gameplay. Some of the gameplay features the more gory combat firsthand.

The most recent trailer featuring the aforementioned gory combat starts out showing the Vikings raiding the England lands. The player takes on the role of Elvor, who will be the main protagonist in this latest installment. Players can play as either man or woman and will have plenty of opportunities to expand their control throughout England’s Dark Ages backdrop.

As soon as Elvor and his warriors come to shore, they immediately start raiding. The player uses fire-lit arrows to destroy villages in minutes. It captures the Viking’s no holds barred ways perfectly.

Then we see the main highlight of this trailer in terms of combat. New and brutal systems have been added by Ubisoft that really take things to the next level. It appears like players will be able to initiate some sort of a slow-motion style of combat where they can land deadly blows.

Some of the sequences show the Viking warriors decapitating enemies and throwing axes right at their chests, with blood spewing everywhere.

There’s even a stun system that incapacitates enemies for a brief period of time. You can then attack from a distance or finish them off up close in dramatic fashion. Never before has this series been depicted this way.

For some it might be really graphic, but the new combat systems instantly give Assassin’s Creed Valhalla the hardened edge that it probably needs considering the main emphasis on Viking culture.

« Sofia Richie Shows Off Her Beach Body In Scott Disick’s Hoodie, LivinCool And Onia X We Wore What Bathing Suit