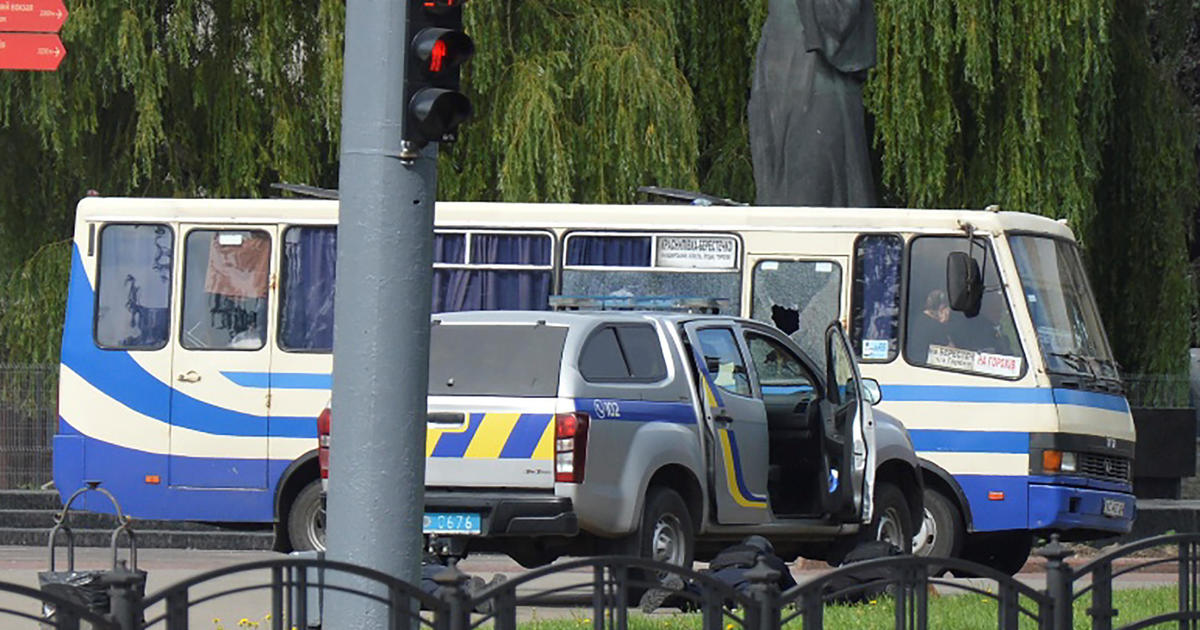 Ukrainian law enforcement officers lie on the ground behind a car near a passenger bus, which was seized by an unidentified person in the city of Lutsk, Ukraine July 21, 2020.

Kyiv, Ukraine — An armed man seized a bus and took some 20 people hostage in northwest Ukraine on Tuesday, Ukrainian police said. Police sealed off the center of Lutsk, a city 250 miles west of Kyiv.

The assailant was armed and carrying explosives, the police said in a Facebook statement.

Officers were trying to get in touch with the man. They had identified him and said that he expressed frustration with “Ukraine’s system” on his social media pages.

Ukrainian media reported that gunshots could be heard at the scene. It wasn’t immediately clear whether anyone has been injured.

“Gunshots have been heard, the bus is damaged,” Zelenskiy said in a Facebook statement, adding that measures were being taken to resolve the situation without casualties.