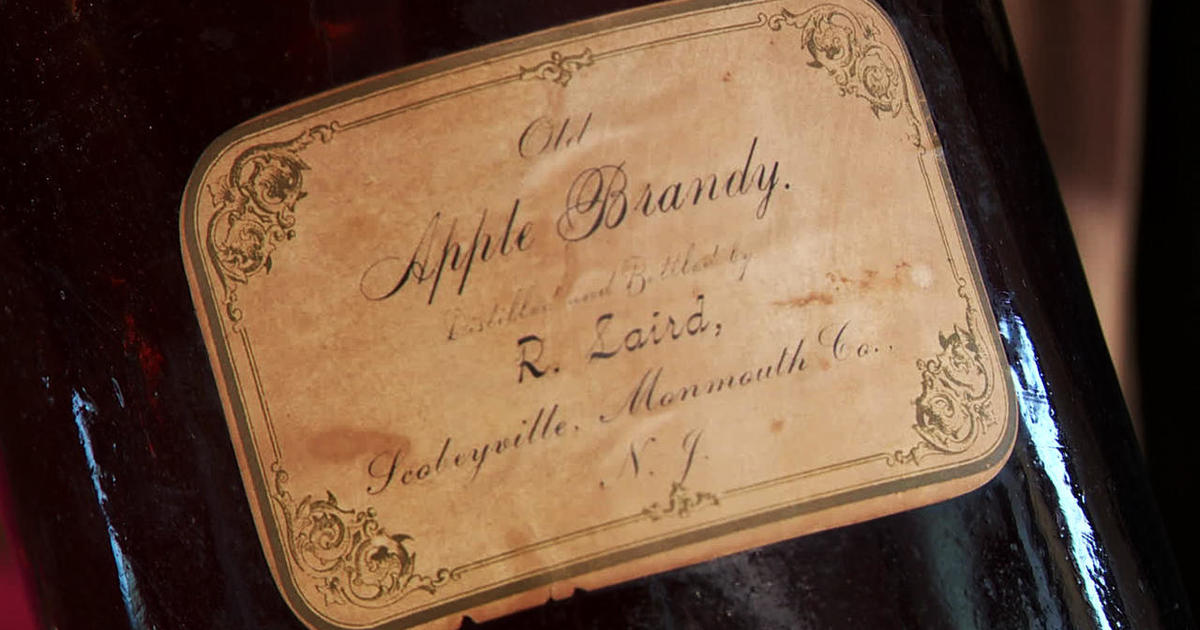 Applejack, a spirit as old as the American Republic

It may come from an apple. But this is not apple juice. “It smells apple-y; it also smells very strong,” said correspondent Mo Rocca.

“It’s 100% proof. So, it’s a bit strong,” said Lisa Laird Dunn, who runs Laird & Company in New Jersey, the oldest family of distillers in the country

For nine generations Lairds has been making applejack, which is another name for apple brandy. “Our first official record of sale is 1780,” said Dunn.

General Washington and his troops were big fans of the stuff. “I do like to say that’s what got them across the Delaware that cold Christmas Eve night,” Dunn said. “I can’t verify that, but I like the story anyway.”

For nine generations the Laird Family of New Jersey has been producing applejack, or apple brandy, an alcoholic beverage that helped fortify a revolution.

Eighteenth-century America went ape for applejack, in part because fresh water was so hard to come by.

“They started off their day with porridge over the fire, and then they’d pour some applejack in it,” Dunn said.

Early applejack was made through a process called “jacking”: during the winter, barrels of low-alcohol cider were left to freeze overnight. In the morning, the ice that formed would be chipped away. The liquid that remained was the highly alcoholic applejack.

Dunn said, “It would get pretty potent. And it had some crazy names, such as Horn of Gunpowder and Mouth of Bluefish Quills.”

The drink of the common man, applejack played a powerful role in politics. When William Henry Harrison ran for president in 1840, he was dubbed “the hard cider candidate.”

Rocca said, “That was meant as an insult at first, is that right?”

“It was, it was,” Dunn replied. “But he took that as his rally call to the working class.” (He won.)

Laird’s aging room contains orchards’ worth of alcohol. “This is where we age all of our apple brandy, applejack. It takes about 7,000 pounds of apples for one barrel.”

Now, while an apple just gets rotten with age, apple brandy blossoms over time, aged a minimum of three years.

Rocca sampled some: “Oh, that goes right down! Mmmm! Kids, forget the red apple. Bring that to your teacher!”

Despite these sobering times, the family is keeping spirits up. Lisa’s son, Gerard, is already learning the ropes, the tenth generation of Lairds to make applejack.

“The Laird Family, we drink our apple a day, and we’re all very healthy!” Dunn laughed.

Read More: Applejack, a spirit as old as the American Republic

The oldest Chinese restaurant in America »