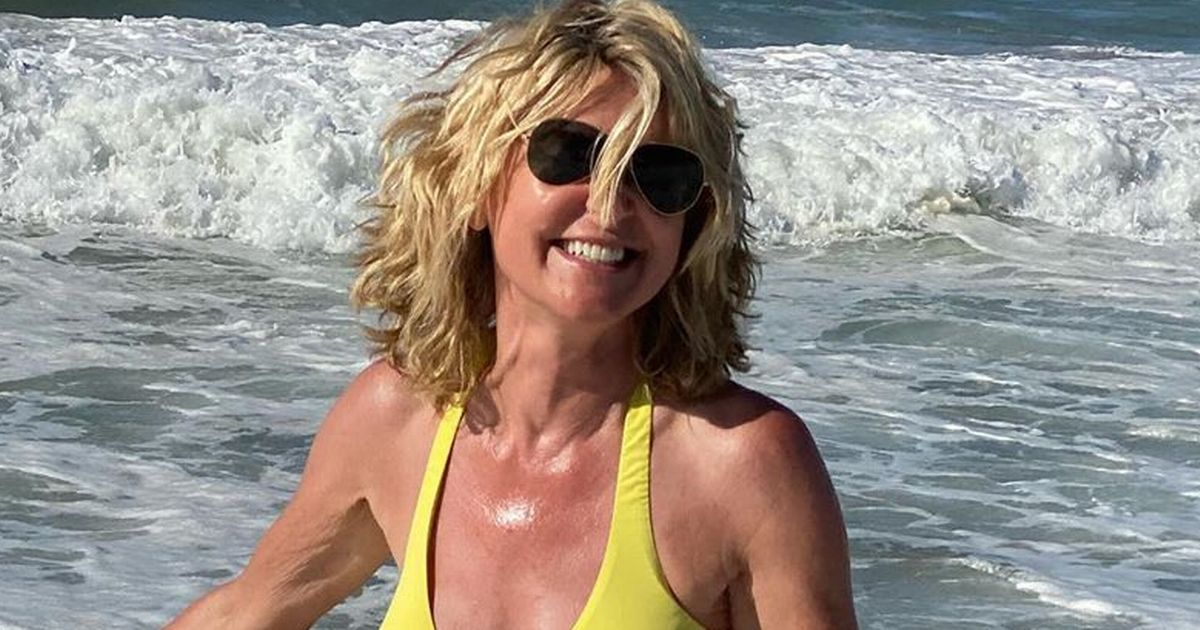 Anthea Turner, 60, looks sensational as she poses in tiny yellow bikini in Greece 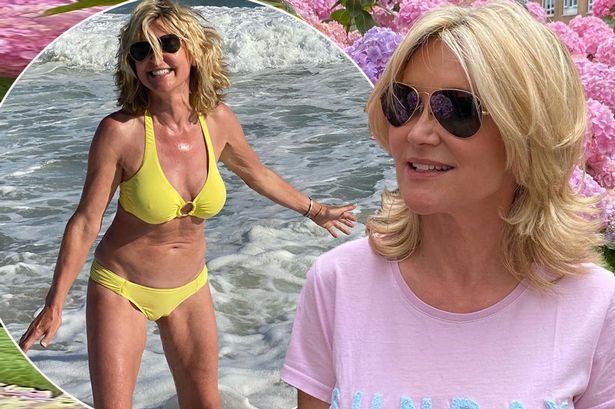 Anthea Turner looked incredible as she slipped into a revealing yellow bikini on her sun-soaked Greek getaway.

The TV presenter, who turned 60 this year, was all smiles as she splashed about in the ocean in her plunging swimwear.

Showing off her taut tum and athletic figure, body confident Anthea appeared in great spirits – despite having come to terms with the fact her upcoming wedding has been cancelled.

Anthea and her business tycoon beau Mark Armstrong decided to get over their disappointment by island hopping around Greece. 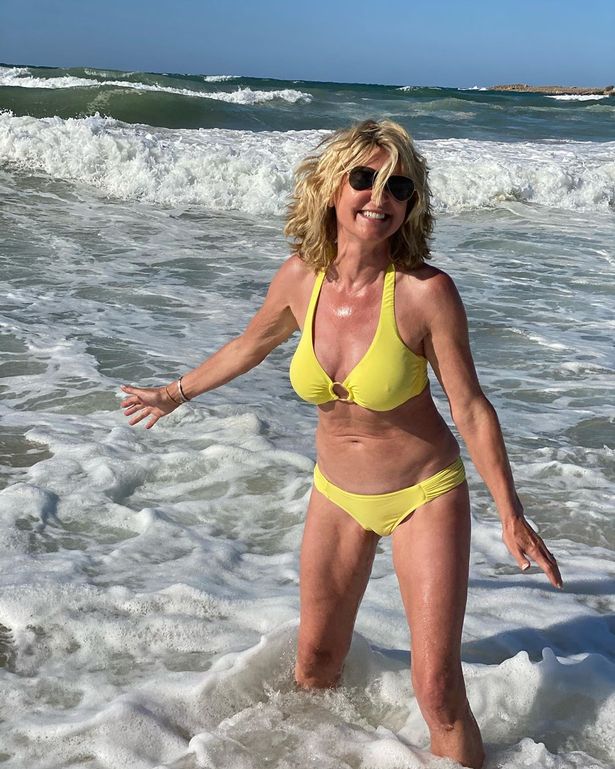 Sharing with fans her destination list, Anthea posted clips of herself on social media and wrote: “Back from my beautiful Greek Odyssey to Santorini, Naxos and Crete. This was the last shot taken while saying goodbye to the Aegean Sea the second shot taken this morning !!”

The ‘after’ shot showed Anthea’s laundry load as she emptied out her holiday suitcase.

“Nothing like a white wash to say “I’m home”,” she joked.

“I actually love coming home and even through we Brits have turned complaining into a national sport it’s still the place that holds my heart,” said the loved-up star. 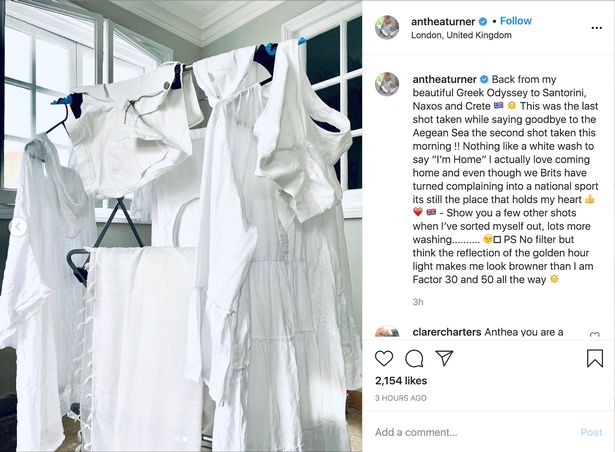 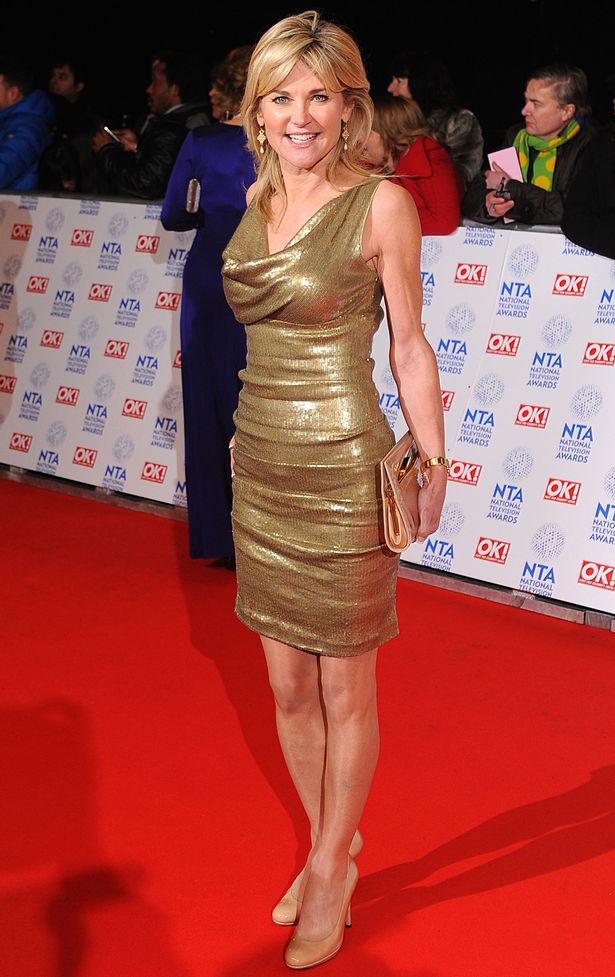 This year Anthea had been due to walk down the aisle for the third time but her wedding to parter Mark had to be cancelled owing to coronavirus restricitons.

The lovebirds had planned to get married in Mark’s native Italy but their romantic plans fell through.

Speaking to Hello! Anthea revealed: “Mark and I had planned to go out and look at venues in March and then set a date for September.

‘Mark is from Italy, his family are from Milan, so it seemed the perfect place for us.

‘It will be next year now. I am not even in any angst about it. When we do it, it will be small and cute, just with our close friends and family.’ 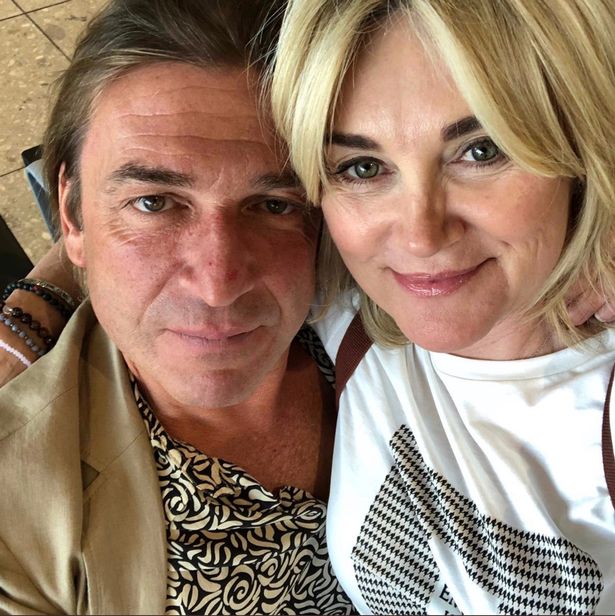 She was previously married to Grant Bovey for 13 years – before they split in 2013 when Anthea uncovered he was cheating with a woman half her age.

Before that the former Blue Peter presenter wed DJ Peter Powell in 1990 before their marriage ended in 1998.

Describing how she knew Mark was The One, Anthea gushed: “Mark is the absolute love of my life, we adore each other.