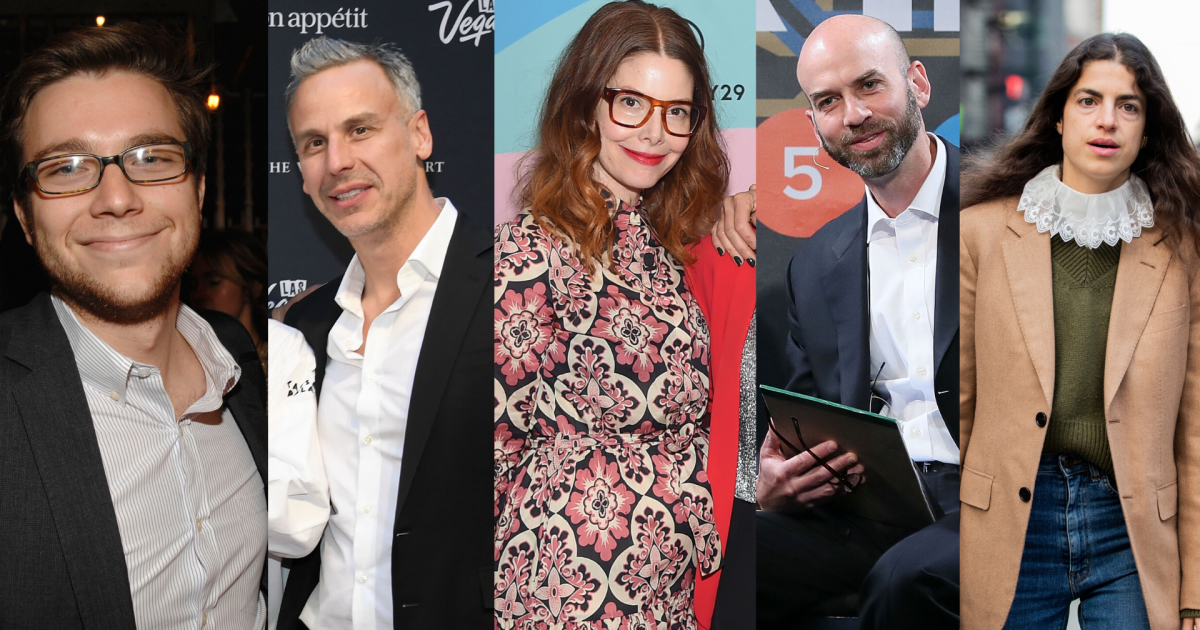 The death of George Floyd has re-ignited a global movement against the police killings of black people, and with it, there are renewed calls for American media companies to root out structural racism, with some challenging the practices of senior leadership. This broader discussion, which often unfolds on social media, has forced shake-ups at several outlets, including The New York Times, Philadelphia Inquirer, Refinery29, Man Repeller and Bon Appétit.

Adam Rapoport, the now-former editor-in-chief at Bon Appétit, resigned after a 2013 Instagram photo of him dressed in a stereotypical Puerto Rican costume resurfaced on social media. Several staffers at the Condé Nast-owned publication accused Rapoport and leadership of discrimination.

Sohla El-Waylly, an assistant editor, said on Instagram that the image is “just a symptom of the systematic racism that runs rampant within the CondeNast as a whole.” El-Waylly said she wasn’t paid for appearances on the company’s YouTube channel, while white staffers were compensated: “I’ve been pushed in front of video as a display of diversity.”

I do not know why Adam Rapoport simply doesn’t write about Puerto Rican food for @bonappetit himself!!! https://t.co/rW0k5tjMoS pic.twitter.com/odZnFLz2gd

Ryan Walker-Hartshorn, Rapoport’s assistant, said in an interview with Business Insider that her former boss repeatedly denied her a pay raise and suggested she go work somewhere else. “I am the only Black woman on his staff,” Walker-Hartshorn told the outlet. “He treats me like the help.”

Bon Appétit on Wednesday issued an apology to readers and contributors, promising to make the publication an “inclusive, just, and equitable place.” The staff promised to prioritize people of color to replace Rapoport, conduct anti-racism training, and resolve pay inequities across the company. “It means dismantling the toxic, top-down culture that has hurt many members of our staff both past and present and supporting Condé Nast’s internal investigation to hold individual offenders accountable,” the statement said.

That same day, Matt Duckor, the vice president in charge of programming at Condé Nast, announced his resignation, The New York Times reported. Earlier in the week, Duckor was criticized for racist and homophobic tweets that surfaced, with one tweet reading, “Are you in Harlem with all the black people and Asian same-sex couples?”

At Refinery29, co-founder and top editor Christene Barberich resigned following an outcry from staffers who said they experienced racism in the workplace, a toxic work environment and pay disparities. Barberich said Monday she was stepping down after seeing “the raw and personal accounts of Black women and women of color regarding their experiences.”

Former Refinery29 employees shared posts about racism they experienced, from pay disparities to a toxic culture. Ashley Alese Edwards, a former employee, tweeted: “There needs to be real accountability for the systemic discrimination and disrespect Black, POC, and other marginalized people (bc yes, this happened to queer people too) faced while employed there.”

Writer Ashley Ford, who worked at the fashion site for less than nine-months, said “white women’s egos” ruled the editorial processes. “One of the founders consistently confused myself and one (of) our full-time front desk associates & pay disparity was atrocious,” she tweeted.

The New York Times’ editorial page editor James Bennet resigned over the publication of Senator Tom Cotton’s incendiary opinion piece. With the headline “Send in the Troops,” the Arkansas Republican advocated for using military force to bring order to the protests. The piece sparked an outcry from Times journalists, with several claiming on social media that publishing the op-ed endangered the lives of black staffers.

An editor’s note has since been added to Cotton’s essay, saying “we have concluded that the essay fell short of our standards and should not have been published.”

I’ll probably get in trouble for this, but to not say something would be immoral. As a black woman, as a journalist, as an American, I am deeply ashamed that we ran this. https://t.co/lU1KmhH2zH

Another headline published by The Philadelphia Inquirer ignited rounds of criticism, leading to the resignation of the paper’s top editor, Stan Wischnowski. Staffers were upset over the headline, “Buildings matter too,” in reference to the destruction of property during the protests. Thirty members of the 210-person editorial staff called in “sick and tired of not being heard.”

Founder Leandra Cohen announced she would be taking a step back from Man Repeller after facing criticism from readers. Cohen issued a blog post addressing the protests, which was slammed by readers. One said: “I’m sorry but MR can never be inclusive. You’d have to change your entire raisin d’etre.”

Another wrote: “MR has always had a reputation in the industry for its internal lack of diversity and representation. This manifests itself through an often tone-deaf and privileged perspective on unachievable fashion for readers it claims to be inclusive of.”

At the Pittsburgh Post-Gazette, two black journalists said they were prohibited from covering the protests. Alexis Johnson, a reporter, said she was no longer allowed to cover the demonstrations because of a tweet that read: “Horrifying scenes and aftermath from selfish LOOTERS who don’t care about this city!!!!! …. oh wait sorry. No, these are pictures from a Kenny Chesney concert tailgate. Whoops.”

Horrifying scenes and aftermath from selfish LOOTERS who don’t care about this city!!!!!

…. oh wait sorry. No, these are pictures from a Kenny Chesney concert tailgate. Whoops. pic.twitter.com/lKRNrBsltU

“They kept calling it an educational conversation, but there was no warning, no ‘Hey can you take the tweet down?’ By Monday morning, they had decided I would no longer be able to cover it,” Johnson said in a news conference.

Michael Santiago, a Pulitzer Prize-winning photographer, said he was also pulled from protest coverage but said management has yet to tell him why.

However, the paper’s executive editor, Keith C. Burris, pushed back, denying any wrongdoing in an open letter. “Editors at this newspaper did not single out a black reporter and a black photographer and ban them from covering Pittsburgh protests after the killing of George Floyd,” Burris wrote Wednesday. “That is an outrageous lie — a defamation, in fact. We assumed the lie was so outrageous that it did not need refutation.”

Reporter Joshua Axelrod, who is white, told CBS Pittsburgh he was spoken to by management after making a “legitimate journalistic mistake on social media.”

“I was initially treated in a much more lenient manner by newsroom management than Alexis Johnson or Michael Santiago were and was only taken off protest coverage retroactively,” Axelrod said, admitting he decided to speak out in support of his coworkers.

“Trying to put a Band-Aid on an amputation”

Soraya Chemaly, director of the Women’s Media Center Speech Project, told CBS News that current and former employees at these media companies are risking their futures, but said their grievances are necessary to effect change.

“We know that people who come forward with these stories, do it at risk to their reputations, and their earnings and they’re fearful,” Chemaly said. “When people do that, when they raise these stories, they give space for other people to not have to experience these things.”

While the resignations of top editors are a symbolic step for newsrooms, Chemaly is skeptical of their impact on effecting lasting change.

“The suggestion of these resignations is that there are just a few bad apples. And if we get rid of the bad apples, we’re fine. And of course, that’s not right. We have a barrel problem, not an apple problem,” Chemaly said. “The statements, the resignations, the commitments to Black Lives Matter or to be anti-racist, those are not things that happen in a moment. They require long term investment, cultural awareness, introspection, systemic changes, changes in the way people are hired, in the way they’re given tenure, in the way that they’re paid, in the way that they’re rewarded for their work.”

Chemaly likened the resignations to “trying to put a Band-Aid on an amputation.”

“It’s the best you can do in the moment to have a visible response,” she said. “But it really needs to be followed up with money and resources and structural change. And those are the things that take time and sustained effort and commitment.”

« Some teachers see a silver lining in remote learning