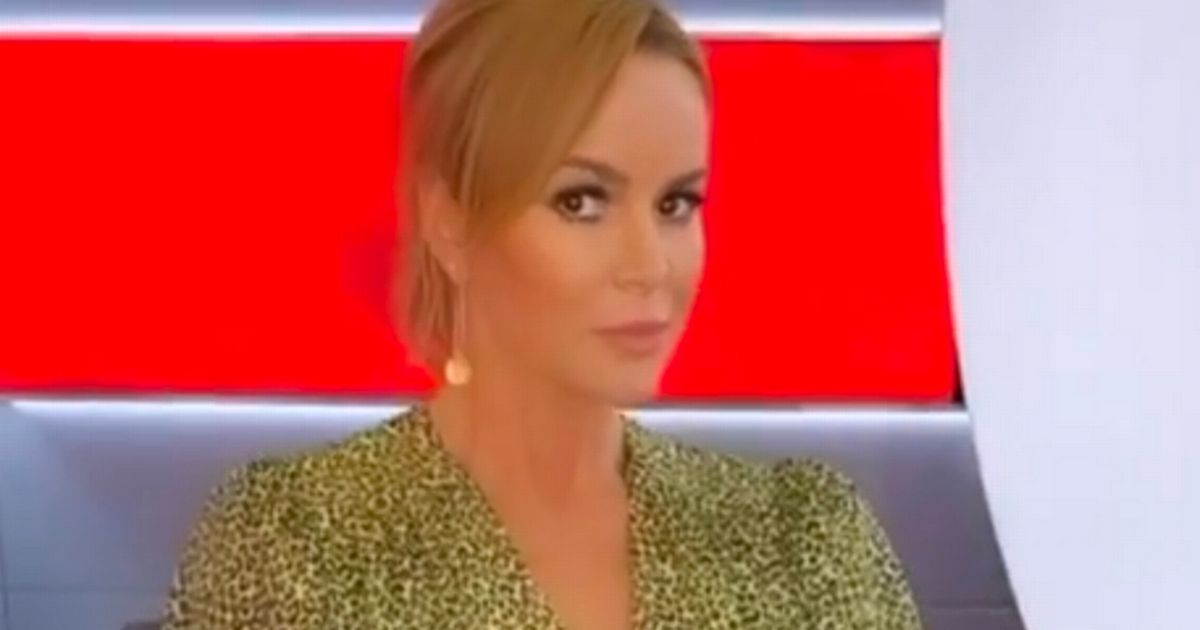 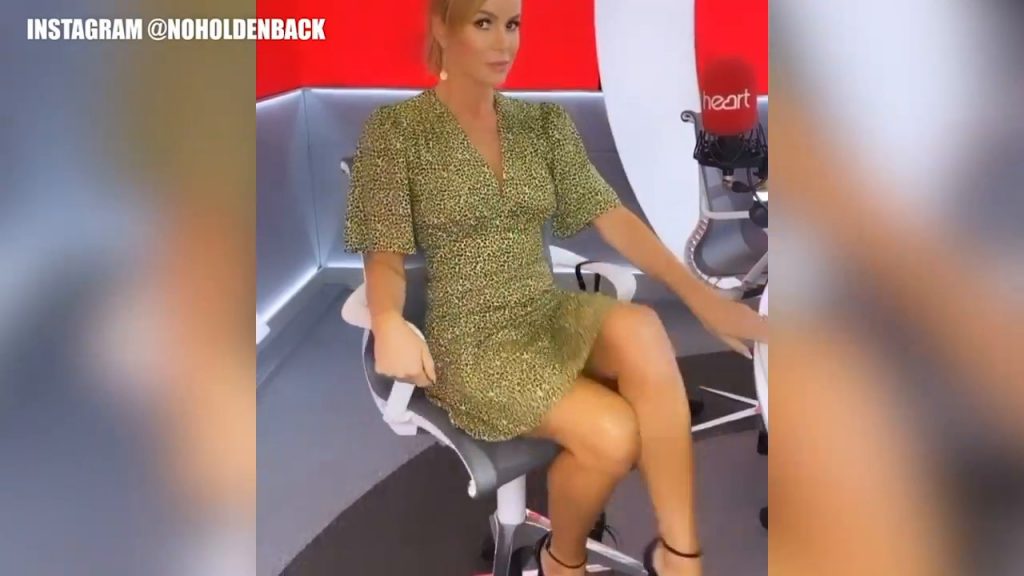 Amanda Holden nearly gave her fans more than they should see in a cheeky picture clip in which she seemed to channel Sharon Stone.

The 49-year-old Britain’s Got Talent judge was sitting for her breakfast presenter’s role on Heart Radio when she uncrossed and crossed her legs.

Amanda almost recreated the infamous Basic Instinct moment that made Sharon Stone a household name, with fans joking that it was a “close call”.

The boomerang snap on Instagram sees Amanda wearing a green leopard print dress which is around thigh length when sitting down.

Her 1.5 million followers must have had a sharp intake of breath as the image started moving, with Amanda twirling in her chair as she uncrosses her legs. 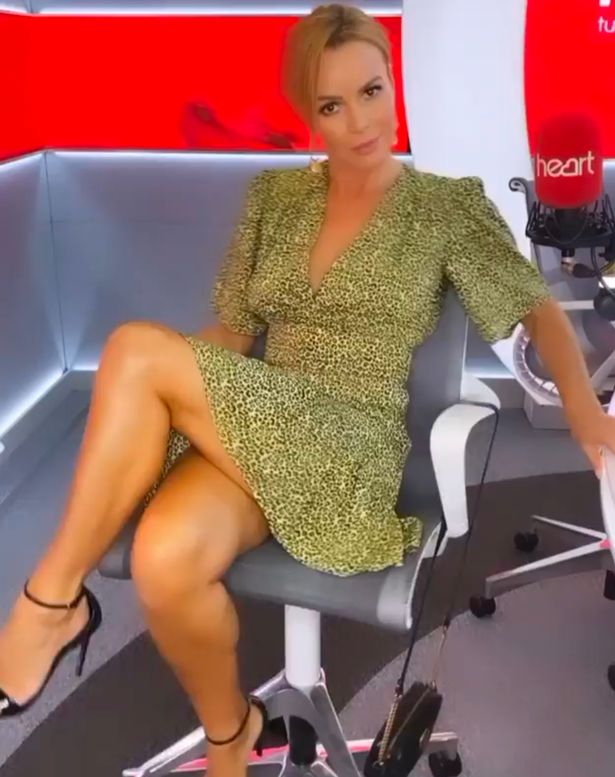 The Heart Breakfast presenter, 49, nearly gave her 1.5m followers an eyeful in a move that was reminiscent of the iconic scene from hit 90s film Basic Instinct.

Her fans joked that they almost saw everything as comparisons to the moment Sharon Stone’s character flashes a room full of men while being interrogated in the 90s film.

One fan was quick to write: “That’s a close call”

Another commented: “Even sexier than when Sharon Stone did it!”

A third added: “OMG that dress is so gorgeous & cute queen mandy” 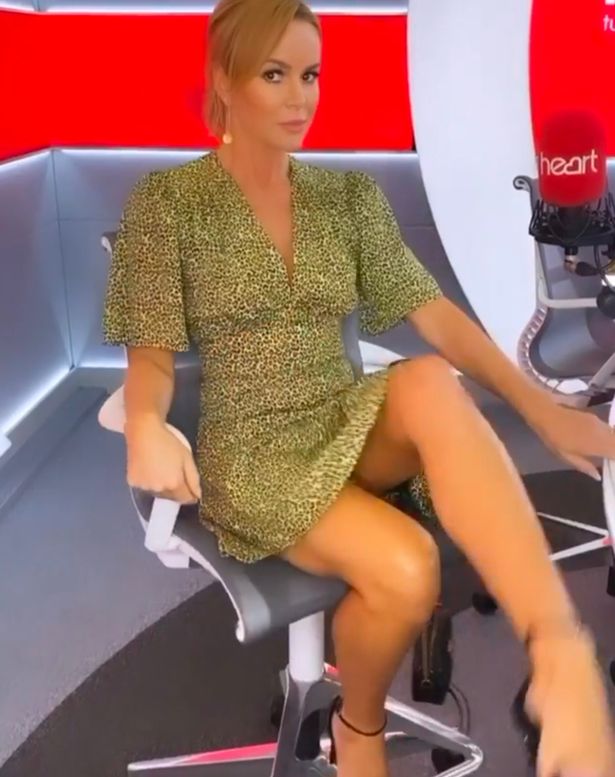 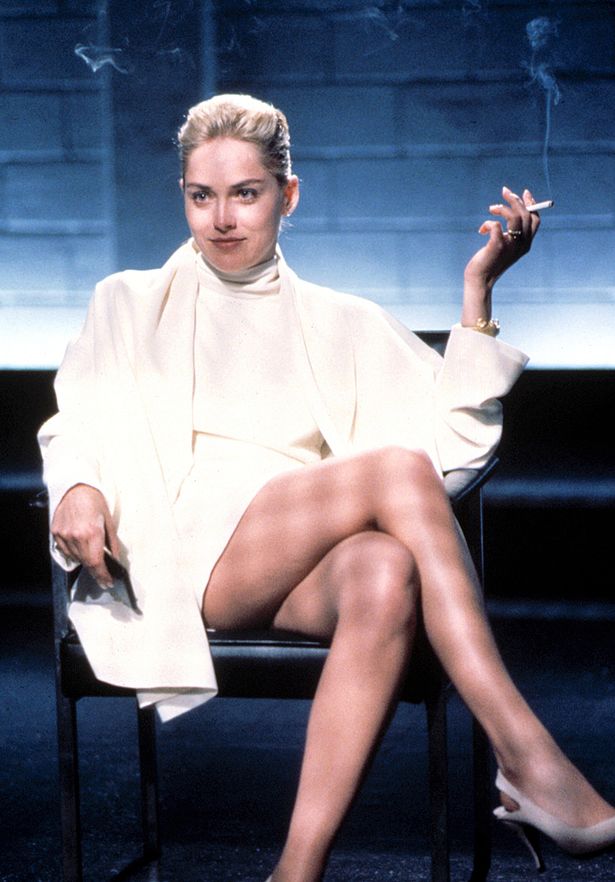 Amanda has stepped in as head judge on Britain’s Got Talent since Simon Cowell broke his back in a bike accident and it has been quite a week for the ITV show.

TV watchdog Ofcom have received more than 24,000 complaints about Diversity’s Black Lives Matter dance and she has stepped to have her say in defending fellow judge Ashley Banjo and his dance troupe.

She has said that she is backing Ashley “100 per cent” as he faces a huge backlash. 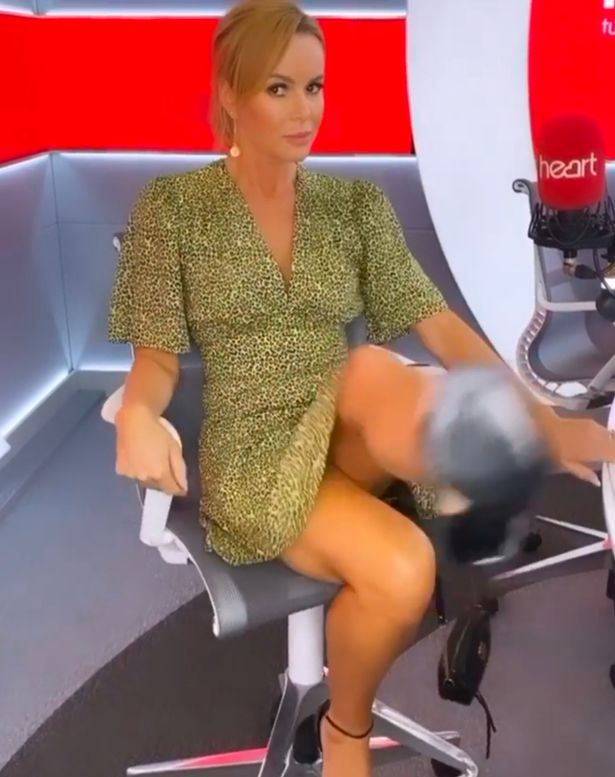 Amanda said: “It is extraordinary. I think the number of negative complaints means this conversation is right and needs to happen.

“What hasn’t been reported is the positive response – hundreds of thousands of them. We stand by them and stand by Ashley Banjo 100 per cent.”